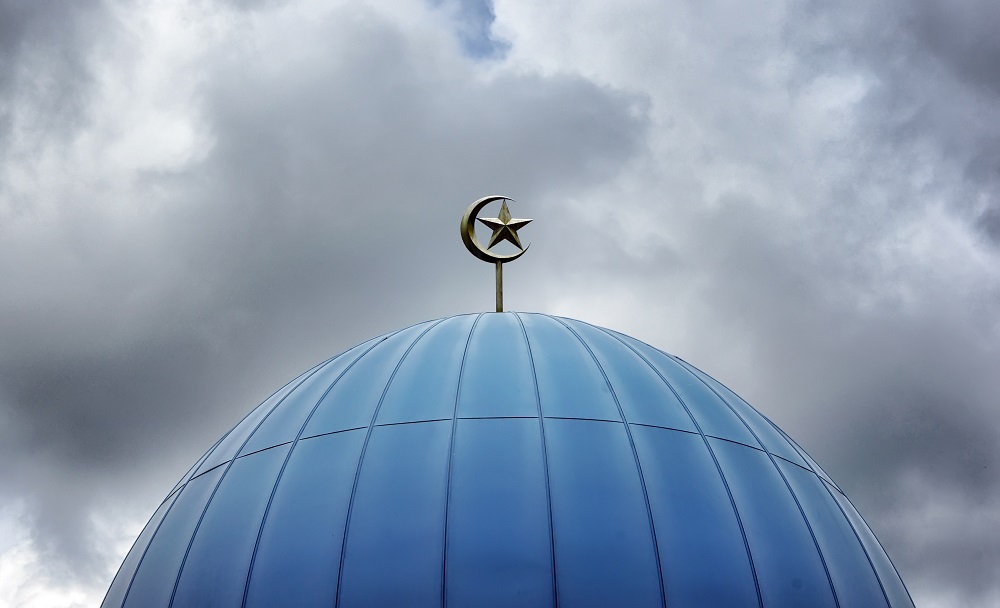 When I was six years old, all I wanted was to be Christian. Christianity seemed inherent to the American ideal. The blonde hair, the blue eyes, the quintessential Barbie look, may have been unattainable for me, but religion–religion seemed like something more in my control.

Plus, I was the only “brown girl” in my class and all my friends were Christian and went to church on Sundays. All I wanted was to listen to sermons, sit on long wooden benches and wear “church clothes” and bask in the feeling of inclusion. Friday nights were also a sore spot for me, the nights all my friends would go to the mall or have sleepovers and I would scurry to Jamatkhana, my place of worship.

[Read Related: ‘Women Like Us’ is the New Female-Centric British Muslim Show That Every Country Needs]

As I grew older and more self-aware, that desire to fit in faded and disappointment in myself trickled in to replace it. I came to recognize that the community I have is a blessing, not a curse because it not only distinguishes me but gives me a support system. Now, though I do have doubts, I am not embarrassed of my commitment to my faith. It took me time to realize that being American and being Muslim are not mutually exclusive identifiers. You don’t have to be one or the other. You can be both.

Recently, I heard my parents talking about how flyers in the United Kingdom have been circulating that designate April 3rd as “Punish a Muslim Day.”  The flyers detail a point system, rewarding participants for physical and verbal abuse as well as terrorist activity like bombing the holy city of Makkah. First of all, what are we, as Muslims, being punished for? The work of a few radical extremists? In what world is punishing the innocent justified? There are many people of many different cultures and ethnicities out there that have committed heinous crimes. Are we going to “punish” everyone who shares even the vaguest likeness with the perpetrators? Or are we going to respect our differences and try to solve the real problem? Personally, I’m leaning toward the latter.

While we were talking, my dad said that there was no real reason for fear, claiming we don’t really look like “typical” Muslims. He said we should just that we should remain alert and cautious. But this reasoning seems like part of the problem.

If an entire religion is being targeted, including those who have done nothing wrong, where is our interfaith solidarity? We need to stand by each other even if we don’t “look” Muslim. We all believe in the fundamental tenets of Islam and we shouldn’t ignore the problem we know is there just because it doesn’t directly affect us. It is really easy to take something like faith and cling to it when it is convenient. It is much harder to champion it in the face of adversity. Now that I understand what it means to be a Muslim, I refuse to let fear take that away.

Sana Hameed is a freshman Business major at the University of Texas at Austin, hoping to minor in journalism. She is passionate about family dynamics, gender equality, and representation. In her free time, Sana adores reading, working on her novel, doing tae kwon do, and indulging in her love for dark chocolate. As Culture and Identities Editor of Brown Girl, Sana hopes to help amplify the voices of girls everywhere by promoting pluralism and highlighting significant world issues.