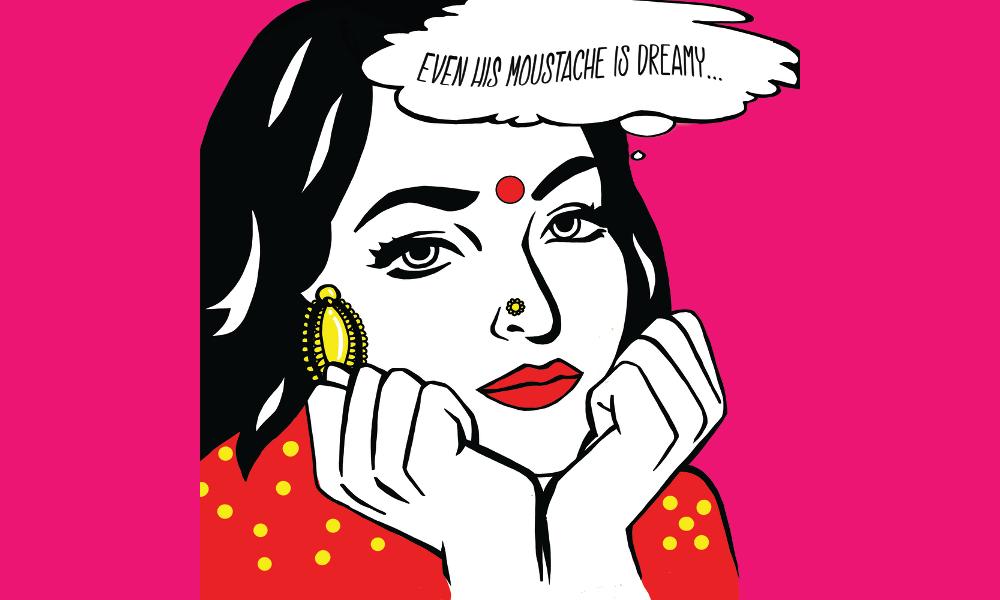 “You’ve never been in love? What… never?”

As I sat in that café, talking to my relatively newish friend, I frantically tried to wrack my brain. Perhaps I should’ve been asking my heart, but she wasn’t playing ball that day when she asked me. Had I really never been in love before?

Aside from the love I felt for (and received from) my family, my friends and that self-love thing we should be doing, I don’t think I’d felt that type of love — romantic love between two people. Well, that’s what I led my friend to believe.

But the truth is, I had been in love. I can’t have gone 31 years in this world without feeling something, for someone. I mean, no guy has ever loved me (at least, I don’t think so), but I had been in love, once — and I think, in a way, I still do love him. At the time, I didn’t worry whether my love was requited or not, because being with him and the very thought of him, made me happy. British playwright, W. Somerset Maugham captured my sentiments perfectly in his novel, “The Painted Veil,” when he says,

“I never expected you to love me, I didn’t see any reason that you should. I never thought myself very lovable. I was thankful to be allowed to love you and I was enraptured when now and then I thought you were pleased with me or when I noticed in your eyes a gleam of good-humoured affection.”

I loved him against reason and against hope. I think I even finally understand Charles Dicken’s protagonist Pip’s beautiful pain in the infamous novel “Great Expectations,”

“Once for all; I knew to my sorrow, often and often, if not always, that I loved her against reason, against promise, against peace, against hope, against happiness, against all discouragement that could be.”

But was all of that really love when it’s unrequited — where you’ll never feel the love from the other side? If you never experience the full force of this pulsating, yet at the same time, tranquil emotion – can that still be called love?

Once upon a time, I was a chubby 18-year-old, entering the life of university, armed with Vikram Seth’s “A Suitable Boy.” Standing tall at 1,349 pages (one of the longest novels published in a single volume in the English language), it was my version of Leo Tolstoy’s “War and Peace” — albeit a romantic (not to mention desi) version of Tolstoy’s magnum opus. I was growing up and this book was my way of showing the world just that. Not much of a voracious reader back then, I managed to make this book last the full three years. Not because it was dull — quite the opposite. I just didn’t want it to end.

You see I knew, even before I had entered the steely gates of my university, that I wouldn’t be experiencing any real-life romance on campus. Not only was I carrying puppy fat, I was an achingly shy girl, unable to communicate with my own sex, let alone, gosh, boys!

But inside, I was aching for butterflies, for romance. For love. A small, silly part of me dreamt I’d find my soul mate within the confines of the university library and be married by 23, with an army of children to follow. Not that I’d ever dare to usher those thoughts to anyone I knew. They were just that. Thoughts. Dreams. Naivety. Plus, back then, I didn’t dabble in intoxicants, so there was zero chance of finding Ryan Gosling to LaLa up with.

So the novel provided the perfect escape from what was a lonely world, romantically
speaking. I could live each and every relationship, be every character and feel their love, whilst conveniently minimizing any pains of rejection.

Thirteen years on, many years after turning the final page on Seth’s masterpiece, I’ve yet to find my own ‘Suitable Boy’ — whatever that really means. There have been crushes, dates, things that didn’t quite become relationships, more crushes. And then that one love. One-sided.

But this time, I had nowhere to hide — I couldn’t become a character. The pain was real, very real. 3D real. When he was sad, I’d be tearful. When he was happy, I’d be elated. It was pathetic, but I hadn’t experienced this type of feeling for someone who wasn’t family or a close friend. He meant more to me than I ever imagined — and in such a short space of time. The love I was feeling felt dizzying, unconditional, boundless. And even though it’s been several months since we stopped dating, even stopped speaking to each other, I still feel the same, albeit less dizzy.

I’m sure it’ll subside, with time. These things do, I’m told. But I know I won’t stop caring. If he’s happy, I’m happy, and if that means him being with someone else — someone amazing who he does love, then how could I not be happy for him?

Did I regret it — falling for him? I’d do it all over again. And I wouldn’t change a thing.

London girl, Rema Chandran is a marketeer by trade, with a love for cricket, badass Bollywood, all sitcoms and samosa chaat. When she’s not talking brands and how to leverage growth opportunities, she’s busy writing. Her topics will vary: whatever gets her at the time excitable/sad/angry, you’ll probably find it here. Oh and one last thing: call her what you want, but don’t ever call her a coconut!