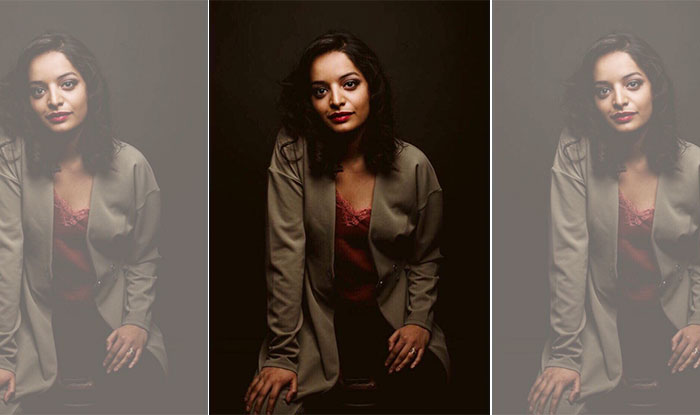 Lisa Mishra is a brown girl we should get used to hearing in the music industry. She recently collaborated with Jamila Woods on the theme song for the Emmy-nominated web series called “Brown Girls.”

A one-person team, she films her songs in a single take and has been editing her own videos since the age of 13. Leaving India in 2000 and making Chicago her new home, Mishra never really ditched her culture — this is evident in her work. Growing up in a household full of untrained song lovers, the singer grew accustomed to the art of singing, but she also had to pursue some form of education while chasing her dream.

Being the good “Indian” girl, she double-majored in Economics and Religion. When she is not working with numbers, standing up for women’s rights, and/or reading in depth about Hinduism, you will see her constantly practicing. As unreal as it may seem, she is not trained “under any particular guidance.” She tried training for a year when she was about five years old, she mentions. How does she sing so effortlessly then? Well, an hour-long commute back and forth from work daily is a great time to start rehearsing a song. She giggles and says,

“I am terrible at listening to music.”

However, when she does get a chance to listen to new music that she loves, Mishra doesn’t back down from trying it out.

Having more than 90,000 subscribers to her name, she took a year-long break from doing covers on YouTube. As much as she loves doing covers — did you hear her recent “Dil Diyan Gallan” mashup collaboration with SAMAA — she wanted to develop original lyrics and music.

This period of reorientation, as she mentioned, gave her time to not only work on her music but also to reflect on herself and her goals. The overwhelming love that she received on a little sneak peak of her own song on Instagram made her confident in believing that she can, in fact, give enough credit to herself. She says,“You always need a little push.”

So. I’ve never done this. I wrote this song a few months ago and the words make sense again in a completely new way. Wow, actual words I wrote. And 17,000 of you can now hear them. Here goes.

Mishra writes her thoughts out and composes music that is close to her heart. Her tunes are soulful, yet fun. She is in the process of developing a dream team at the moment and cannot wait to showcase her work in the rest of 2018. As a brown girl who is determined to make her footprint in the industry, both in America and India, she claims that external motivation is her key to success.

When asked about the barriers in the music industry, the young artist states that it is definitely harder as a female, that too, a South Asian one, to pave your path to success. Bollywood’s music industry, on the other hand, is a bit-less sexualized and more merit-based, she thinks. Nevertheless, Mishra is making her mark on YouTube and garnering respect worldwide for her unlimited talent.

Mishra tells us, brown girls, to not think about the reward when are trying to achieve our goals. She truly demonstrates her motto as she mentions that she would like to create an album and she would be just happy that she has completed her first of many goals!

We cannot wait to see what the future has in store for this beauty with bountiful talent. Go check out her FaceBook and YouTube channel for more of Mishra’s tunes and collabs, and make sure to subscribe to listen to her melodious voice.