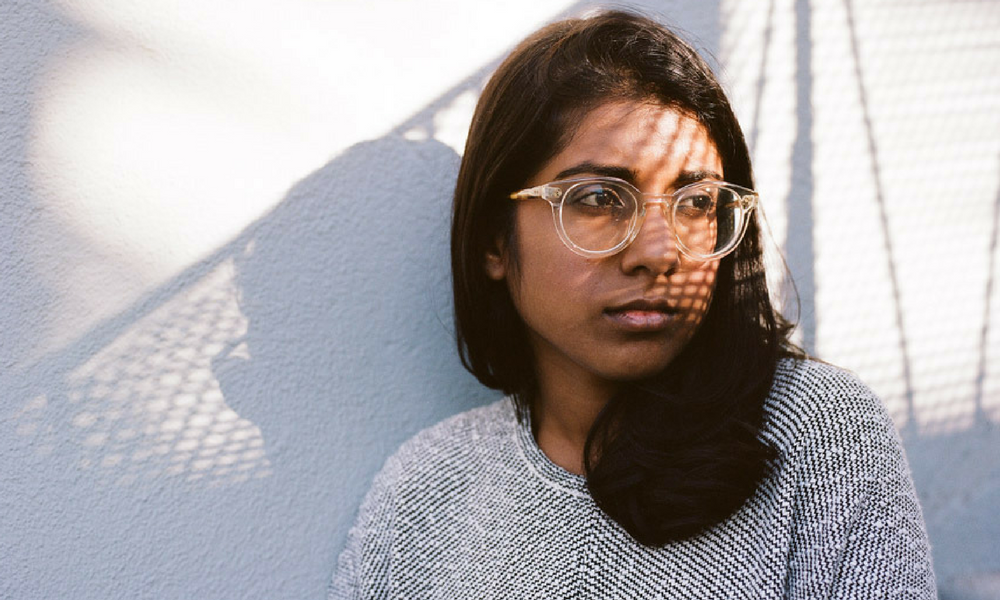 Minhal Baig, a trendsetter within the South Asian storytelling diaspora, is breaking the mold with her lives’ work to authentically tell stories that truly capture what it means to be young, brown and American.

Baig is a writer and director who studied Fine Arts at Yale University. Her parents migrated here from Pakistan and settled in Chicago, Illinois, where she was raised.

Although still early in her career, Baig is working on her second feature film “Hala,” a story about a Muslim-American teen who struggles with balancing her personal desires and her family’s ideals.

I spoke with Baig about her journey thus far, and what transpired was an intimate exchange about writing, culture, family and creativity.

“I was telling a friend of mine that a lot of my ideas about what a family is supposed to be were based on how American families interacted with each other on television,” Baig said. “My experience growing up in Chicago with my parents who are Pakistani immigrants was normal — it wasn’t unusual. I thought there was nothing particularly special about this. My parents were like, ‘We put a roof over your head, food on the table. What do you have to worry about?’

“One of the things that I found was the parents on television were interested in the emotional worlds of their children. I just found that so bizarre because my parents never lend themselves to questions that would let them know what’s going on in my internal world. That’s just not something that we discussed ever. To see that in movies and television, it was like, ‘Wow, is this a movie parent?’”

“Then, I met people’s parents who are comfortable with themselves and can speak freely. They have a rapport with their children that goes deeper than worrying about just their physical welfare. I think all families are complicated and have their own problems, but that’s just something I didn’t experience growing up.”

On the unique perspective of Muslims

“I’ve seen a lot of films from other countries that explore the challenges of struggling with two identities – being one way in private and having to be another way in public,” she revealed. “One of my favorite filmmakers is Asghar Farhadi. He’s an Iranian filmmaker, and he tells stories in the political and social political reality of living in that time. His films are made for both people in his country and also for people outside.”

“There’s a scene in Babak Anvari’s movie called ‘Under the Shadow,’ where the main girl is running away from this monster, and her hijab falls off,” Baig added. “She runs into a police officer, and he yells at her for not wearing her hijab. She has to go back to the house where the monster is, all because of that. That scene was so delightful because the tension and conflict are so much about that world and the realities of that world. On top of the horrors of a monster in the house, there is the social and political pressure of living in Iran at that time. Watching that has given me perspectives in my film.”

On writing and directing

“I always knew I wanted to tell stories when I was younger. I went to college and went into painting and did visual arts, and I was still playwrighting. I thought filmmaking was a powerful combo,” she said.

“I realized the only way to start sharing my stories was to just do it. It doesn’t cost anything except time to write a script. I had just been writing scripts for the last six to seven years, and a lot of them were formal exercises. It wasn’t until ‘Hala’ that I felt I’m telling a story that only I can tell. A lot of it is based on my experiences, and it’s uniquely my voice. It was cathartic to write it.” 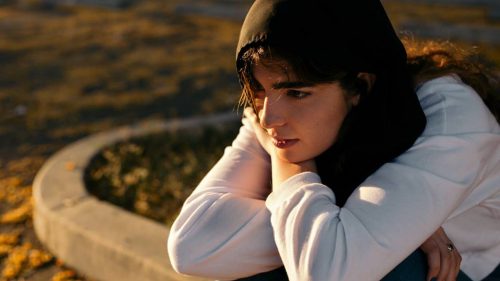 [Still from the short film “Hala.”]

“I made the short film for ‘Hala,’ and it was always my plan to have it as a proof of concept for the full-length movie,” Baig said.

“There’s that layer of foreign language in which we get to see the domestic and interior lives of this type of family. I’ve seen movies present it in a very surface way, trying to paint a picture and normalize it.”

“I don’t like to go out of my way and say this is an ‘issues’ movie because it’s not. It’s written like a coming of age story.”

“’Hala’ was the first short film I wrote, directed and shot. It took a long time to put together. After that, I realized I can do this. I can direct, crowd fund and create this. It was trial by fire—just doing it and not worrying about what the end product looked like. You can’t be afraid to fail. It just feels like I have to put myself out there, and if no one cares about it, it’s okay because I got to tell a story that I care about.”

“I got a lot of responses from young women that was really validating and made me feel this story was worth telling. I do think it’s relatable to a wider slot of people than one might think. There’s a lot in this story about having a dual identity, knowing your true self and your sexuality, and reconciling the love of your parents and also wanting to live your life the way you want to live it.”

On personal similarities with Hala

“I think Hala [the character] is different from me in the sense that she reacts very differently to pressure than I did when I was growing up.”

“I’m really glad I was raised the way I was. With my parents, it was very much the mentality of, ‘You have to grow up and grow up quickly.’ They didn’t indulge teenage angst.”

“In a lot of American movies, you have the kid sneaking out and never getting caught. That would never happen in my house. You cannot get away with that. My mother would stay up late, drinking her chai, worrying about us.”

“Another part that I do appreciate now is that, though my parents have not prepared me for emotional milestones, they did prepare me to be resilient and to rely on myself. I have to make my own way in the world. The world is competitive and unforgiving. I grew up and realized my mom was right. You must be able to handle a lot. There was no hand-holding, and it worked out for me because it made me really ambitious.”

“You have to know whether you really want to do it. You have to be prepared emotionally to fail, and you will have a lot of failure to have any success. Even the smallest success doesn’t come easily, and the hardest thing for artists is the constant emotional rejection and disappointment.”

“If you write and direct a short film and only five people see it, you should still continue doing it. The constant self-questioning happens all the time. That’s just something you have to come to accept and be ready for. If you have something of value to put out in the world, then that’s what you should do it for.”

Who is someone you look up to?

“That’s really hard. I have so many. Asghar Farhadi. There is something about his films I connect to emotionally, and I feel like it’s very inspiring to watch a filmmaker who grows with every movie and is completely uninterested in catering to anyone else. He just wants to tell stories that are honest, authentic and beautifully told. That is something I aspire to do.”

What would you tell your younger self if you could go back and talk to her?

“I’d tell her to work harder and get ready for failure. I didn’t realize when I was in college how much failure I would experience. I knew the world was unforgiving, but now I look around and see how much people devote their lives to their pursuits. I would go back and say, ‘Dive deeply into things you care about, and be completely committed. Focus more on the work, and don’t worry about the outside voices.’” 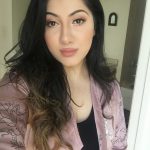 Nisha Khan is a Pakistani-Canadian writer born and raised in The 6ix. By day she is a Communications Director for a Charity and a Digital Marketing Specialist for a tech company. By night, she is an aspiring screenwriter, photographer and all-around art junkie. Follow her attempt at aesthetically pleasing posts @nishavelli on Instagram.