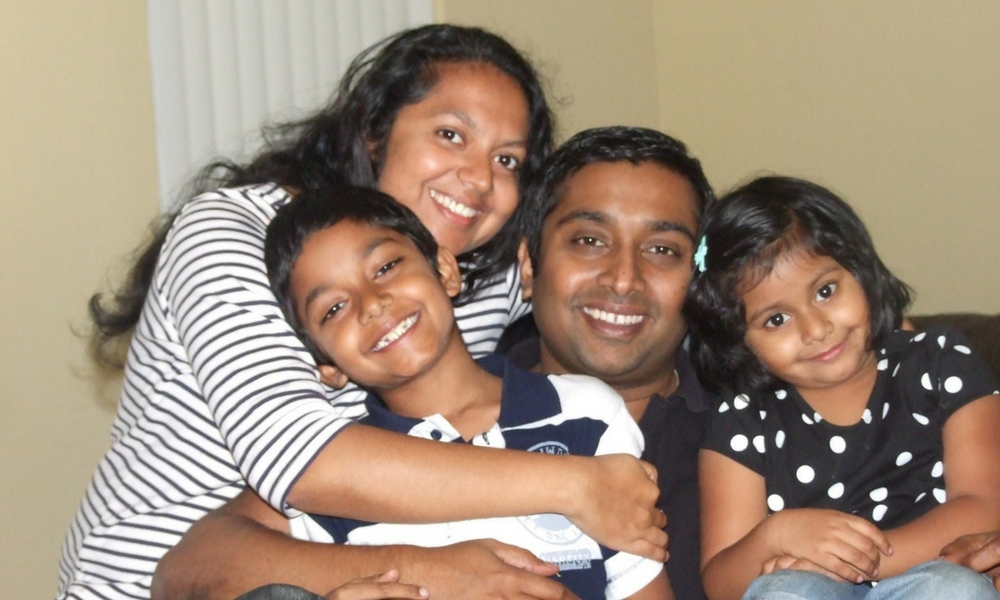 UPDATE: As of April 17, 2018, the Thottapilly family have been declared dead. Sources claim that the bodies of the family were found near Eel River in California. Sushma Swaraj has stated that she is working with the families in India on the process of enabling their visa in order to travel to California for the funeral. No reports have been given on funeral services, but it is asked that the family is given warm wishes and thoughts throughout the whole process.

My heartfelt condolences on the tragic deaths of Sandeep Thotapilly, Soumya and their two children. All the four bodies have been recovered from Eel river in California (US). We are helping their families in the visa process to enable their travel to US. https://t.co/lIO7v8qGI4

On March 30, the Thottapilly family had left their home in Valencia, California for a trip to Oregon (about 900 miles).

The family consisted of Sandeep and Soumya Thottapilly, their 12-year-old son Siddhant and nine-year-old daughter Saachi. The Thottapilly family planned to make a stop on the return route of their road trip in San Jose, but that apparently did not occur and no contact has been made with the family.

After getting reports about a missing Honda Pilot, the family’s car, the state’s highway patrol set out to look for the vehicle. Once it was confirmed that the SUV had gone missing near a rain-swollen river in Mendocino County, authorities began search teams from multiple agencies — but they were not able to search the river over the weekend due to it being deemed unsafe.

Respected Sushma Swaraj ji, I am a senior citizen and resident of Surat, Gujarat. My son Sandeep Thottapilly is residing in California, USA. He and his family are reported missing since last Thursday. Would request your good office to take up

Sushma Swaraj Ji, has since been working with investigators with the assurance that the family will be found.

I am in constant touch with our Consulate in San Francisco. They are coordinating with the Police. Rest assured. We will spare no effort. https://t.co/zmbQd1zs8P

If anyone has seen the family or comes across any evidence of their whereabouts, it is asked that authorities are informed as soon as possible.

this matter with concerned authorities in USA and help find my son and his family as soon as possible. requesting your kind cooperation. The photo of the missing family is attached herewith. we have taken help of Facebook post to reach out to more and more people in pic.twitter.com/ZyJN9o8BQJ

Watch more about the family’s disappearance below: