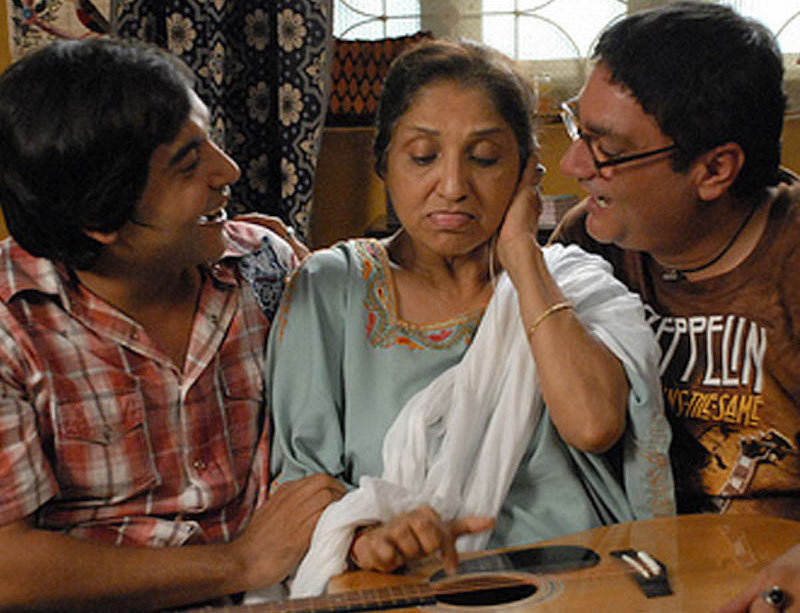 Mother’s Day is here! And what better way to celebrate than sitting back with your mom, relaxing, and enjoying some Bollywood tunes? Culturally, mothers have been worshipped in Indian society, which is reflected in its films and music. The mother is portrayed as the all-sacrificing embodiment of virtue, poise, and love.

For this Mother’s Day, We’ve compiled a list of songs, both new and old, that showcase how important mamas are! Take a listen and share with your mom. Who knows? These songs just may bring a tear or two to your eyes.

In this song from the 1966 film “Daadi Maa,” mothers are elevated to the level of God, as the singer claims that although he has not seen God, God cannot offer much more than his mother can.

“Maa” from Aamir Khan’s 2007 tearjerker “Tare Zameen Par” may elicit a familiar feeling in you when you’re away from home and all you want is your mom to make everything right.

In this melodious tune from “Raja Aur Runk,” the Bollywood adaptation of Mark Twain’s “The Prince and the Pauper,” the son extolls his mother. He states that she is his life and the most fortunate souls in this world are ones with mothers. Is there any other song more perfect for Mother’s Day?

This sweet song is probably our favorite on this Mother’s Day song list. It really captures the essence of a child’s feelings towards their mother. The song reminds us how powerful of a role a mother plays in her child’s life.

In this song, featuring Madhuri Dixit and Salman Khan in the 90s classic “Hum Aapke Hain Kaun,” a daughter reveals her feelings about a boy to her mother.

Although the situation and circumstances upon which this song is picturised is humorous, we can all appreciate the sentiment of being spoiled to a fault by our moms.

This song, also from the Golden Age of Bollywood sung by the legendary Lata Mangeshkar, showcases a young boy’s desire to be in the protection and shadows of his mom.

It was inevitable to include another song from a Rajshri Productions, whose wheelhouse is family dramas. In this song Karishma Kapoor refers back to Hindu mythology where gopis would always complain to Krishna’s mother, Yashoda, about Krishna’s flirtatious nature.

[Read Related: The Ultimate Mother’s Day Gift Guide That Will Serve you Well Year Round]

We hope you and your mom can bond some of the messages these timeless songs can offer. Happy Mother’s Day!