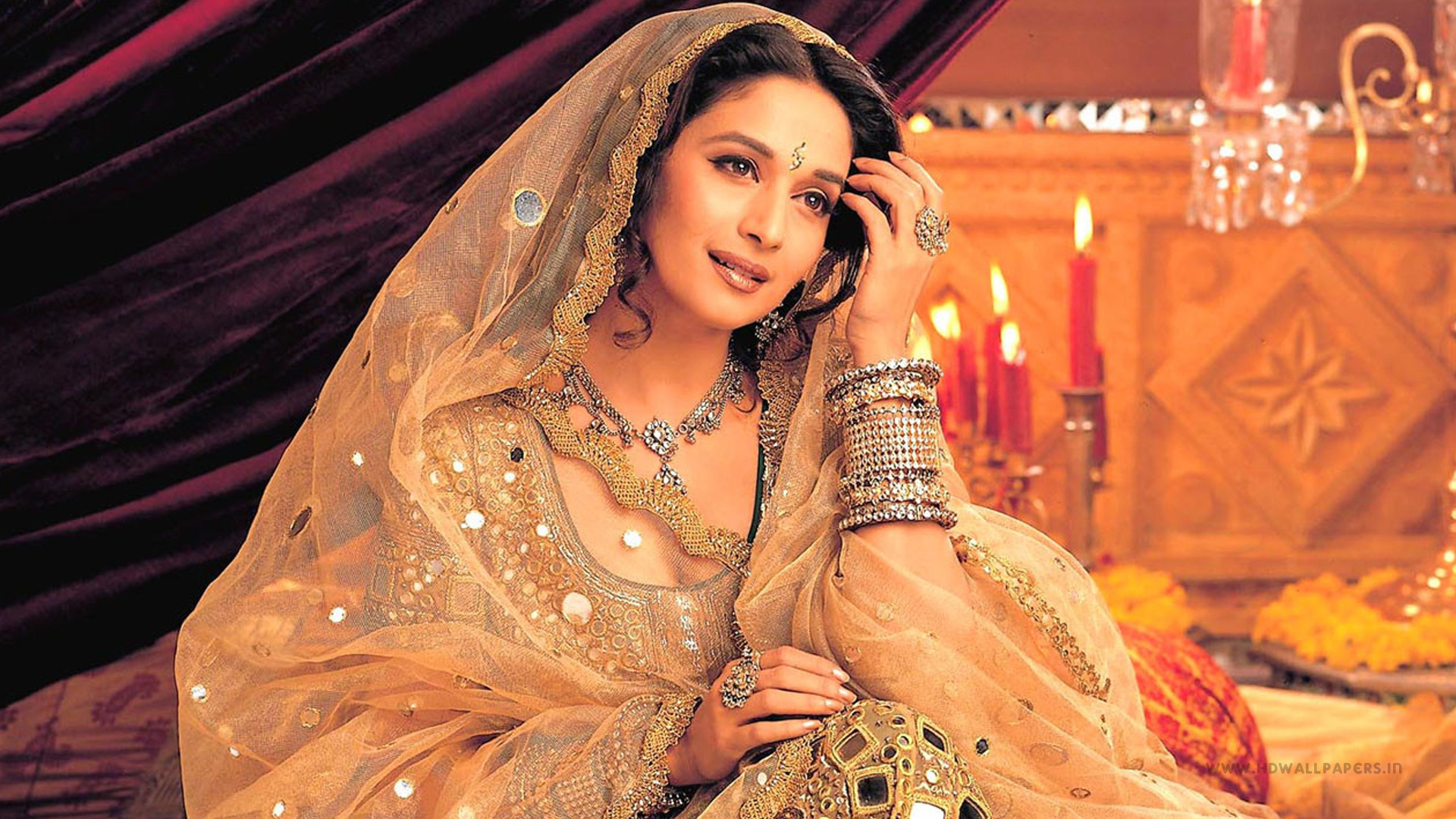 Bollywood icon Madhuri Dixit Nene has graced us with her dancing skills for more than three decades (seriously, without her, we wouldn’t be able to create any South Asian wedding playlist). Aside from being an dancing legend, she is also a fashion inspiration, doting wife and loving mother of two.

May 15 officially marks Dixit Nene’s 51st birthday, and what better way to celebrate than to reminisce over some of our favorite songs?!

In this super hit song from a relatively mediocre movie (sorry, SRK fans), Madhurit Dixit (no Nene back then!) was paired with SRK for the first time and showed off her cute, spirited dance personality. She also introduced the world to a truly iconic dance move!

“Dholna” from “Dil To Pagal Hai”

I mean, this one was obvious.

A truly unforgettable 90s hit, this song is just as cheesy and fun as the 90s themselves. And honestly, does anything encapsulate Bollywood songs from the 90s better than Madhuri Dixit Nene?

A woman onstage with tons of backup dancers, multiple costume changes, fake guitar playing, hip-shaking dance moves done with ease by Madhuri the master — this song has it all.

“Ek Do Teen Char” from “Tezaab”

No shame and no joke, I literally learned how to count in Hindi thanks to this song. Thanks, Madhuri Dixit.

Arguably one of the most recognizable Madhuri Dixit songs, in part thanks to its background audio being used in “Slumdog Millionaire.”

From the 80s, 90s and into the 2000s, Madhuri Dixit continued to be the go-to actress for iconic role after role, and memorable dance song after dance song. Also, quick shoutout to Madhuri and Aishwarya Rai Bachchan’s incredible partner work in “Dola Re Dola” from this same film!

After a five-year break, Madhuri Dixit burst back on the scene in this 2007 film and proved that no length of time could de-throne her as the queen of Bollywood dance.

Queen Madhuri, thank you for being one of the most kickass, talented, and overall incredible female voices in Bollywood for so many decades. And thank for inspiring generations of new dancers onscreen and off, now and for years to come.