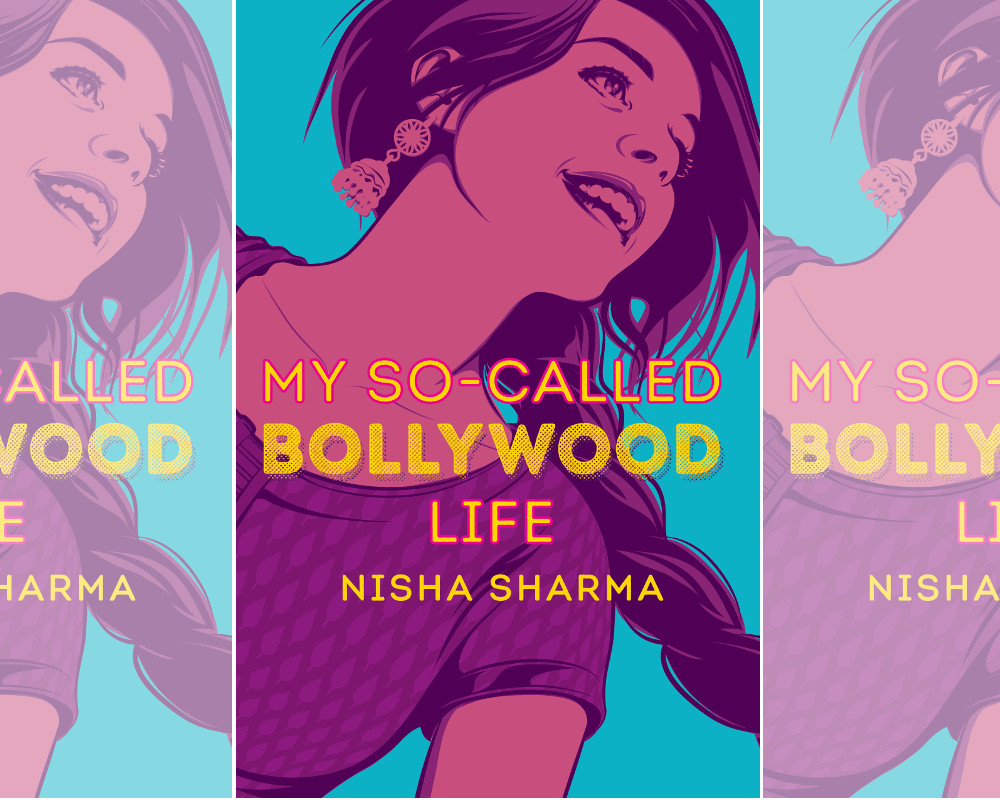 For many first-generation South Asian kids, growing up in America meant keeping two different worlds separate. The world at home — that of homemade chapatis, of weekend pujas, of Bollywood — was inherently different from the world of school and white friends where we’d perform our best attempt at assimilating. Having a somewhat secret home life also meant that the mainstream culture we consumed never represented the full picture.

However, a few authors of South Asian descent have begun to break down that wall, and “My So-Called Bollywood Life,” by Nisha Sharma, is the latest entry in representing the hyphenated identity. The young-adult novel expertly tiptoes the line between Bollywood melodrama and Hollywood rom-com, taking the best aspects of each genre. The story follows Winnie Mehta’s senior year of high school where she grapples with a breakup, college applications, and, oh yeah, an astrological prophecy about her romantic future that her whole family believes in. Winnie must endure watching her ex-boyfriend rebound-date a white girl while pondering the temptations of a new suitor, all the while seeking advice from both her pandit and Shah Rukh Khan himself. (Did I mention how fun it was to read this book?)

Indian diaspora growing up across America often gravitate toward other Indian kids, if for no other reason than the shared experiences of being desi. Set in Princeton, NJ, “My So-Called Bollywood Life” fully dials into that “brown-town” feeling. The book manages to make it feel less like an “other” group and more like an integral part of the community — even for those who aren’t part of the group. Winnie’s white friends and teachers often reference (and tolerate Winnie’s incessant references to) classic Bollywood films, portraying a culture of tolerance and acceptance. I often joke to non-desi friends that “all Indians know each other,” and Sharma makes the case for me on the page.

Bollywood provides the backdrop for the novel, so it’s not surprising that the main conflict has to do with love and lust within the confines of an astrological janampatri. Because of her upbringing, Winnie has been led to believe that her future is already written in the stars. When she finds herself in a love triangle that rivals even Karan Johar’s greatest creations, that’s when the writing really soars. I love a good romance and the various entanglements that accompany it, and I literally smiled on the subway platform while reading about the grand gestures, the bad decisions, and the excitement of young love. Sharma knows how to construct the tension and uncertainty of high school crushes while also paying homage to the great traditions of Bollywood.

Parts of the book may be difficult to relate to, especially in selling the idea of true high school love. I’m not saying that high school sweethearts don’t exist but seeing that both love interests — Raj and Dev (surprisingly no Rahul in the mix) — are respectful and consciously willing to go all-in on the janampatri felt disconnected to the dating world I experienced growing up. My interactions with young Indian boys veered more towards fuckboy territory, so it literally felt like fantasy to see them both vying for Winnie, knowing full well that entering a relationship with her was a serious commitment at such a young age.

Sharma also writes Winnie as the authority on everything, as type-A and controlling and already so sure of her life’s path. Winnie is only a senior in high school, but she already knows what she wants to do with the rest of her life and who she wants to spend it with. As someone who is still figuring out both of those details at age 26, I found myself both envious of and impressed by Winnie’s conviction. While I was jealous that Winnie knew from a young age that she was interested in film (something I realized way later in life), it was also empowering to see a young woman so fervently chase her dreams and take control of her destiny.

An integral part of Winnie’s strength was having parents that supported her artistic career choices instead of ones that redirected her back toward hard sciences. The Mehta parents were a modern twist on Punjabi parents — they didn’t blink at her interest in film and their household openly spoke about dating, but they still held steadfast the traditions of Indian culture. The stereotype associated with Indian households is one of friction and conservative values, so it was especially exciting to see a family that cheered Winnie on in all of her pursuits.

In a world where conversations about representation are at the forefront, I’m thankful to see a depiction that modernizes Indian-American experiences and makes our little-hyphenated world accessible to everyone. After all, who can’t relate to your favorite actor appearing in your dreams to give you romantic advice? “My So-Called Bollywood Life” is fantastical in the exact details of a romance…but that’s exactly what Bollywood is. 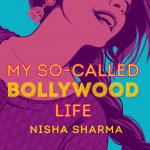 MY SO-CALLED BOLLYWOOD LIFE releases on May 15, and the official launch party will take place that evening at Barnes & Noble, TriBeCa in NYC at 6 P.M. Nisha will be in conversation with Trisha Sakhuja-Walia, CEO of Brown Girl Magazine. If interested in attending, reserve your copy of MY SO-CALLED BOLLYWOOD LIFE with the store prior to the event date. For more tour dates and schedules, visit Nisha’s website at nisha-sharma.com. 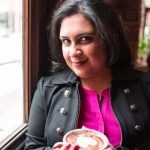 Nisha Sharma grew up immersed in Bollywood movies, the eighties pop culture, and romance novels, so it comes as no surprise that her first novel My So-Called Bollywood Life features all three. Nisha credits her father for her multiple graduate degrees and her mother for her love of Shah Rukh Khan and Jane Austen. She lives in New Jersey with her cat, Lizzie Bennett, and her dog, Nancey Drew. You can find her online at nisha-sharma.com or on Instagram.

Radhika Menon is a TV-obsessed writer and filmmaker living in New York City, whose work has appeared in Decider, Breadcrumbs Magazine, and Syndicated Magazine. She is a proud alumna of the University of Michigan and is one-half of the comedic video duo PromRad. She loves puns and thinks she’s funny on Twitter — follow her.

Designer Amy Devan Talks About NAVEDA, Fashion, and the City that Never Sleeps