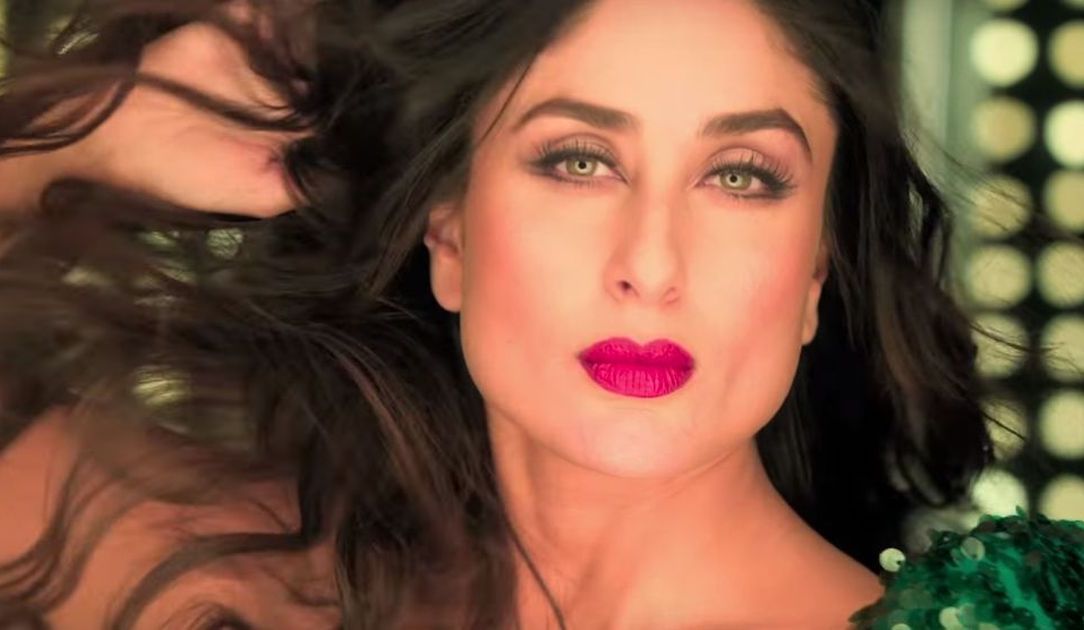 Do you believe that men and women should have equal rights? Yes? Then you my friend, by the very simple definition of the word, are a feminist. Some people are still uncomfortable using the word. They’ll say they believe in equal rights, but balk at using the word. “Feminist” and “feminism” are too steeped in a political and radical history (but then again so is equality if you dig a little deeper).

This is especially true for people trying to sell us something. The fear here is that if they say or do something too ‘political’ they’ll piss off a segment of their consumers. The old school belief that being too political is bad for business still holds fast.

No matter how much they profess to being ‘artistes’, we must never forget that Bollywood stars are in the BUSINESS of entertainment. The entertainment industry is just that, an industry. The films that that move our souls are great, but for the industry peeps the box office numbers are what counts.

So when we have Kareena Kapoor-Khan — the tell-it-like it-is, no holds bar spitfire extraordinaire that she is — shying away from using the word feminist, we shouldn’t really be surprised eh? She has her new movie “Veere Di Wedding” (a women-centric but not feminist film) to promote.

It shouldn’t surprise me, yet here I am …surprised. Surprised that a Bollywood mega star like Kapoor-Khan, the self-professed “modern woman”, could be so behind the times…so 2013! Where were her people? Her PR team?

I thought actresses and entertainers worth their salt had moved past this very tired “I’m not a feminist, but I believe in equality” crap. Even in Bollywood, which is usually slow on the uptake when it comes to global pop culture moments, I mean wasn’t it like 2016 when they all got that silliness out of their system? My fellow BG wrote the amazing piece below listing the nonsense that was spewed back then across media platforms, with one actress trying to out-dumb the other.

[Read Related: “Popular Icons and the Bastardization of Feminism”]

I’m not delusional enough to think that just by saying ‘yes, I am a feminist’ that they’d all of a sudden become woke to the systems of oppression and gender equality. No, I don’t think so. Especially not in these Bollywood circles cocooned by their own power and privilege…come on, I know better than that.

Kapoor-Khan’s own husband is an example of this. Saif Ali Khan, the “well-read” nawab, with a super posh education who speaks pretty, is, as we have discovered, problematic as eff and definitely not woke. Despite his ability to sprinkle quotes from existentialists and other intellectuals in his interviews, he’s shown his own intellectual limitations when he broadcast them quite unbecomingly in his (up-his-own-ass) open-letter response to nepotism. Oh you know, the one where he used a completely inaccurate definition of eugenics (!) and made an incoherent argument to justify it all.

His entire piece was so righteous and just so bad, but what it did though, was show us once again just how out of touch Bollywood royalty, and in this case, literal royalty is with the world. It’s evident that a posh education isn’t enough to turn the figurative ‘light’ on in their cushy little cocoons of power and privilege. Building self-awareness is probably made more difficult when everyone around them and all their fans continue to fall to their feet and literally worship the ground they walk on.

I am also not looking to oversimplify feminism or what it means to be a feminist in the world today. I understand intersectional feminism and post-colonial systems of power. I also know that while as a Canadian woman, I can understand what it means, I am not in the position to speak to what feminism means in the context of an Indian woman. So don’t @ me about that.

[Read Related: “Feminism in Bollywood: Where are the Women Behind the Camera?”]

The Time’s Up campaign and the #MeToo movement blew open the complacency in Hollywood. With the arrest of Harvey Weinstein, and the conviction of Bill Cosby, we’re seeing all those chickens coming home to roost now. In Hollywood it is no longer good PR to take a wishy washy stance on this, as many Hollywood stars are finding to their detriment. The culture has shifted. The tide has turned. That’s why we have actresses speaking up about the pay disparity, vocalising their past brushes with workplace harassment, and sharing their stories.

Remember though, Bollywood is always slow on the uptake when it comes to global pop cultural moments. In fact, these moments are seen as trends instead of real cultural shifts. Feminism isn’t a trend, but they sure seem to treat it like it is – hot today, but maybe not tomorrow – and so are afraid to fully embrace it should it become “not hot”.

Bollywood tried to embrace the #MeToo movement. But forgot that it’s a whole different system. Did you notice who was speaking out and who wasn’t? Why do you think that “most of the big names stayed silent”? Nepotism runs rampant in Bollywood at levels unseen in Hollywood. They are all related to each other! It’s a whole different culture. You can’t just take something that was borne out of decades of a shared experiences in a particular system/environment and expect it to fit exactly into another place that did not experience the directional shift organically. This is true of the western feminism or concepts of western feminism that many of the Bollywood elite who have been educated abroad try to transport back to India. It doesn’t work.

What gets me though is that in 2018, where Bollywood stars applaud their industry for becoming more professional, more globally savvy, and more progressive (I just snorted LOL), they are losing the Public Relations battle by repeatedly making ignorant or uninformed comments and then doubling down on them when they’re challenged. It’s just bad business!

Seriously, how the heck do we have the likes of Kareena Kapoor-Khan making those inconsistent statements during promotions of a film being pushed as “women centric”? I mean I know that ‘women centric’ doesn’t mean feminist, but come on! This was just piss poor PR. She should fire her PR team.

I’ve spoken about the issues Bollywood stars and their respective teams seem to be having with their understanding of personal branding. There are stars who broadcast their animal rights or women’s rights, or civic engagement activism when in promotion mode for a new film or product that requires that particular angle, but in the same breath say or do something that is the complete opposite of that stance. Their hypocrisy gets them in trouble every time. Personal branding isn’t trend, you can’t discard it and move onto the next without you (or your client) coming across as inauthentic.

[Read Related: “Priyanka Chopra: Proud to Be a Woman of Color”]

In this era, to say you’re not a feminist whilst clearly espousing feminist values, saying you believe in equality and then refusing to recognize the inherent inequality in the system that has afforded you your privilege and power, makes you look stupid, and worst, inauthentic. Not a good look if you’re trying to be seen as a marketable star. Realness is the name of the game now. Lack of authenticity, fake-ness… Ain’t nobody got time for that.

Bollywood audiences are getting smarter and savvier, too. Bollywood’s global reach has grown. India, too, is looking to become a bigger player on the global scale. Globalization will open up, and has already begun to open up, a world of choices for the Indian consumer. So come on, Bollywood, you need to do better. Or, at very least, give the impression that you’re doing better.

That’s what a good PR team does for you. They make all your moves look better, thus making you look better. It’s time get the right people on your side.