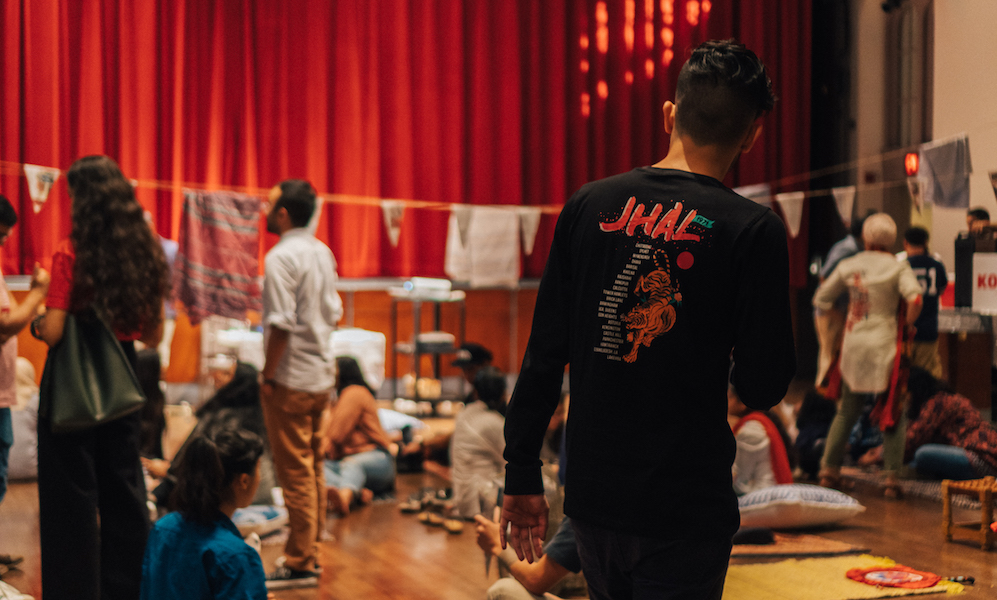 Growing up, I never saw any spaces that welcomed me, that felt like home. To be a child of the diaspora in the 2000s was to have one foot in New York and the other in the homeland. The experiences of such children were never captured in community halls, let alone on the television and movie screens. The closest thing I had to any representation in popular media was Apu from “The Simpsons,” and, well, that’s not saying much. I, like so many diasporic children, yearned to have spaces that affirmed my identity and artistic works that displayed our beauty.

Ever so slowly, the tide has been shifting in the past few years. Actors like Riz Ahmed and Mindy Kaling have starred in blockbuster films, while comedians like Hasan Minhaj and Aparna Nancherla have hosted major stand-up specials. Earlier this month, the Pakistan Mission to the U.N. held their second Pakistan Film Festival, highlighting the works of acclaimed actors, actresses and filmmakers such as Mahira Khan and Sharmeen Obaid Chinoy. But the event that most excited me was a collaboration between nascent Bengali organizations in Queens, New York.

On July 6, Knights of the Raj NYC hosted the first Chaat and Chai event at Flushing Town Hall. At a tumultuous time for immigrants, the event created conversation around the migrant experience and cuisine for children of the diaspora from around the world. An event that celebrated the experiences of people like me has never felt more welcoming.

The event showcased traditional Bengali street food, jhalmuri and fuchka, courtesy of the civic-minded food startup Jhal NYC. Started by cousins Mahfuzul Islam and Alvi Zaman in 2015, Jhal serves up great eats all around the greater New York City area. But Zaman says that the true power of Jhal comes from its mission: to empower the Bengali community, especially stay-at-home moms, to create for themselves.

“We pay our mothers and aunties wages and do the shopping, and they prepare the food. We use part of the profits to take them out to events like bowling. Have they bowled before? No.” says Zaman. “But they go out there and have a blast. That’s something we hope to do for an entire community of people. They helped us so much, and it’s time for us to help them. We also teach them skills like buying a subway ticket, applying for a permit to drive and learning English.”

The chai portion of the Chaat and Chai was made available by Kolkata Chai Co., another food startup started by two Bengali-American brothers, Ani and Ayan Sanyal. Providing quality chai to a room full of Desis, who grew up learning how to discern the real chai from the fake isn’t easy, but Kolkata Chai Co. didn’t disappoint. Cup after cup of delicious chai was served fresh, and with a great message at that: Ayan encouraged children of the diaspora to “use your culture to your advantage. Growing up, it wasn’t cool to be brown. But we got so much to be proud of – just check out this event!”

The first edition of Cha(a)t and Chai was a smash thanks to all of y’all ??. . We brought out the carrom boards, ludoo, chai and y’all brought the energy. . Thanks to our homies at @jhalnyc for taking things to the next level. Until next time ?.

Getting Lost in the Music: The Perspective From a Double Bassist