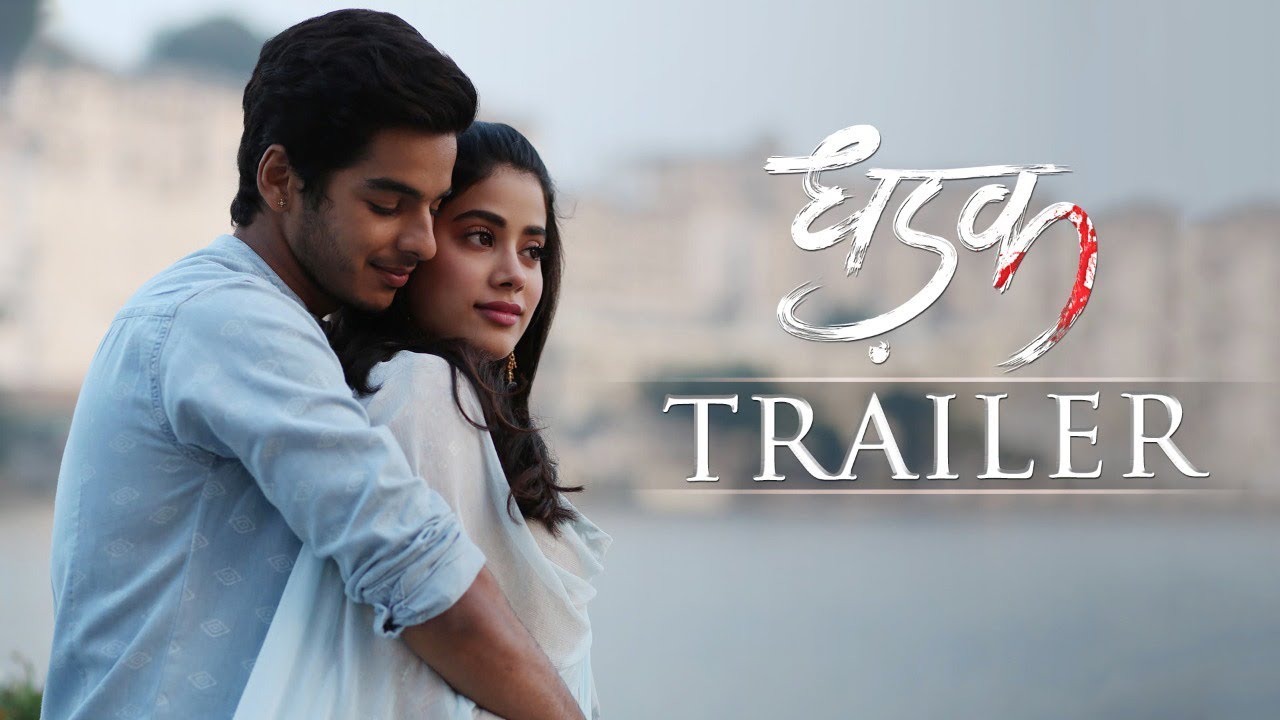 It’s a tale as old as time: A boy and a girl fall in love, but the circumstances around them present obstacles that disrupt their happily ever after. In recent times, Bollywood has taken a few swings at adapting the idea of forbidden love to more modern and relatable contexts with films like “Ishaqzaade” and “Goliyon Ki Rasleela Ram-Leela.” This year, it’s Dharma Productions and director Shashank Khaitan that have re-envisioned this evergreen subject for the big screen with the film “Dhadak,” starring Ishaan Khatter and presenting Janhvi Kapoor in her debut.

While riffing on popular tropes of tragic love stories, the film is an adaptation of the 2016 film “Sairat,” which earned critical acclaim for its authentic portrayal of the challenges of an oppressive caste system and became the highest grossing Marathi film of all time.

In “Dhadak,” Madhukar (portrayed by Khatter) is the son of a restaurant owner in Udaipur who falls in love with his college classmate Parthavi (played by Kapoor), a young woman from a powerful political family of a higher caste. Their first experience of true love makes life feel magical, especially with a backdrop as breathtaking as Udaipur, but as their relationship develops, reality sets in. The rules of society and the expectations of their families attempt to keep them apart, putting their commitment to each other to a dangerous test.

The biggest problem facing “Dhadak” is that of comparison. The filmmakers surely must have realized the film would be compared to its Marathi predecessor. Also, Kapoor is the daughter of legendary late actress Sri Devi, with whom she shares a strikingly obvious resemblance. Khatter is the younger half-brother of actor Shahid Kapoor, who has made a name for himself through memorable roles and his skilled dancing abilities. All parties involved are left with large shoes to fill.

The most disappointing element of the film was the screenplay, written by Khaitan. It feels choppy and scattered, especially in the second half. The film runs about 150 minutes, yet the time is not used effectively.

A good portion of the first half of the film is spent going back and forth between Parthavi and Madhukar as she challenges him to win her affection, but there is nothing extraordinary about the way the characters are written or the relationship they share, other than their commitment to stay together. However, there are a few heartwarming moments between the two leads that will bring a smile to your face and remind you of your own first love.

Though the film is titled “Dhadak,” meaning heartbeat, it’s really the heart that is missing from the film. Even Madhukar’s favorite uncle, who tries to open their eyes to the repercussions of choosing to love each other, can’t be bothered to house the young, scared lovers because his pregnant wife doesn’t want additional stress before giving birth. Madhukar’s friends vanish from the film at one point, and when they reappear, they don’t play any crucial part in the plot. The loyal bond of friendship from “Sairat” is completely lost in this adaptation, which is surprising because Khaitan’s previous films, “Humpty Sharma Ki Dulhania” and “Badrinath Ki Dulhnia,” were appreciated for the heart of the characters and of the stories themselves.

And if the heart is in the details, those are missing as well. While Udaipur is beautifully captured in the film, it’s the small details emphasized in “Sairat” – like the family pictures on the wall at the end of the film – that makes the audience care about the fate of the characters.

“Dhadak” plays up the shock value, and glossiness is clearly more important than creating an authentic reality. Their smartphones and beautiful, neatly pressed clothing make it easily forgettable that Parthavi and Madhu come from different castes and financial backgrounds. Because of this, the ending seems out of place, falling flat rather than hitting hard. The choice to change the ending from the original was both unnecessary and puzzling.

However, “Dhadak” is still worth a watch for a few reasons. The lead performances by Kapoor and Khatter are promising, though one clearly shines more than the other in this film. Khatter is able to evoke an emotional response, demonstrating maturity and impressive acting skills.

Kapoor, on the other hand, has trouble acting convincingly in the emotional scenes, contributing to the faulty ending, but she shows potential for greater work in future roles as she experiences more life, refines her skills and evolves as an actress. There is no doubt that she is captivating to watch on screen, and together, Kapoor and Khatter have a chemistry that makes you want to root for them — to a point.

Lastly, the music and background score give life to “Dhadak” and is likely to be the part of the film that you revisit more than once. “Dhadak” is a film to watch on a rainy day when you have nothing else to do, but it is the young leads that you will remember, eagerly awaiting what they do next.