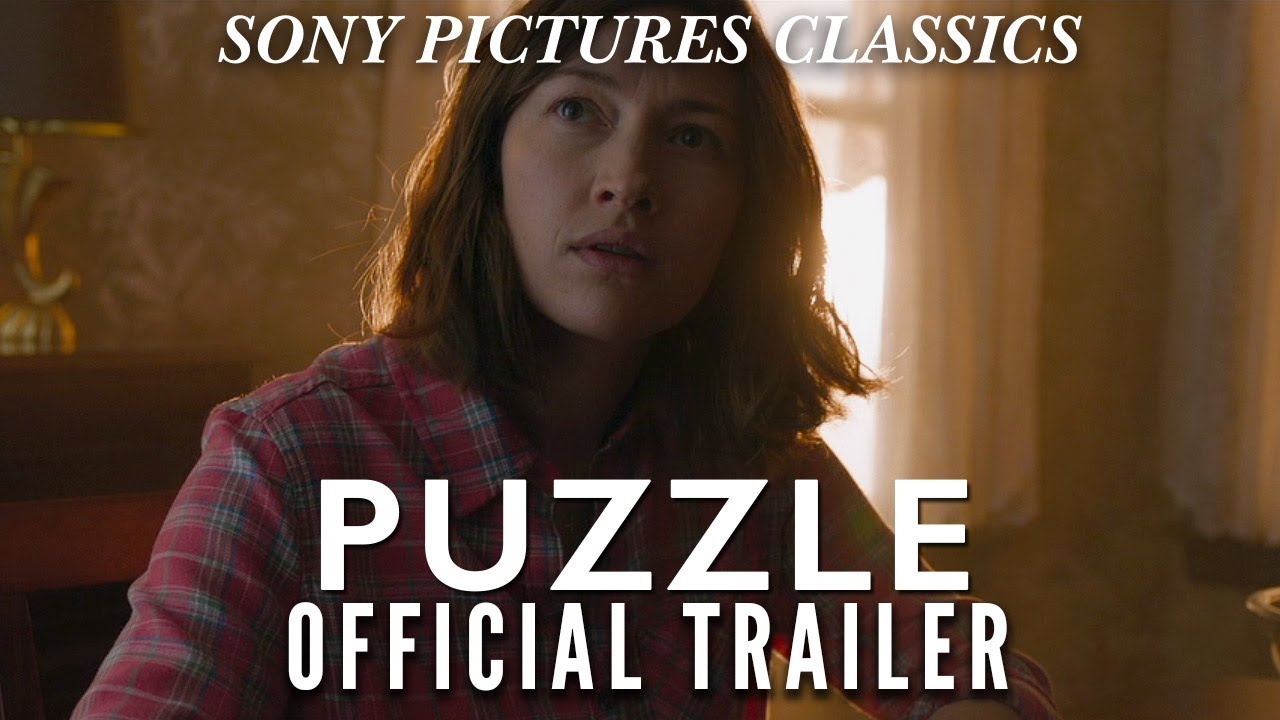 I turned 28 about a week ago. It was… good. Low-key, filled with wishes from friends and family and the company of close loved ones. I can’t imagine a birthday that wasn’t like that. “Puzzle” also starts with a birthday.

The film opens with a woman in the midst of cooking, cleaning, and decorating her house for a birthday party. Guests come, she tends to them. She serves food and drinks, and when it’s time, she brings the cake out. Everybody sings.

The moment I realized that this poor woman did all this work for her own birthday, it felt like a sucker punch. And it wasn’t just “all this work.” It was immediately obvious that the birthday party was thrown for people who had a passing thought that Agnes’ birthday should be celebrated, but who could not be bothered to lift a finger to put that celebration together.

It turns out that Agnes’ life is just like that. She lives a life some may find boring: She cooks and cleans and keeps house for her husband and two sons, is a staunch Catholic who is active in her church, doesn’t wear bright colors, raise her voice or use her phone if it’s not an emergency. She seems listless and quiet. She is the classic dormouse housewife, committed only to serve the men in her life. Until, that is, she finds her superpower… Jigsaw puzzles.

“Puzzle” is a refreshing movie for many reasons, and I liked it despite the physical discomfort I experienced on behalf of the (initially) downtrodden main character. It is a remake of “Rompecabezas,” (Spanish for “puzzle”) Natalia Smirnoff’s Argentine film that came out in 2009. Although its American cousin was directed by a man, that man (Marc Turtletaub) was directing brains behind “Little Miss Sunshine,” so all was not lost.

It is one of the only, if not only film, that I know of that depicts a woman’s mid-life crisis in a realistic and non-judgmental way. Agnes tears open her birthday gift and assembles a complex jigsaw puzzle in a matter of minutes and finds a new passion. Kelly Macdonald, the Scottish actress who’s perfectly cast as the lead, despite her less than convincing American accent, shines in the scenes involving Agnes and puzzles. It is immediately apparent to the viewer that whenever Agnes is solving a puzzle, her mind isn’t racing. She’s calm, confident, happy, and not withering under the crushing weight of her patriarchal existence.

Of course, Agnes doesn’t keep doing these puzzles on her own. Her quest to find more complicated puzzles takes her into New York City from suburban Connecticut, which is how she meets Robert, or “puzzle champion desperately seeking partner.” Irrfan Khan is delightful as an eccentric inventor whose entire life coasts on the strength of a single patent. His casting is another reason I liked this film so much, because of the novelty of his role.

We don’t know much about Robert. We don’t know where he’s from, we don’t know if he’s Brown, we don’t know why he has that strange transcontinental accent… and that’s perfectly okay. Robert is just Robert. A guy. Robert’s character and function in the story is an amalgamation of Manic Pixie Dream Savior and Irreverent Bad Boy. He helps bring Agnes out of her shell and helps her feel more comfortable when she’s in it.

The men in this film only exist to serve Agnes and her story, and that is one of the main reasons why “Puzzle” is a great watch. A female character is given the chance to have her own existential crisis and go on her own introspective journey to take stock and determine who she really is. Other standout performances include Bubba Weiler’s as older son Ziggy, and David Denman as husband Louie (aka the physical embodiment of the patriarchy.)

“Puzzle” is a beautifully shot, low-key movie that makes an impact on the viewer, small or big. It can act like the glass through which you can see into another person’s life, or the mirror that forces you to look at your own. Whichever it is, it’s definitely worth watching.

Puzzle opens Friday, July 27 in NY and LA with additional cities in August.