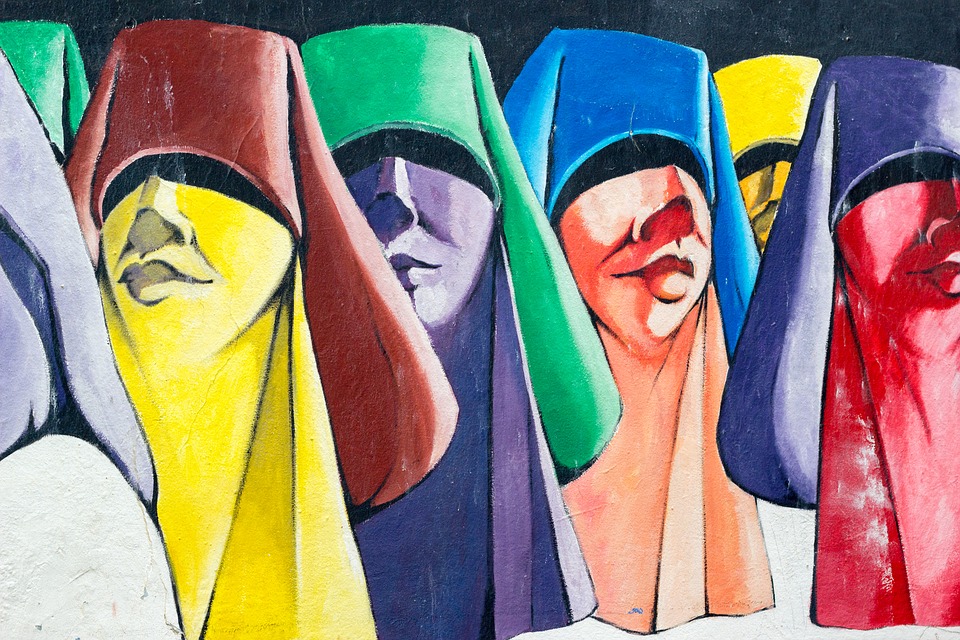 By now, I am sure as former U.K. Foreign Secretary, you have realized the recent comparisons you have made between Muslim women who wear the hijab and niqab to letterboxes and bank robbers have not been received warmly. From what I understand of these comments and the rest of what you have said in the Daily Telegraph, you believe that the covering is just an “odd headpiece” and is forced upon Muslim women. Mr. Johnson, I would like to say that it is furthest from the truth.

As a person of colour, I have had the experience to observe and be friends with many women who themselves who wear the hijab, and there is nothing to be ashamed of. A hijab should not be looked as a sign of oppression, but a sign of belief and strength. It is a form of identity, which allows a Muslim woman to carry her ideals with her head held high. Yes, there are many countries, and many situations upon which the coverings are forced and yes, those situations should not be overlooked. However, I have spoken to many more women who see the hijab and niqab as a symbol of pride, as a symbol of faith, and that to take that away would strip them of their individual paths to their religion. Believing that one idea, one negative thought which has somehow permeated through this modern society should encompass a whole religion, is not what I believe should be displayed as professional behaviour.

According to an article titled, “Counting Religion in Britain, January 2018,” 13 polls were conducted between July and December 2017 with a sample of 29,000 adults who were all asked which of the listed religious groups they considered themselves a member. Of the recorded answers which do state a specific religion, a whopping 2.5 percent stated Muslim, which was only second behind Christian.

Mr. Johnson, as the former foreign secretary, surely you must know just how many Muslims reside in the United Kingdom, and how these comments would be deemed inconsiderate and intolerant. Do you not remember what you had said after you had visited the East London mosque and the London Muslim Centre in September of 2009 when you were the Mayor of London? If not, no worries, there is an excerpt below:

That’s why I urge people, particularly during Ramadan, to find out more about Islam, increase your understanding and learning, even fast for a day with your Muslim neighbour and break your fast at the local mosque. I would be very surprised if you didn’t find that you share more in common than you thought. Muslims are at the heart of every aspect of society. Their contribution is something that all Londoners benefit from. Muslim police officers, doctors, scientists and teachers are an essential part of the fabric of London.

After stating hijabs and niqabs make women look like “letterboxes” and “bank robbers” and that businesses and government agencies should be allowed to “enforce a dress code,” you go on to say in your column that,

Such restrictions are not quite the same as telling a free-born adult woman what she may or may not wear, in a public place, when she is simply minding her own business.

If there is one thing I have learned in my years of being a person of colour and living in both the United States and the United Kingdom it is this: It only takes one sentence, one statement to set off a domino effect that could have serious consequences. What might start out as a ban on veils in businesses and universities, will soon encompass public places as well. One statement made by a person in power has the potential to influence many individuals who, as history has shown in the past in the form of hate crimes, will take matters into their own hands.

I implore you, Mr. Johnson, to reconsider your words. They have the potential to become something, even more, to fuel a fire we might not be able to control. In a world where there are enough examples of oppression, it becomes important to open our arms to those who wish to express their religion and culture freely. As an American who lived in London for two years, I was in awe of the mixing of cultures and religions on a daily basis, of the ceremonies and festivals celebrated so freely and by so many people of different colours, races, and ethnicities. Please, do not let your comments create a system that could take that freedom away. In a world where words have so much possibility to create change, let yours create a positive one instead.