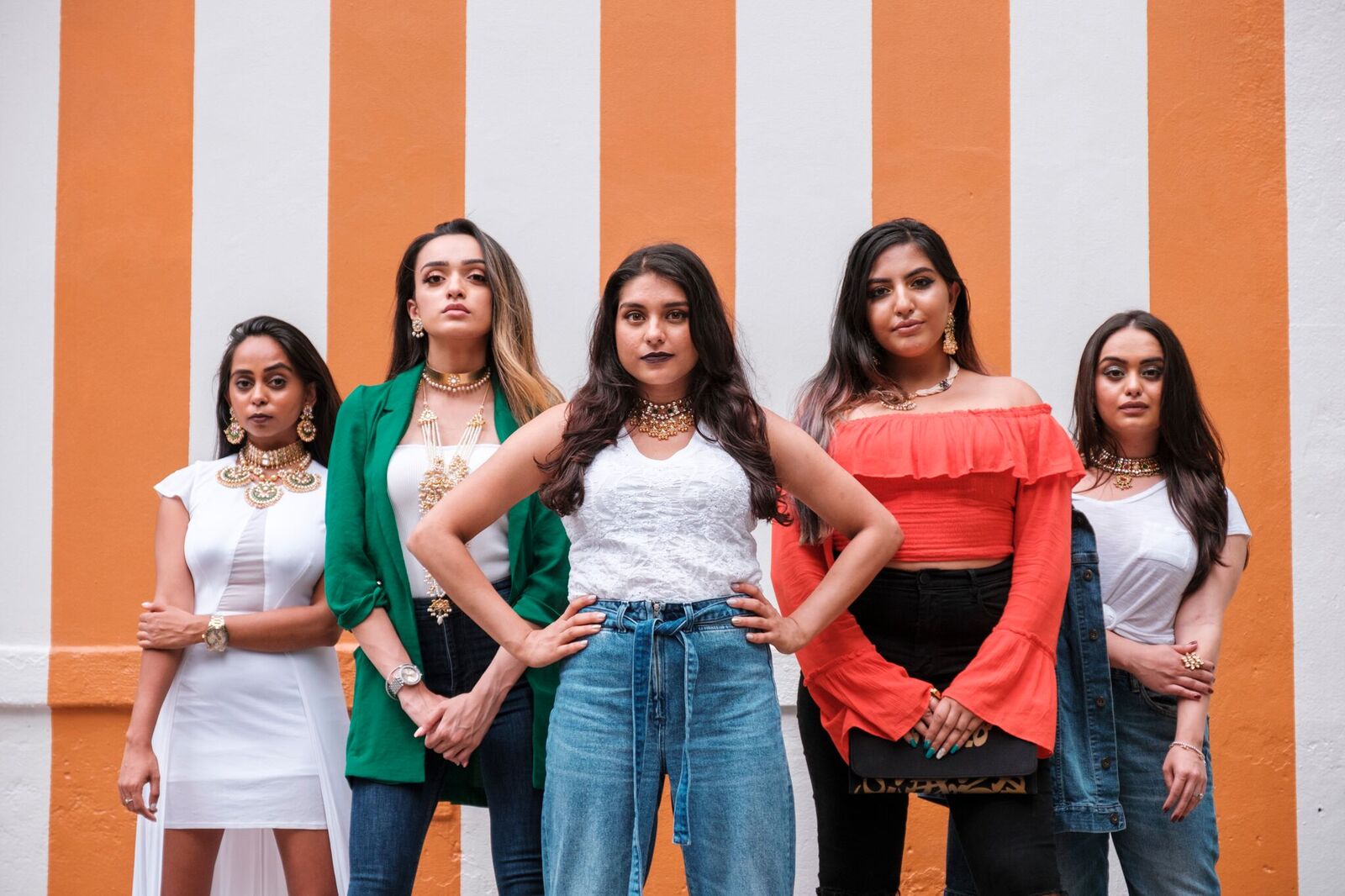 On this Pakistan and India Independence Day, we wanted to pay homage to our brothers and sisters in both countries by collaborating on a photo series that would showcase the unity between the countries, its people, culture, food, clothing and language. Through this series, we hope the next generation will put away past historical and political differences to unite the two countries so we can prosper together as opposed to hurting separately. Photos are by Amritpal Bharth and jewelery is courtesy of The Pink Bazaar.

“Pakistan and India were divided on the basis of religion and that to this day is the only path to unity. The notion of ‘Bhai-Bhai’ is often paraded around in rallies, advertisements and movies but that notion is as reliable as a politician’s promise on the night before Election Day. For me, it’s impossible to forget what happened in 1992 Babri Masjid, 2002 Gujrat or overlook the Muslim-ification of ‘villains’ in Bollywood (to this day). It’s also unfathomable how neighbors turned on each other in 1947. These were people who ate together, joked together, sent their kids to school together.

Between the two countries, unity is only possible if we are willing to accept that the other is better than us.

Yeah. ‘Bhai-Bhai’ doesn’t work. It hasn’t worked. Because it’s rooted in the inconvenience of peace. When someone has to accept something is better than them, that requires humility and respect. Both necessary for unity.

All countries, religions, and communities are imperfect… We all have flaws. But admitting something is better at least helps us inspire to become better versions of ourselves.” 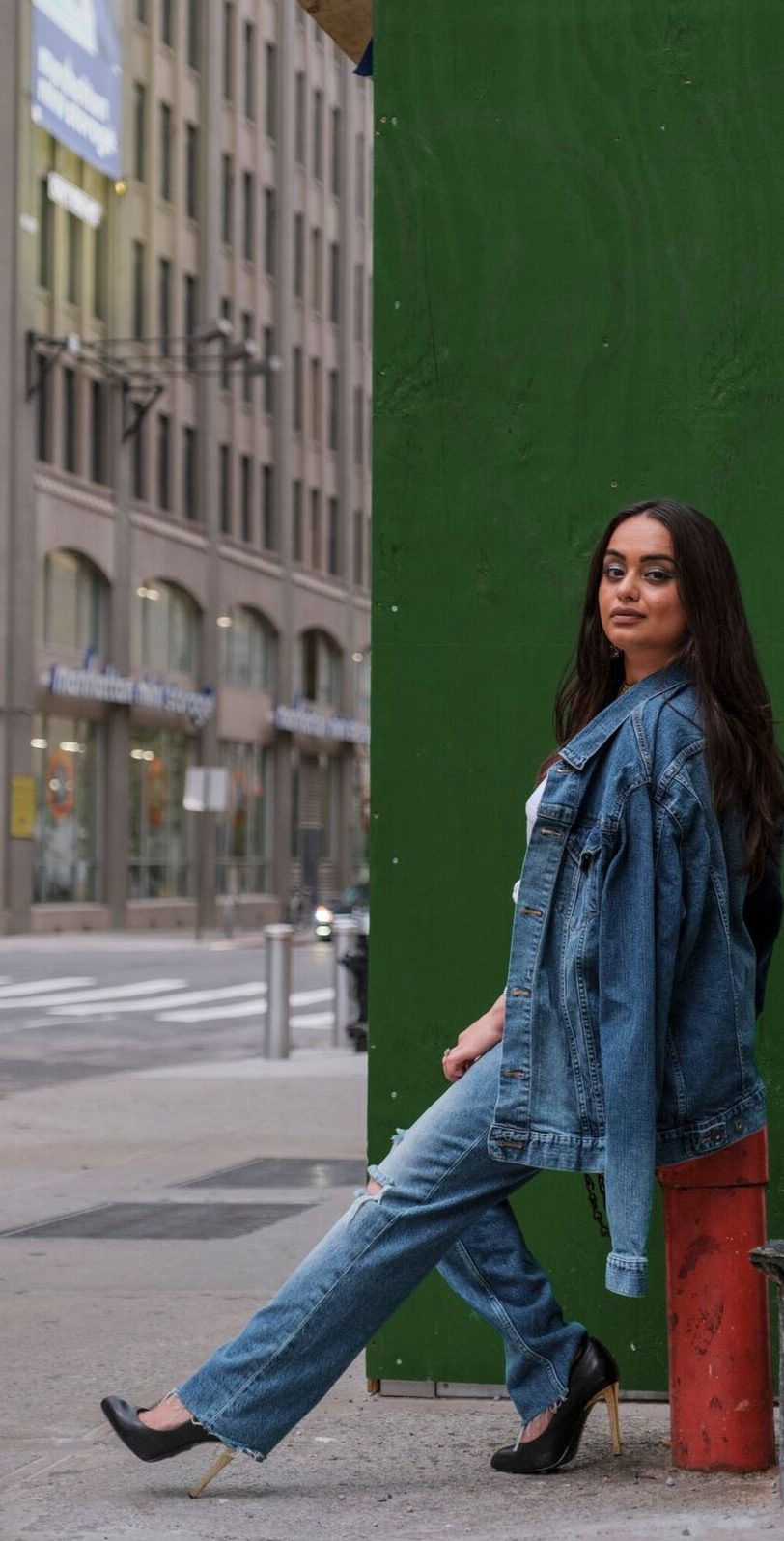 “It didn’t matter that I grew up Indian-American, the hate and propaganda about Pakistan have spewed in all aspects of my life. I remember when I first realized we were once one country and my grandparents from both sides had fled Pakistan during the partition – I ran to my mom to ask her if this meant we were half Pakistani and Indian. She didn’t say much at the time; I think mostly because she probably thought I was too young to understand the animosity between the two countries. So for a very long time, I thought I was half and half. But sooner or later, my naive-self understood that I was 100 percent Indian, and my neighbors in Pakistan weren’t too fond of me and my people, and vice versa.

The Bollywood movies, the late night news on the Indian television channels, the newspapers, and the aunties and uncles would all talk badly about Pakistan, but it was hard to understand why.

We’d speak part Urdu and Hindi because of the Indian-Muslim towns my parents grew up in, and Punjabi because of our background – just like my neighbors in Lahore. We’d relish in the same cuisine, wear the same type of clothing, and our traditions kept us grounded in America. So, what made us so different and why did we hate one another? It honestly took years to fathom the truth – we were fighting over a border, a no man’s land or possibly both. The long-drawn fight has made us forget what caused the war to begin with.

Years later, as a 20-something desi New Yorker, it doesn’t even matter – the war, the border, the hate, and the propaganda. We’re all one in America, that’s what keeps us going, the unity of South Asian-Americans rising together.” 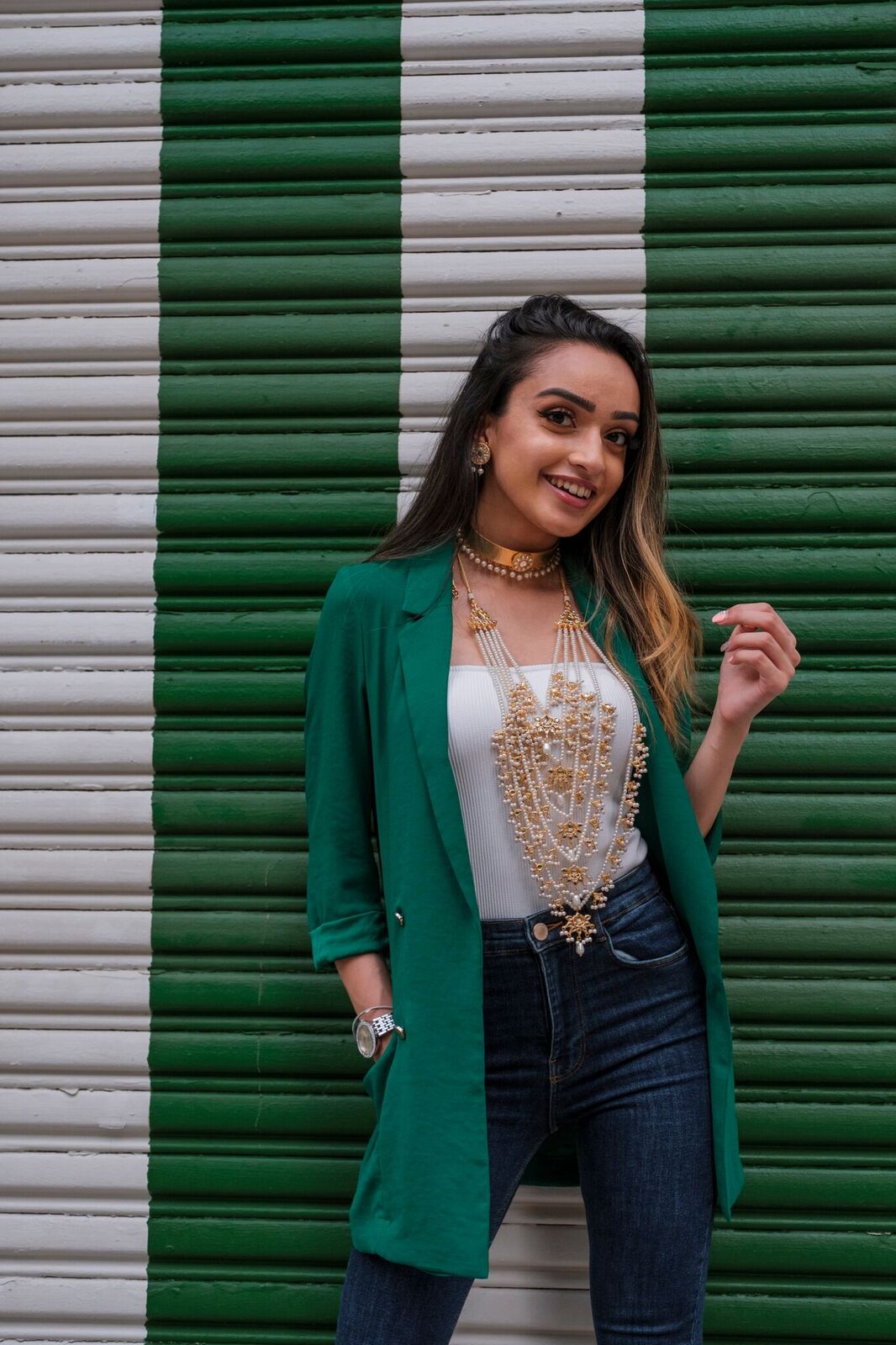 “The year 1947 might’ve birthed India and Pakistan as two separate countries, but the schizophrenic sentimentalism revolving around the partition still circles our generation today. Whether it’s Bollywood movies, television, discussions between elder generations or even friends, it’s almost as if this cheesy need to continue this psychological feud in our heads has been passed down from generation to generation.

How many generations is it going to take for someone to realize that no one is ever going to gain anything from holding on to hate and damaged love for the people who look, function, dance, eat, just like us?

Food for thought: Instilling nothing but POSITIVITY into the heads of future generations for regions, cultures, and religions other than our own might finally free us from being prisoners trapped in the past – a cycle of endless, pointless, and overrated hostility for the same exact goddamn mac and cheese.” 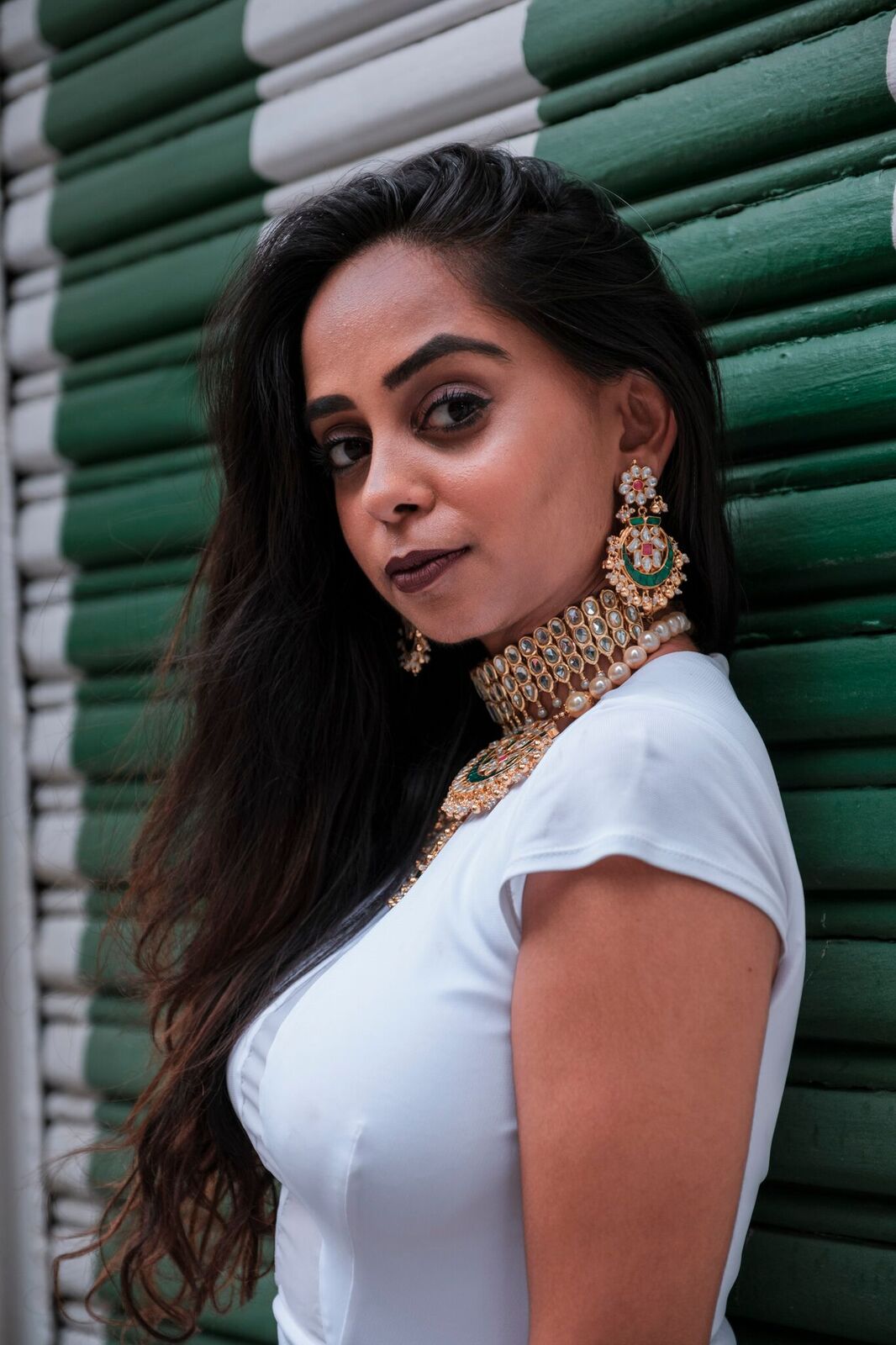 “For as long as I can remember, as an Indian-Hindu, I’ve been taught to hate Pakistanis and Muslims. I can’t tell you who taught me any of this, just that it was a such an ingrained part of my life that I didn’t even think to question it. The animosity between the two countries and religions is portrayed in many Bollywood movies – some subliminal, some just outright Islamophobic. Hindu nationalism is on the rise across the country as if India has forgotten that its strength lies in its diversity.

I hear about the lives lost during the Partition and the lives we continue to lose in Kashmir even in recent years. And I cannot wrap my head around why an arbitrary border would cause people who had coexisted peacefully for years to turn on one another. I wonder how different our countries would be if we spent less time fighting one another and more effort helping each other.

As I stood there next to my Pakistani sisters, I tried to figure out what makes us so different. Religion? Nationality?

The truth is, I see a reflection of myself in every single one of these beautiful souls.

I consider myself lucky for having grown up in the diaspora where often we are all grouped into the same category, regardless of whether we are Indian, Pakistani, Bangladeshi, or any other part of the subcontinent. I spent more time being amazed at the similarities between our cultures than harboring hate at our differences.

As South Asians living in the diaspora, we are uniquely positioned to come together as a community and lead the way towards ending this animosity. The time has come for us to transcend political borders and religious separation. It’s time for us to come together to celebrate our collective successes and overcome the obstacles that both nations face together. As we celebrate our respective Independence Days this year, I hope we all take some time to reflect on how WE can change this hatred into tolerance and tolerance into love.” 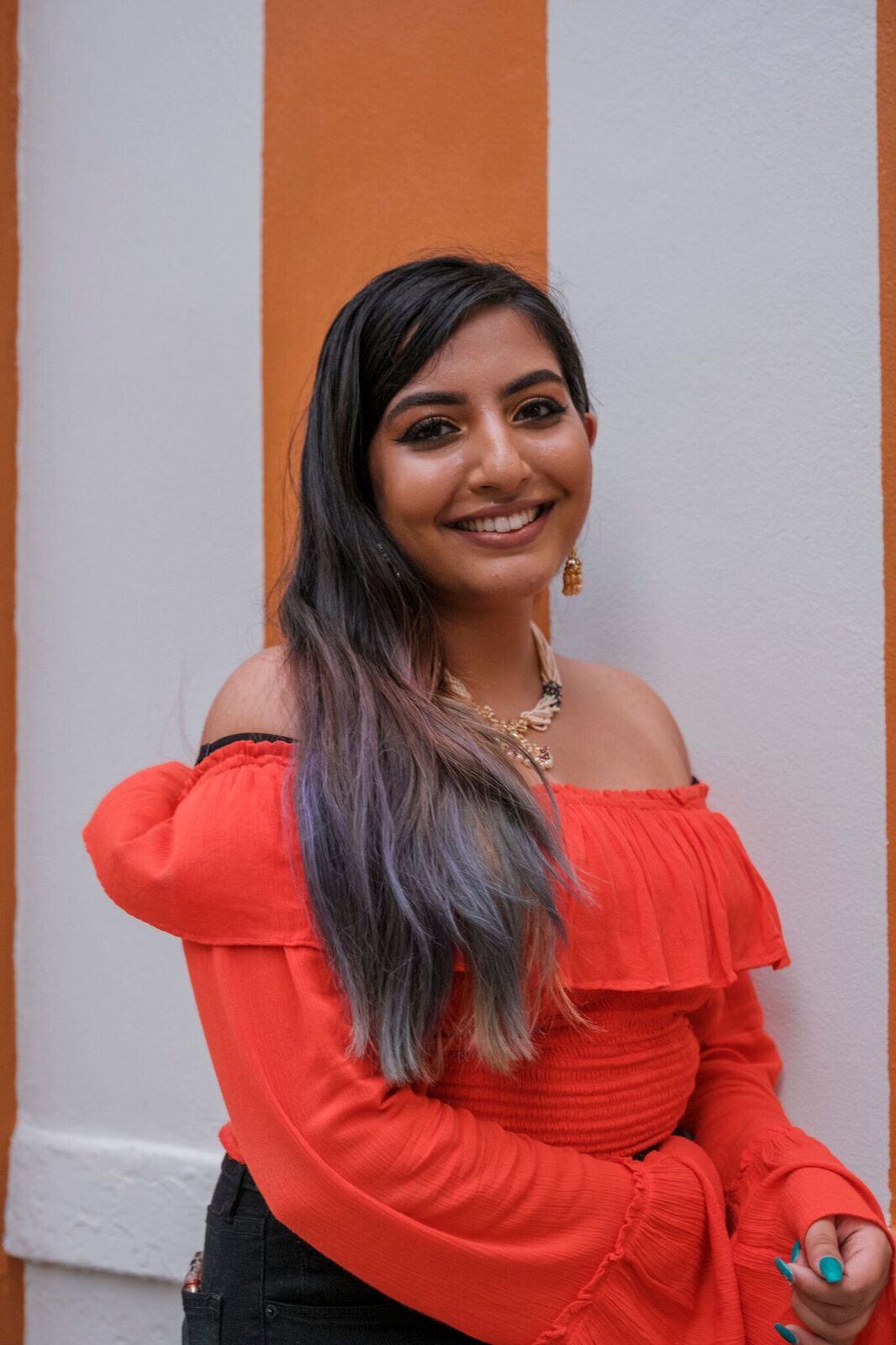 “Living in the Western world and looking at Southeast Asia from afar, it’s apparent that this rift between India and Pakistan has caused damage physically and mentally. Besides all of the irrational violence that‘s taken place, the partition of these countries created a deep-set and highly flawed ideology that Indians and Pakistanis are enemies. Even generations born in other countries are brought up to continue this feud. It’s extremely detrimental to our generation; we’re brought up as Americans to embrace one another and celebrate diversity, but our ancestors have trained us to represent Pakistan or India, and not to support descendants of the other. As a Pakistani-American, I can’t accept this mentality. In America, the issues of previous generations in the homeland should not affect our behavior towards one another. Growing up as a brown girl, the daughter of immigrants, I faced a whole other set of issues – I was a “fob,” I didn’t look like the other kids, my parents didn’t pack me the same lunches… If anything, I felt more united with other minorities, including the other brown kids (Pakistani, Indian, Bangladeshi, etc.), not caring where their parents were from. They just understood me, and what I was going through.

My sister is marrying a man who is half Pakistani and half Indian, and their children will be taught to love both cultures and countries.

I feel so fortunate that my parents realized that nation lines mean nothing when it comes to character, but sadly I know this isn’t the case for so many of my friends, who have to hide from their parents that they’re dating someone from the other country. It’s very hard to tell your grandparents, parents, aunts, uncles, etc. that they need to update their thinking and stop being so close-minded, and most importantly to embrace their neighbors instead of rejecting them, but I think it’s key that we have these hard conversations.

I think our generation is the most united that Pakistanis and Indians have been in a long time, and I think we will raise the next generation to appreciate one another rather than hold onto nonsensical hatred. Unity is our future.” 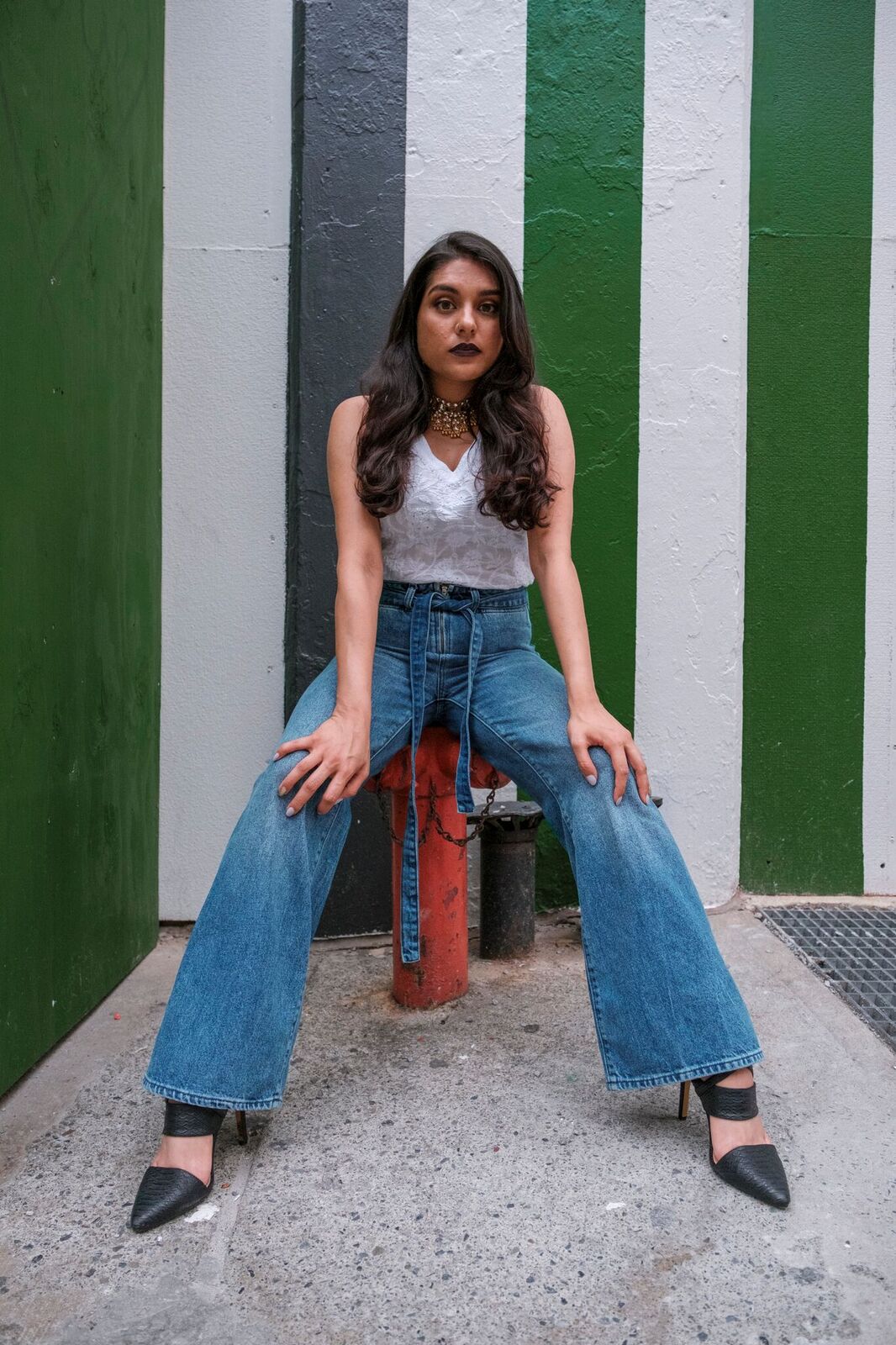 When I was asked to join this photo shoot I have to say I was surprised. Being Indo Caribbean I thought of myself and my cultural identity as separate from the Independence Day of two nations that are so far behind me historically.

With that said, my view of the division between Pakistanis and Indians is seen through an entirely different lens.

There are many of our ancestors that brought the prejudices faced between Hindus and Muslims with them to the Caribbean, and it isn’t uncommon in the Indo Caribbean community for families to shun someone for marrying an opposing religion.

But now, after many years apart from the mother nation and then their second mother nation, Indo-Caribbeans living here in the US and abroad have seen a change—in my opinion—more acceptance.

Many Indo Caribbean’s over generations have traveled from India to Guyana to the US, UK or Canada, to name a few destinations. This is a group of people that have been forced to mix and mingle with other cultures over time, changing their perceptions slowly.

And yes, many Indo Caribbeans fiercely hold on to their cultural heritage and religions, but there is an evolution occurring.

I have a Muslim boyfriend, and I remember being nervous to tell my grandparents about his religion—they are Hindus whereas I’m a hybrid of Christianity and Hinduism—yeah that’s a thing, folks. I even remember my cousins being nervous for me, as none of us have ever traversed the religious gap between Hindus and Muslims. When i finally told them, they were actually happy for me, without hesitation. So maybe my story is unique, maybe it’s not – but if it isn’t it shows that there is hope for a united future.

So in a call for unity across the entire diaspora whether you are Hindu, Muslim, Pakistani, Indian or Indo Caribbean I hope we can continue to learn more about each other and eradicate the divisions that separate us with love and tolerance.