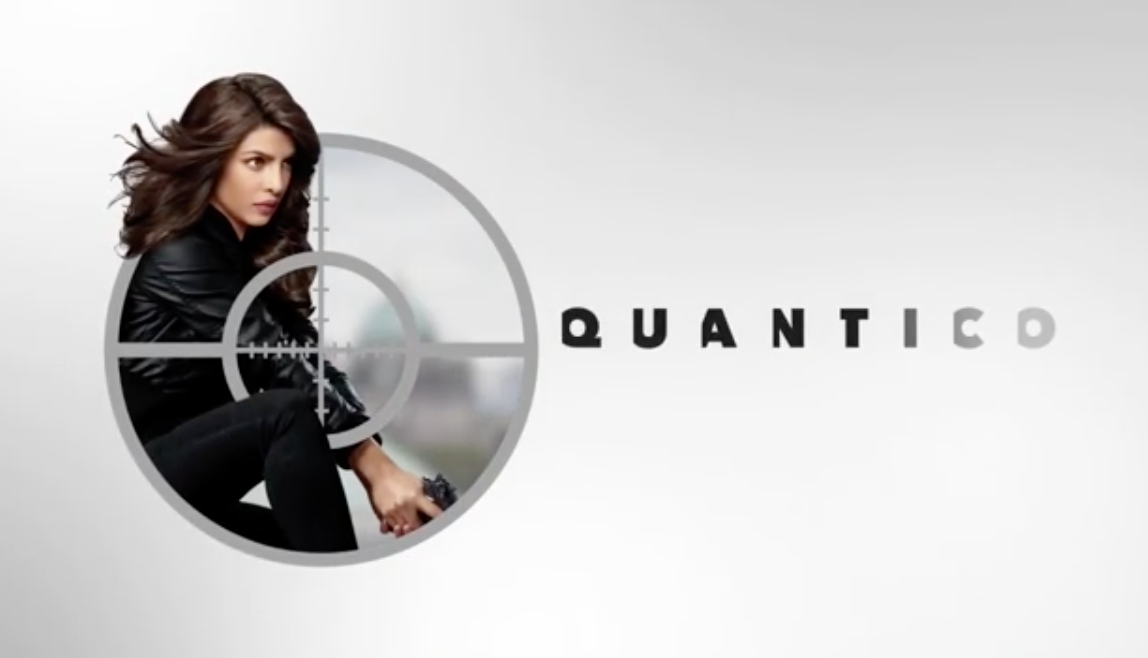 When it was first announced in 2015 that Priyanka Chopra would be at the helm of ABC’s new show about young FBI recruits in training, there was a great interest and excitement from the South Asian community. It would be the first time that an established Hindi film actor would crossover into the American market in a very visible way – particularly in a television series.

“Quantico” broke new ground in many ways, but perhaps the most important difference from other mainstream series was its inclusion of diverse talent. Not only was it the first time that South Asians had gained prominent representation on screen, but throughout its three seasons, there were a host of characters from minority backgrounds.

The portrayal of twins Nimah and Raina Amin by actress Yasmin Al-Massri was the first normalized depiction of the Muslim woman. With starkly different personalities and views on modesty and religion, it also demonstrated the spectrum on which Muslim women exist.
https://quantico-gifs.tumblr.com/post/132871961484/requests-anonymous-asked-hi-i-hope-you

This is not to diminish the representation of the African American, Asian, deaf and LGBTQ+ communities, as well as the presence of Mormon and Zionist characters, in the first season. The show’s most impressive strength has been its representation of the real America, where the bag is as mixed as they come.

However, “Quantico” was not without its controversies. The original teaser, featuring Chopra cloaked only in the FBI flag and handcuffed at the wrists and ankles, raised questions about the way her character (and therefore South Asians) would be portrayed.

Upon the release of the first few episodes, Chopra was criticized for her character’s whitewashed name, Alex Parrish, and her carefully Americanized accent. (Later on in the series, Alex is shown interacting with multiple Indian characters in Hindi, perhaps a correction on behalf of the writers after the criticism of the lack of portrayal of her cultural identity.) She was also condemned for the overtly sexual nature of her character, as Alex has sex with a perfect ‘stranger’ in a car just minutes into the premiere.

More recently, an episode from season three, titled “The Blood of Romeo,” about Indian-Pakistani tensions created great debate in its portrayal of Indians. As officials from India and Pakistan are set to meet at a fictional summit in New York City, Alex and her team race to stop a nuclear explosion. First led to believe that it is a plot created by the Pakistanis, Alex uncovers that the Indians are really behind the attempted attack, planning to point the finger at Pakistan.

Tonight’s episode is titled The Blood of Romeo. Nothing ominous about that! ? #Quantico

The episode was one of the better ones of the series and was a refreshing way to explore the theme of bias within the South Asian community. Deep, a new addition to Parrish’s FBI black ops team, discovers the effects of his bias at the end of the episode where he failed to see the motives of his own people, eager to believe the Pakistanis were behind the attack.

‘You’re lucky you’re from Oakland and not Delhi,’ he says to Alex. ‘You’re not burdened by the same history.’

The episode also touched on the destructive nature of the ongoing cycle of violence between nations when the mastermind of the attempted attack reveals that his motivation stems from his wish to avenge the death of his father, a casualty of a Pakistani bomb detonated in India. The writers imply that both sides just continue to lose as more lives are taken.

With the airing of this episode, Chopra received significant backlash from the Indian audience though she had no input in the storyline or the writing of the episode, a point that ABC emphasized in its public apology.

Part of representation is having real issues of a population explored on screen, and perhaps that is the aspect for which South Asians were not prepared. The issues of Indian nationalism and Indian-Pakistani tensions are still so pertinent and ripe with emotion that they are perhaps too difficult to digest in such an objective manner.

As the series ends, I am saying goodbye to Alex Parrish. As you’ll see, her story will come full circle…and that is the best feeling as an actor. Bringing Alex to life has challenged me physically and emotionally, but even more significant it has (I hope) cracked the door open for female talent and women of color to play leading ladies. Thank you for opening your homes and hearts to me every week! Thank you to the cast and crew of #Quantico for being such an amazing team to work with, for all the memories that I will cherish…memories of laughter, of learning new things, of making friends for life. It was a pleasure working with each and every one of you, and I look forward to crossing paths again! Thank you @joshsafran @abcnetwork @mseitzman @disney and everyone who worked on the show

As the series came to its final end, the characters take a moment to reflect on how far they’ve come since their days as recruits at Quantico. Though the twists in the finale are predictable, the ways in which the show itself has matured are also quite clear.

What started out as a sexy drama about good-looking young recruits at an FBI ‘summer camp’ with confusing parallel storylines evolved, with a change of creative direction in the third season, into a spy thriller with a heart that lies in highlighting the complexities of working undercover and the strain it places on personal goals and relationships.

The end of the final episode is the most grown up we’ve seen Alex Parrish, as she chooses a path that she has often run away from, and the most refined we’ve seen Chopra on American television.

In just three years, Chopra has paved the way for other female and South Asian actors in the entertainment industry. She has classified herself as a force to be reckoned with in both India and America and has made being desi just a little more mainstream.