In the News Politics Social ActivismAugust 8, 2018 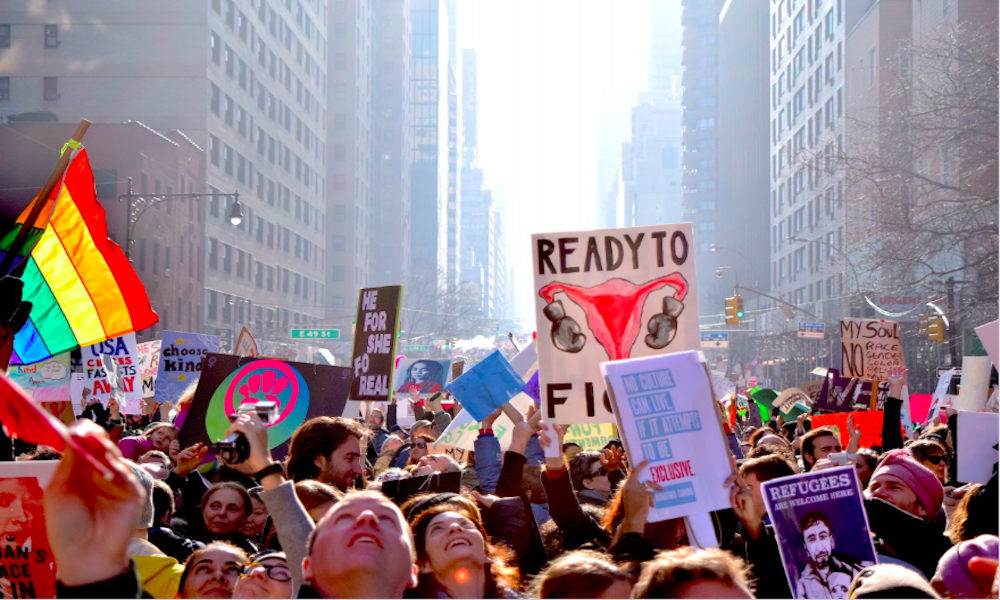 A few weeks ago I attended an Advocacy Institute hosted by the American Civil Liberties Union (ACLU), and while I was inspired by the diversity amongst all the youth advocates, I was saddened by the lack of South Asian youth representation. Among the 1,000 people in attendance, only about 15 identified as South Asian.

But I am not surprised by the dearth of activism and sense of civic duty within the South Asian community.

Advocating for civil liberties and human rights seems simple, and while dissent may seem patriotic to white activists, it can be scary for many communities of people of color (PoC). It’s frankly discomforting seeing little to no representation in advocacy or politics that could serve as a support system to PoC. Without strength in numbers, the South Asian community, specifically, will continue to not have a strong voice in politics.

It’s not anyone’s fault except ours that people forget to think of South Asians when referring to “black and brown communities.” Aside from being highly marginalized, African-American and Latino communities are mentioned in speeches, rants, and political conversations because they make their voices heard through advocacy and performing their civic duty. Of course, we are a brown community, but we are not a brown community that raises attention to prevailing issues in our home countries or in the U.S.

This is the common narrative of South Asian communities: We are inherently a broken system from within. Speaking out, or against something, is not a core value within the South Asian community. Silence has always been seen as a token of obedience; it’s so ingrained in our culture that we see it as a core value. This is how internal issues such as domestic violence, sexual harassment, and abuse also get swept under the rug. It’s “tradition” to not speak out, to not perform our civic duty and get involved.

But I am tired of this narrative.

I am tired of our community sweeping important issues under the rug in our homelands and doing the same in America. I am tired of people associating submissiveness with the South Asian culture. South Asian-Americans, and first- and second-generation kids, especially, have the obligation to change this rhetoric and be politically active.

This week (August 6) in Dhaka, Bangladesh, a tragic traffic incident spearheaded hundreds of students to protest against road conditions and demand for improved road safety. They did not let “tradition” get in the way of what is just. They did not succumb to merely sweeping the issue under the rug – a “solution” our parents’ generation and previous ones have become accustomed to.

If students in Bangladesh can mobilize movements that gain international attention, I’m sure the South Asian-American youth can become more politically active. We cannot follow the footsteps of our parents’ generation by remaining silent. They remained silent because it was what they were taught; it was a different time and place. Living in America, in a time of rising youth advocacy, the South Asian youth has a privilege that their parents may not have had. It is imperative we get involved, but we must educate our family members. Many of our relatives have carried on ideologies that are inherently backward to a progressive society.

How can we advocate for anti-racist policies and the rights of marginalized people of color when we unconsciously perpetuate the colorist ideology that “fairer” skin is superior? How can we rise to political platforms when there is a constant verbiage of racist and homophobic slurs nonchalantly thrown around in our community?

We must hold our community accountable by asking these difficult questions. Ideologies hold a certain fluidity that allows us to change our opinions and thoughts. They should never be tied down by tradition.

We need not forget that our ancestors faced adversities, pain, and heartbreak in America, which indeed still carry on today. The South Asian community has had to endure Islamophobia and other degrading forms of racial profiling. Our voices—our ancestors’ voices—deserve to be heard. We must establish a platform where we can not only teach and discuss issues we face within our own community but also fight oppressions inflicted on other PoCs. We must perform our civic duty.