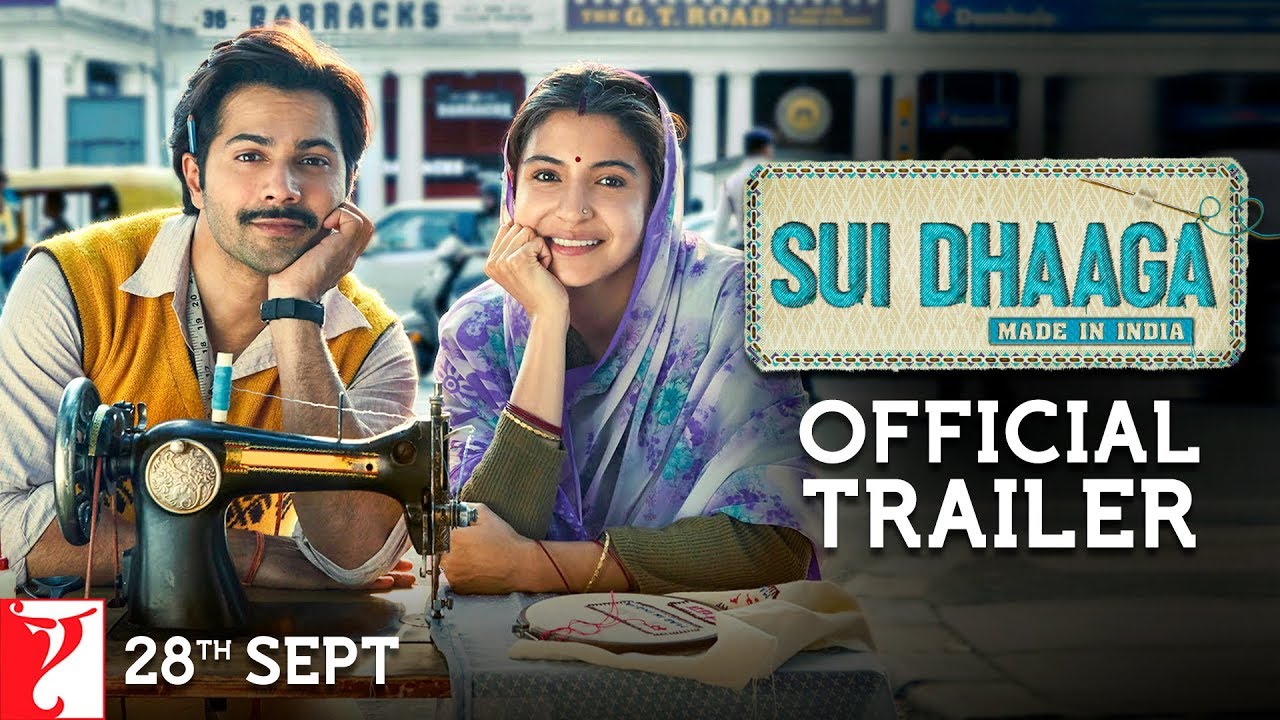 Sharat Kataria first made waves as a director in Bollywood with the film “Dum Laga Ke Haisha.” The film was recognized as a beautiful underdog love story full of heart, and the same will likely be said for his next project, “Sui Dhaaga,” based on the trailer unveiled earlier this week. With more than 16 million views in the first three days, the “Sui Dhaaga” trailer has already garnered massive appreciation from the masses.

Varun Dhawan and Anushka Sharma play Mauji and Mamta, a small-town couple burdened by their lower class life. For happy-go-lucky Mauji, respect is hard to come by, both at home with his parents and at the odd jobs he picks up. Mamta becomes so busy catering to her in-laws that she and Mauji have little time to establish a relationship beyond their law-bound marriage. In a struggle to better their circumstances, she encourages him to revive his family business in tailoring. “Sui Dhaaga” is not just about the struggle for survival but also what it takes to earn respect when one has little to his name.

The aspect of the trailer that evokes an immediate reaction is the new character looks for both Dhawan and Sharma. With most of their previous films set in urban landscapes, their “Sui Dhaaga” avatars are surprising departures. While Dhawan’s only significant physical change is the addition of the mustache, Sharma goes completely “de-glam.” Wearing little-to-no makeup, she brings an authenticity to the character in just a short three minutes.

Reflecting the idiom “Behind every successful man is a strong woman,” Sharma seems to inhabit a meaty principle role in the film. While Mauji accepts the life to which he has been reduced, it is Mamta that recognizes his skill and pushes him to create his own opportunities. Sharma’s character already challenges the widely accepted perception of small-town women as docile and only capable of homemaking. Not only does Mamta offer her emotional support, but she also becomes Mauji’s business partner. While Dhawan has never played a part like this, he has almost always played the lovable characters. Mauji’s last lines in the trailer, with their rhyming English words, remind me of the poem that Humpty recites to Kavya in “Humpty Sharma Ki Dulhania.” At another point in the trailer where Mauji displays his confidence that he will make it big, it seems that Dhawan lends too much of himself to the character: It doesn’t look like he’s acting at all. It comes across as the self-assured Dhawan in a fake mustache. However, it is clear that Mauji is the character that will charm the audiences in September, having warmed their hearts to their melting point by the end of the film.

While this is another film of a quirky couple likely to beat the odds against them, Kataria is successful in creating a fresh, believable world unlike those depicted before on Bollywood’s big screen. The biggest difference here is the relationship between Mauji and Mamta. While “Dum Laga Ke Haisha” focused on the obstacles facing an odd pairing brought together by an arranged marriage, in “Sui Dhaaga,” these two are each other’s greatest strength.

[Read More: 4 Reasons The Trailer For ‘Badrinath Ki Dulhania’ Has Us Hyped For The Film’s Release!]