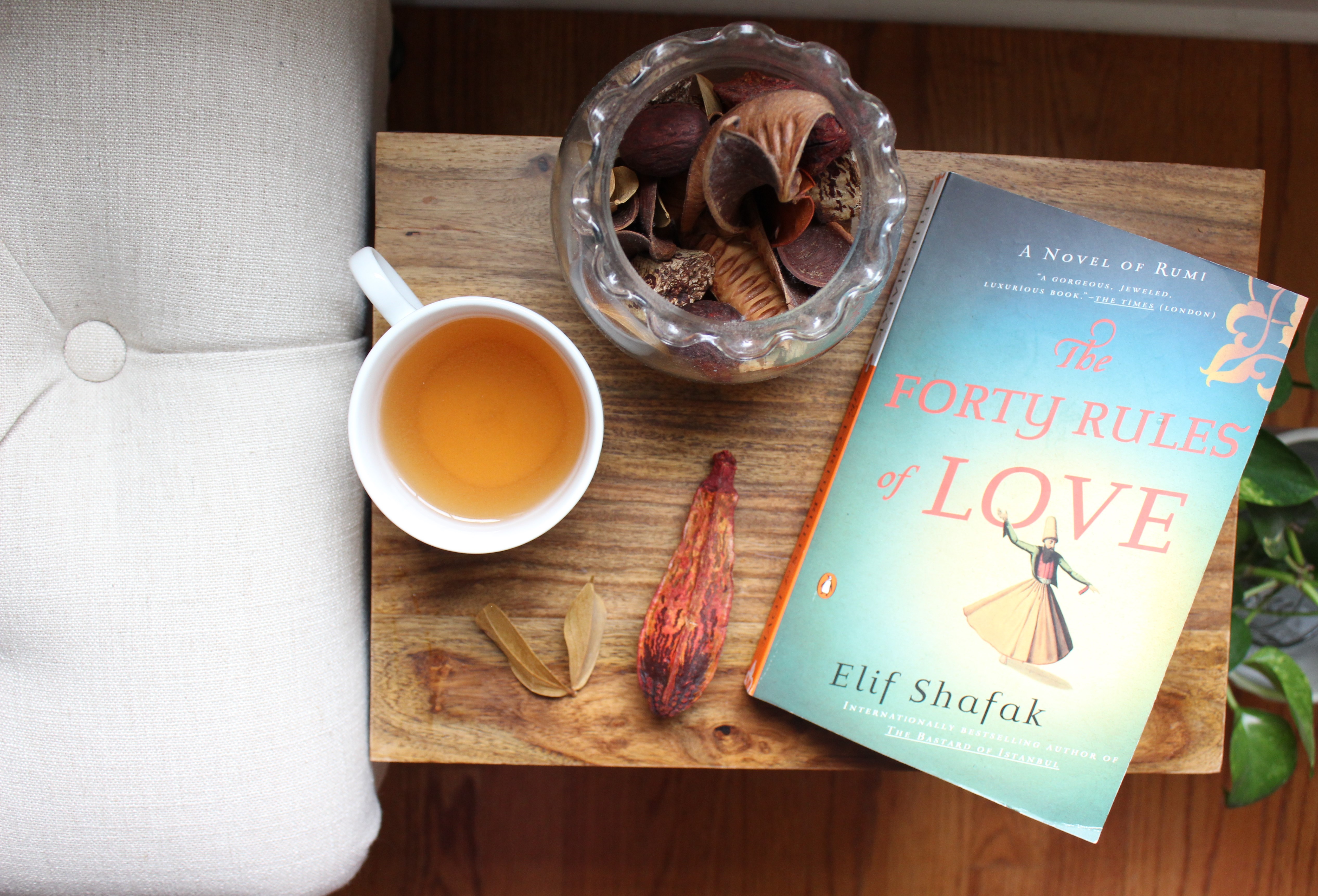 “This world is erected upon the principle of reciprocity. Neither a drop of kindness nor a speck of evil will remain unreciprocated.” – “The Forty Rules of Love,” page 330

A few months ago, a friend cleared up my misconception about Rumi in a Brooklyn Barnes & Noble bookshop. The deceased mystic poet who receives widespread attention on social media today did not write about romantic love, but a love greater than that. You can call it a love for a higher power, or God.

I was shocked to learn that all the women who were finding comfort in Rumi’s beautiful poetry were mistakenly interpreting his words for romance, when in reality, they were about a love that encompasses all of humanity, and therefore, a higher power. (I learned to extend this definition of love to “humanity” only after reading “The Forty Rules of Love.”)

The novel “The Forty Rules of Love” by Elif Shafak plays a clever game of inception where the main protagonist Ella, who is initially a housewife, is assigned to read “Sweet Blasphemy,” a manuscript by a converted Sufi wanderer named Aziz. After 20 years of marriage, Ella becomes cognizant that her partnership with David, her husband, is lifeless. Sure, she enjoyed cooking for the family and making sure every household task was done in a timely manner but knew that she had lost herself. (This kind of gave me déjà vu, as the birthing of rebellious thoughts against domesticity are a familiar theme in Kate Chopin’s “The Awakening.”) The only noteworthy accomplishment of David in Ella’s life was helping her receive the job of a book reviewer. Otherwise, David continued to cheat on Ella and other than his wealth, provided no substance in her life.

Little do we know that as she starts perusing “Sweet Blasphemy,” her world slowly begins to change. As each page unravels an enlightening tale through which we join Shams Tabrizi’s quest to find his spiritual companion Rumi, Ella, too, begins to feel enlightened as a reader. Her curiosity compels her to reach out to the author of the manuscript by disagreeing in an email that “love is the essence of life.” Email exchange after exchange, Ella falls in love with Aziz, and he feels the same.

However, you’d think that as you read “The Forty Rules of Love” you’d give Ella’s story more importance over the events of “Sweet Blasphemy.” Interestingly enough, it was the opposite. Shams Tabrizi parting his spiritual wisdom on Rumi is the main component of this novel. As Shams leaves his hometown to find his god-sent spiritual companion Rumi, he starts sharing with us the “Forty Rules of Love.”

“Whatever happens in your life, no matter how troubling things might seem, do not enter the neighborhood of despair. Even when all doors remain closed, God will open up a new path only for you. Be thankful! It is easy to be thankful when all is well. A Sufi is thankful not only for what he has been given but also for all that he has been denied.” – “The Forty Rules of Love,” page 73

We also see how Rumi and Shams become an inseparable spiritual duo and how the lives of those around them also change as a result of their union. Rumi’s wife and one of his sons feel heavily neglected. Rumi’s adopted daughter falls in love with Shams only to be crushed by the reality that he can never return the romantic love she feels. As Shams engages Rumi in several trials for him to surrender his glorious reputation as a preacher, people begin to acknowledge both Rumi and Shams as societal ills. Shams also makes Rumi enter a tavern to drink. They do not end up drinking, but it does tarnish Rumi’s reputation and teaches him (and us readers) to not remain too unattached or attached to anything in a material world.

At the end of the novel, after all of the spiritual wisdom is shared, Shams knows his death is slowly approaching. Shams is killed and Rumi becomes devastated. The “bromance,” however, lives. Similarly, as Ella eventually leaves her old life to share one with Aziz, we learn that Aziz, too, cannot provide a happy ending. He dies of disease but allows her to escape her monotonous dry life in Massachusetts.

Despite these deaths, Ella, Rumi and the readers gain a myriad of lessons including how there is no force greater than love in the universe, how all religions carry this central message and, most importantly, how we need to surrender to items beyond our control.

I believe “The Forty Rules of Love” is a necessary read in mainstream society, because though it centers around the Sufi theme, it paints a positive picture of Islam that the media often taints. It mentions how Sharia law is a small pond in an ocean of God’s teachings, and how one should not be so attached to the rules, but instead, to God’s real intentions. It also touches on how women are equal to men.

What I appreciated most about the novel is that although three of the characters were of one faith, the novel continuously made an effort to show how there is not one interpretation of the religion more superior than another. That, through all the character development and narrations, really stuck with me when I was done reading.

I award “The Forty Rules of Love” five stars on Goodreads!

Dhara Singh is currently an analyst at J.P. Morgan. She graduated from college in May 2016 with a Finance/Supply Chain degree as well as a minor in African, Middle-Eastern and South Asian Languages and Literatures. Her hobbies include blogging about books, poetry and the most taboo issues in modern day society. You can read more of her writing at dharasingh.org.