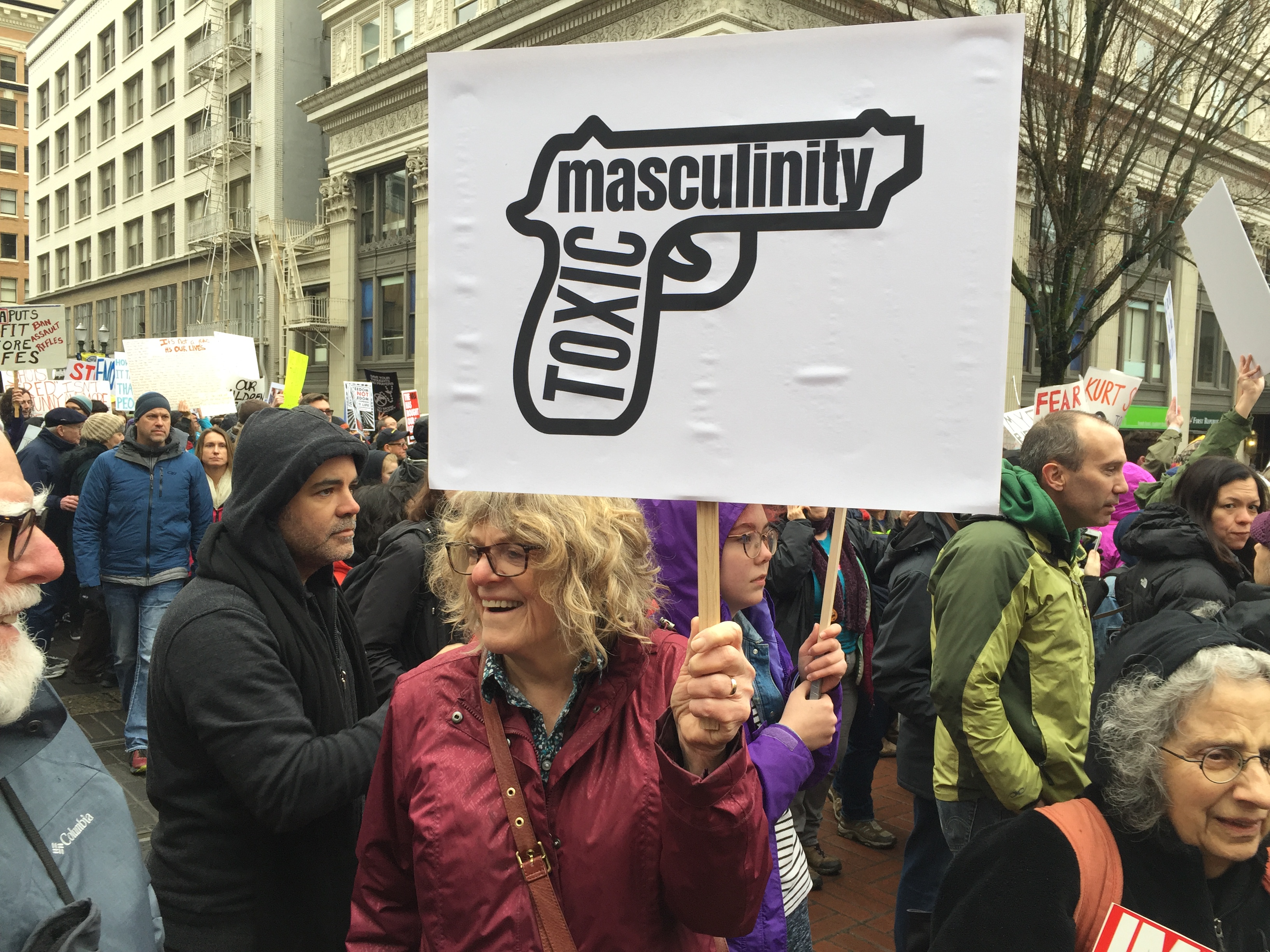 Mental health has always been a taboo subject in the South Asian community, but thankfully these days more and more people are breaking the silence. Yet sadly, there’s still one group whose voices remain relatively silent: South Asian men. Not only do desi men have to battle with cultural stigmas, they also have to deal with toxic masculinity norms that can make it near impossible to speak about their issues. It doesn’t have to be this way and that’s why I’ve curated this list of just a few South Asian men opening up about their feelings, their struggles, and how they’ve coped. From former bankers to creatives, these desi men come from a wide variety of backgrounds and talk about a range of topics with one thing in common; by having the courage to be vulnerable they’re creating new, healthier norms. By bravely breaking the cycle they’re showing other South Asian men they are certainly not alone – that it’s not just ok to open up, it’s quite possibly the most courageous, “masculine”, and important thing you can do.

1. BG Kalwinder Singh Dhindsa On Recovering From His Dad’s Suicide

“In our culture, men are seen as the breadwinner, men of the house, top of their game. So sufferers try to remain strong and we don’t talk about it. My dad didn’t share what was on his mind – and he took his life…

Suicide stops people in their tracks. On March 1, 2006, that was definitely the case for me. It took me a long while to finally get back on track. Almost nine years later an uncertain journey eventually led me to the straight and narrow, upon hearing about what led to the death of Robin Williams. The man who set me free and provided me with a form of closure and an acceptance to understand. This allowed me to try to do my utmost best to help others who have also traveled a similar path.

But before that life-affirming revelation, I chose to first and foremost open up to myself. Immediately after my father’s death, I knew that I could never allow my memories of him to be lost in time. Therefore I decided to write… It was difficult to talk to anyone at the time; a cloak of silence seemed to have masked all attempts to understand why my father’s death occurred. Religion mixed with custom all soaked in culture – Suicide was taboo, a stigma to be avoided at all cost.

Eventually, I began to seek some professional help. Thankfully, I was referred to a mental health therapist who helped me set foot on the road to happiness. A person who listened without prejudice, unblemished by society’s taboo [and toxic masculinity norms].

Pain was the motivation for my change; an opportunity to question my life and move on. There couldn’t be any time to stop and contemplate the darkness. I needed to be distracted and, thankfully, writing came to my rescue.”

[Read Related: Men Have Body Image Issues, Too: This is My Naked Truth]

“The checkout line was stocked with entertainment magazines and tabloid covers. One of them was Men’s Health – I don’t remember what was on the cover, but they were all the same… What I remember is that the cover model’s arms looked as wide as my head and his abs may as well have been sculpted by Thor’s hammer.

My body is not like that. I’ve never seen my abs since a nice cushion of belly fat has always kept them well-hidden. I’ve done my best to make sure nobody noticed and over time — I became very good at sucking my stomach in.

I cross my arms and stand up straight to look tall and defiant. I tuck my hands behind my biceps rather than resting them on top to make them look bigger just in case anyone is looking, even though nobody is.

Feeling self-conscious about our weight is a universal insecurity, yet men tend to worry more about being underweight and desire a hyper-muscular physique.

[But the problem goes beyond the desire to look muscular] – toxic masculinity has defined the ‘ideal man’ to be more than just muscular. Other physical attributes, such as balding or receding hairlines, penis size, and height are also common anxieties.

I didn’t initially want to admit so publicly that I was (and still am) insecure about my own physicality. The irony of that is not lost on me. I still see those Men’s Health magazines every time I’m at the grocery store checkout, part of me still wishing my body looked exactly like those of the models emblazoned on the covers.

Yet choosing to learn more about toxic masculinity and the psychological effects it has on men has taught me at least one thing: I am not alone.

Over time, I’ve learned to slowly tune out those harmful images and just focus on myself. Hopefully one day, I’ll truly be able to grow into my own skin.”

3. BG Rikin on Breaking Free of the Rat Race and Cultivating Self-Compassion

“For a long time I was working towards moving up and it occurred to me three years ago I should get out of the rat race and expand out instead of move up. At first, it was really fun to get out of the race, then it became painful not to have the identity I once got from my success and what people thought of me. I cracked, did unhealthy things, and I didn’t like myself anymore.

[What got me through] was quiet: Meditation. Just being by myself but in a very specific way because I used to be by myself in a way where I believed the voices in my head, but now I try to be very kind to these voices. There’s another voice now that feels like a kind parent saying it’s ok to feel that way. I have self-compassion now.

And gratitude comes from that self-compassion. Looking for simple things now instead of big things like I used to. Really small things that exist at this moment—everyday, boring things to be grateful for—these now make me happy.”

4. BG Chacku on Addiction and Trauma

“I am an Indian-American, born in Kuwait, and the first person in my family to be raised in the U.S. As a trauma survivor, an ex-patient of mental health, and addiction treatment services, my mental health and addiction recovery has been in isolation away from the support of my own extended family and broader South Indian community – essentially those who would rather just see that ‘I’m better’ and not deal with the issues that our communities continue to face. For them, my personal experience is easier to view as an individual condition of my own being (medical, moral, social, pick one), rather than an example of something others in our community might face as well or a microcosm of what our communities are going through.”

5. BG Rasanath on Trading in Wall Street for Authenticity

“I graduated from the Indian Institute of Technology, worked for Deloitte in New York City, got an MBA from Cornell, and finally landed a job at Bank of America as an investment banker.

During my first year at university in India, I had a mini existential crisis. I had always found my identity as an all-around achiever, but that was being severely challenged as I competed with my classmates, who in many respects were better than me. It was my first encounter with the temporality and fragility of the unconscious identities we adopt and hold on to so strongly. The emotional effect of my failures led me to search for deeper answers.

[But a near-death experience] led me to deeply rethink my pursuit of success and the image that I wanted other people to see. At work, behind the mask of success, fame and smooth deals, I saw deep-seeded insecurities that manifested themselves behind closed doors in unhealthy ways.

I saw the same darkness in myself and over time I could not put my heart into my work. I was afraid of quitting my job because it meant letting go of an identity that received so much validation and respect from the outside world. In the pursuit of success, I had become such a compulsive achievement machine who had lost touch with my own authentic self. That realization led me to quit Wall Street, become a full-time monk, and finally, start Upbuild.”

Are you—or do you know—a BG man who has a similar story to tell? Send your stories to sheenavasani1@gmail.com for a chance to be featured in Brown Girl Magazine and The Desi Wellbeing Project, where you can also read more pieces like these.

15 Minutes to REFLECT During Times of Adversity