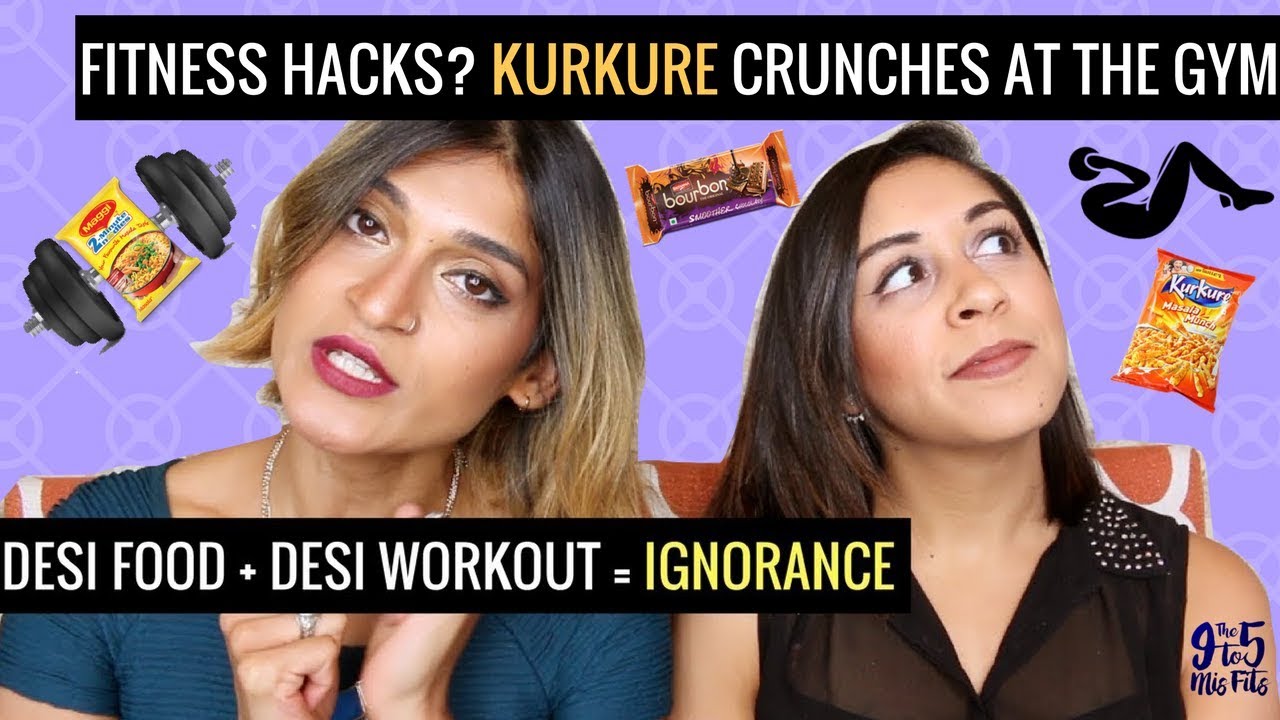 Ahh, fitness and nutrition. You know it’s good for you. You’re well aware that having a healthy lifestyle can mean good things for your career. But why is it so hard to implement? Turns out we Desis have a few limiting beliefs that are unique to the culture we grew up in.

Today, we shed light on the misinformation and resistance towards nutrition and fitness.

Of course, this post is not meant to put Desi parents on blast and say it’s all their fault. The goal is to make people aware of the behaviors and myths. Because that’s the first step to making meaningful and healthy lifestyle changes.
FOOD MYTHS AND BEHAVIORS
Ok, so we gotta start with food. Food is like a religion to us. There’s so much culture, tradition, and emotion tied to food. It’s how we bond with others. All our family gatherings, festivities, vacations center around food.
But, there’s a downside …

We express our love through food, which I have no problem with. I absolutely do the same. What I’m not on board with — the force-feeding and emotional blackmail you’re subjected to if you dare decline food.

Sometimes you’re genuinely not hungry. So having someone put food on your plate and force you to eat is a stressful ordeal. Especially when it’s followed with “I made this especially for you, beta”.
There’s also a lot of skepticism about diets, even among younger generations. If you tell people you’re on a gluten-free diet, get ready for all the shaming and eye-rolling coming your way.

Believing all Indian food is healthy

Yes, we mostly cook from scratch and use ingredients and spices with lots of nutritional value. All good things. But there’s a general lack of awareness about food groups and macro/micronutrients. We’re not conscious of how many carbs, fats, proteins, we’re consuming and in what proportions. Everyone’s bodies process things differently. Being vegetarian or getting your calcium from dairy isn’t suitable for everyone.
Try telling your grandma that, though, and be ready for one tight slap!

I get it. Life as an immigrant is hard. Like so many others, my parents had to be frugal. But even now, decades later, old habits die hard. They don’t really see the value in buying organic food.
Why shop at “Whole Paycheck” when Costco exists! Oh wait, what’s that? Costco also has industrial-sized packets of bhujia disguised as trail mix? We’ll take the lot!
Gotta say I don’t hate my parents’ Costco binges, though. I have been known to forage in their pantry every time I go over.

[Read More: 9to5 MisFits: Why Desis Procrastinate (and how to STOP)]

Most Desis equate being thin with being healthy. Exercise means cardio or walking because the ultimate goal is just to lose weight. There’s very little emphasis on weights, building muscle mass, stamina, strengthening your bones.
Of course, let’s not forget the body-shaming — there’s tons of it to go around. True story, Pavi and I went to India last year to set up meetings with a few Indian YouTubers. We mentioned this to our Uber driver in Mumbai who immediately said, “I hate Mallika Dua. She’s so fat!” Umm, sir. I fail to see what this has to do with her brilliant content or talent. I didn’t mention that this person was himself very heavy-set, and his declaration came with no sense of irony or self-awareness. Boy, bye!

Fitness is not valued

As Desis, fitness is not high on our priority list. What does make the cut — academics, career, and family. Everything else is secondary or entirely unnecessary.
In fact, there’s a real stigma around taking care of yourself because it’s seen as vain or frivolous. People often lack a support system when it comes to their weight loss journey and they’re even discouraged from it. “Why do you want to look like some heroin?”

Fitness is not a habit

Yes, people are more health conscious now. But most of us didn’t grow up in households with strong routines around fitness. Most of our parents only start to take care of their health once something goes wrong — usually in their 50’s and 60’s. But by then, it’s really hard to form habits that stick. This, in turn, becomes learned behavior for us.
Why not start early with some preventative maintenance and create lasting routines?

In creating this video and article, we did a fair amount of research. We also interviewed a lot of friends and acquaintances about their experiences.
A common theme emerged…
For the majority of us, our beliefs and values around nutrition and fitness come from our parents. We then pass these values down to our kids.

But it’s time we became aware of our beliefs and made changes where necessary. You know, before it becomes learned behavior for the next generation.

How to Achieve a Flawless, Colorful Look for Your Next Desi Wedding