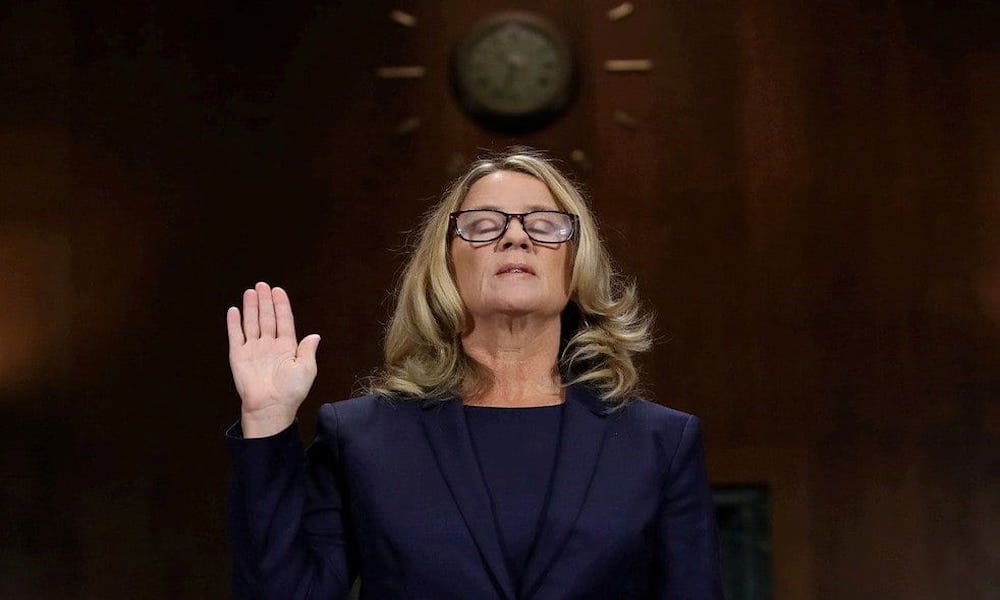 Justice. This is what people appointed to the Supreme Court are called. In Judge Kavanaugh’s case, this is the title that will potentially be placed before his name in days to come. Ironic, isn’t it? He could be known as a Justice because justice may not be served.

Yesterday, I watched in horror as the Kavanaugh-Ford hearing unfolded on TV. It was like another 9/11 moment for me, as I imagine it must have been for countless other survivors of sexual assault and rape. This time though, the Twin Towers were Dr. Ford’s reputation and the plane crashing into them was Judge Kavanaugh’s cocky attitude and the Republican Judiciary Committee members’ utter denial that anyone but Kavanaugh and his family were affected by this. I felt shock. I felt terror. The one thought in my mind was “This can’t be happening.”

But it was. It was happening.

I remember hearing Dr. Ford’s voice, how it shook under the weight of the shame and guilt she supposedly has to bear. I recognized it because when I spoke up about my own experiences two years ago, my voice shook and broke in the same way. That was the voice of every survivor that has been told that they are responsible, that they are required to carry the burden that should be that of their assaulters.

Then there is Judge Kavanaugh’s voice, not shameful or guilty, but instead defiant and brash.

“I’m innocent,” he retorted as he was asked if he would support delaying his confirmation to allow a proper FBI investigation into his accusers’ allegations.

If he was truly innocent and knew he would have no trouble in being confirmed, why couldn’t he have answered with a firm “yes” for the sake of his daughters, his wife, and his mother? Why couldn’t he have thought, “If this were my daughter, my sister, my wife, or my mother, I’d want the same justice that Dr. Ford is asking for herself today?”

I don’t know whether I am more hurt or angry. All I know is that tears have spilled out of my eyes, even though I wasn’t the one being questioned and prodded. My blood ran cold, and my brain wreaked havoc on itself just trying to figure out how to comfort almost every girl I know, as so many have been untouched by this vicious trend.

[Read More: Roy Moore: ‘As a Rape Victim, I am Furious You’ve Made it this Far and Wonder When the Cycle Will Stop’]

But even amidst all this despair and emotion, there have been rays of hope. By talking to others, by sharing the pain, I found that people are listening; their eyes fixed to the news and hearing on their TV screens that normally were turned to Grey’s Anatomy and Super Smash Bros. They are out protesting in their streets and in front of their capitol buildings. The people, especially the women, are serving justice in a much different way.

Isn’t it amazing how the screams of one terrified woman from more than three decades ago have now become the shouts of support, resilience, and defiance belonging to hundreds and thousands of men and women across the nation?