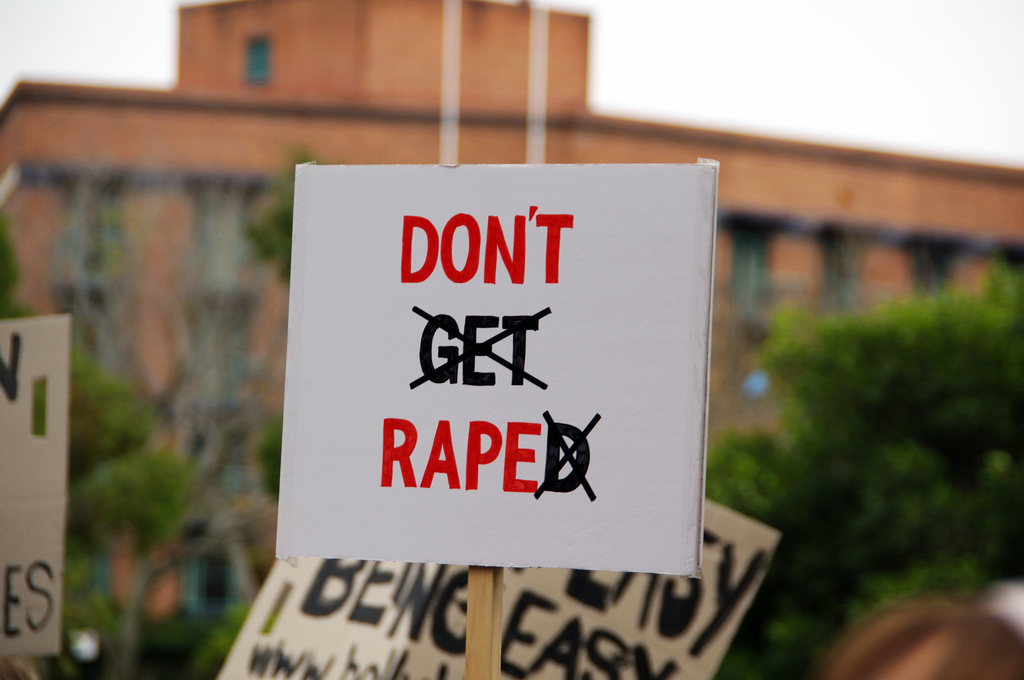 Since Jyoti Singh Pandey’s brutal gang-rape case in 2012 brought the rape crisis to the forefront of Indian news, public awareness and anger have remained heightened across the country. She was named “Nirbhaya“ because the nation saw her exactly as that – fearless. Yet, there has been no change for the better. A 2016 report by the National Crime Records Bureau (NCRB) shows that 106 rapes are recorded per day in India, with four out of every 10 of the victims being minors. Furthermore, as the report also shows, 94.6 percent of the cases showed the perpetrators to be the members of the victim’s family. This makes one wonder about the daunting number of unreported cases that exist, especially since marital rape is not deemed rape at all. So, the situation is not getting better. Our cries are just getting louder.

When a woman comes forward with a rape claim in India, there are a fixed number of outcomes for her. Regardless of her class, caste, religion or any other identity, these are her realities. One: Her case is not even taken seriously by the police. This could be because they do not see it as a legitimate addition to their caseload or some other such patriarchal preoccupation. Two: Her rapist was someone powerful against whom taking action would be deemed pointless or dangerous to pursue. Three: The case gets filed and then the justice system rips her and her family apart. The process of going through a trial in India is long-drawn and traumatic. It places the burden of proof upon the victim, regardless of how heinous the crime and powerless she is. Four: Society rapes her again. A girl and her family are subject to violence and ostracization for seeking justice. Even if the rapist is convicted, a few years in jail is no deterrent, especially when the system is so corrupt that he will probably be out in a short while.

India is a country where criminals are protected much better than women are. It is their faces that are covered and bodies surrounded by security while they await trials that will provide little to no relief for families. How can we protect our girls in the streets when we cannot protect them in their own homes or even in the wombs of their mothers? Today, the 1996 Prohibition of Sex Selection Act prohibits Indians from determining the sex of their child before birth remains in place. The law stands in place because we still do not want our girls, and that is exactly how they are treated from womb to grave. It has been ingrained in Indian society to see women as commodities that deserve whatever befalls them, especially if they deviate from the norm. These are norms that imitate how our colonial oppressors expected women to behave.

And now, about castration as the punishment for rape in India. In 2013, a year after Nirbhaya’s brutal rape and death, the idea was rejected by the Justice J. S. Verma Committee, which said castration “fails to treat the social foundations of rape.” The committee outlined how sexually violent crimes are “not merely crimes of passion but an expression of power.” I agree that the solution to the problem lies in the social foundations that strengthen our rape culture. The stark power difference internalised by men and women is not inherent but learned. This is why the committee recommended education reforms wherein “children’s experiences should not be gendered” and “sexuality education” should be imparted to them. However, this is next to impossible and almost laughable right now – our government preaches a religion called Hindutva that eerily imitates the narrative and methods of maintaining power and control, including misogyny, that Western Christianity thrived on.

It is clear that the satisfaction of men’s sexual urges, along with all other desires, supersedes the safety of women. This has become our norm. No reform in our social foundations will fix the disease of feeling a violent entitlement over a woman’s body. We can no longer prioritise anything over the safety of our women. There is hope for future generations, but none for those who have already been indoctrinated and acted in monstrous ways. This is why I call for chemical castration. Unlike committing violent sexual acts against a woman, chemical castration is reversible. This argument is not an emotional one, even though that is often how a woman’s arguments are framed. It is a practical one. Castration is in no way a permanent solution. But, it will provide temporary relief and assure women that the men who have committed sexually violent acts against them can be made incapable of doing it again. They will be broken in the same way they have broken their victims – by having their power taken away.

There will be many more horrifying rapes that will happen in our country before a change will come. India will hang her head in shame for many more days. I am not claiming that castration will be a deterrent against the forces of misogyny driving our rape culture. It may, but that is not my assertion here. Instead, chemical castration is a chance for those who have committed these acts to atone for their wrongdoings by experiencing the absolute loss of power that defines the female experience in India. Men who rape newborn babies and children (or anyone) must never be given the opportunity to do so again. They are men who have been aroused by viciously coercive sexual activity – that too, most likely against their own family. So, it is the duty of the state to protect its people, but it is sometimes put in a position where it has no choice but to choose some groups over others. This is especially salient in a strikingly diverse nation like ours. Despite being disproportionately affected by the lack of reform and support from those who are supposed to protect them, women have never been given this consideration. And by consideration, I mean basic human rights and dignity.

For once, I am asking that we are made the priority. Those who perpetuate these crimes tend to call India their mother, but this is how they treat their sisters. They protect themselves at the price of our bodies. They take us for granted and accept our living in fear as the norm. For once, I am asking men to value our perspective on what we go through every day over their own regarding something they can never understand. For once, I am asking for us to matter.

Malini Srikrishna, is a writer and activist, training to be a public servant for India and the world. She is focused on educating and empowering communities to eradicate socioeconomic inequity. Malini believes that when differences are engaged and embraced, the human potential for social, intellectual and spiritual growth is limitless.