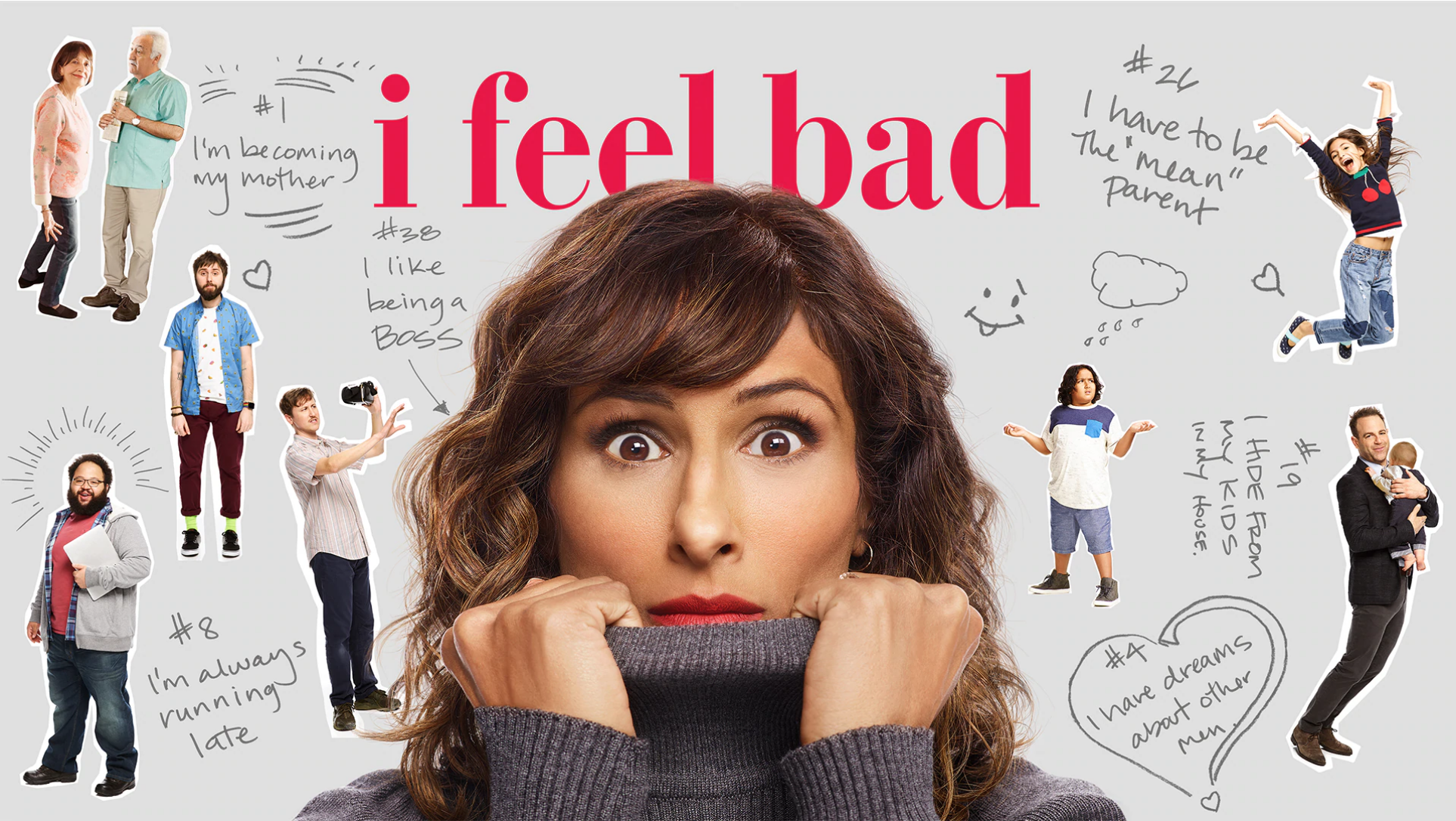 Created by Aseem Batra, the new NBC comedy series, “I Feel Bad,” is a promising start to a style and genre we all thought were monopolized by ABC (bravo, NBC!). In this new single-cam comedy, Emet (played by Sarayu Blue) is a concept artist in the video game industry. She is constantly juggling between building her own career and taking care of her husband (Paul Adelstein), demanding children, and intrusive parents without feeling “guilty” or “selfish.”

Here are some reasons why we’re feeling good about NBC’s “I Feel Bad”:

Although it is the first of its kind on NBC, “I Feel Bad” doesn’t feel like a ‘token South Asian show.’ I sympathize with networks that try to make shows with people of color at its center because it’s challenging to know where to draw the line on how (in this case) “Indian” to make the character. Emet’s character isn’t rooted in her background, it’s rooted in her present and occasionally touches on how her heritage influences some of her decisions. She’s a mother, a wife, a daughter, and a career driven feminist who happens to be South Asian because, honestly, the notion of “female guilt” is cross cultural and not exclusive to first generation Indian-Americans.

Much like there are millions of all white television shows that are great because of their characters, “I Feel Bad” is a great launch pad for more stories from unique South Asian perspectives.

2) It touches on gender disparity in a “cool” work environment.

Emet is a video game artist and her team is all men (brilliantly cast by the way). At first, you expect the men, sorry the boys, to treat her poorly and not value her opinion. But this dynamic is different. Try as they might to make Emet’s opinion matter less, they can’t help but realize that at the end of the day, she’s always on to something. Because let’s be honest, women run the world. They need her, and they acknowledge that. I like that “I Feel Bad” highlights how productive we all could be if we got rid of our instinct to despise the opposite sex, or lower their status, and just work together.

3) Its structure is unique to single-cam comedies.

We rarely see single-cam comedies (such as this one) play back and forth from a work environment to a home environment. Either the show is about the female character’s struggle at work or the female’s character’s struggle as a mother. “I Feel Bad” makes the statement that try as we might, it’s hard to keep these two from bleeding into each other. I am the first to admit that my coworkers probably know more about my personal life than my own parents (sorry, Chelsea!)

Played by Madhur Jaffrey and Brian George, this is an older Indian couple dynamic that has yet to be portrayed on TV, and I love them. People tend to assume that all South Asians have arranged marriages and you’re miserable your whole life — but that’s simply not true, and Emet’s parents are the perfect example. Madhur and Brian are the perfect juxtaposition of witty, overbearing, Indian and they are madly in love with each other.

What I hope to see on “I Feel Bad” as the season progresses:

Much like it is naïve to judge a book by its cover, we can never judge a sitcom by its first few episodes (remember that “The Office” and “Parks and Recreation” had very mediocre first-season ratings and reception). And while the first few episodes of “I Feel Bad” didn’t leave me laughing out loud, they left me hopeful for the future of the series and South Asian representation on screen and off screen.