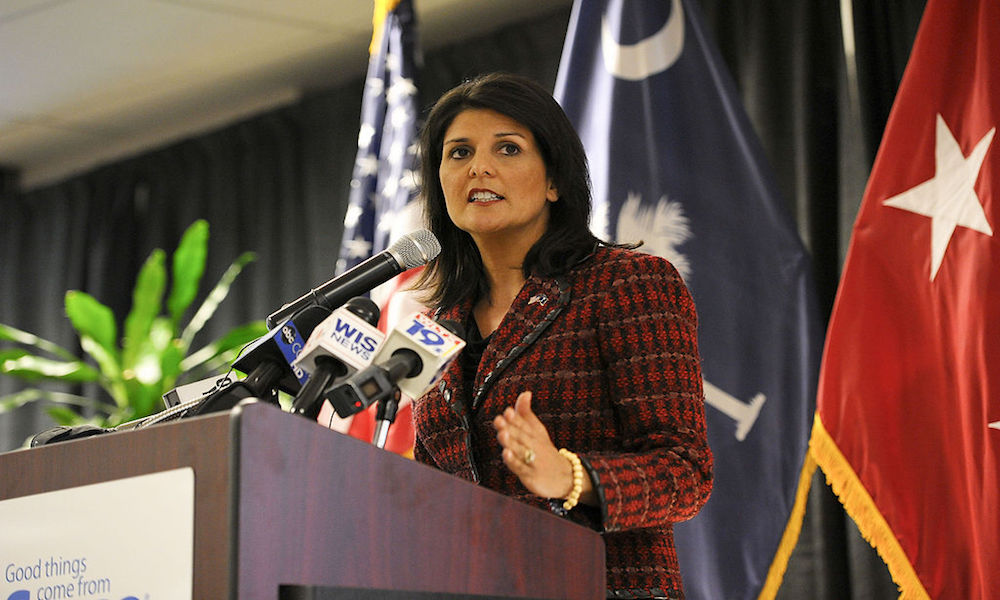 Indian-American Nikki Haley, the former governor of South Carolina, abruptly resigned from her position as ambassador to the United Nations on Tuesday.

Haley’s resignation came one day after the ethical watchdog group, Citizens for Responsibility and Ethics in Washington (CREW), requested the Department of State to look into her acceptance of seven free flights on private jets from three businessmen: Jimmy Gibbs, Smyth McKissick and Mikee Johnson. CREW claimed that these flights were worth hundreds of thousands of dollars and that if these flights do not qualify for an exemption, federal ethics regulations prohibit government employees from soliciting or accepting gifts given because of the employee’s official position.

These allegations may sound familiar as last year, the former Secretary of Health and Human Services Tom Price resigned amidst air travel controversies, as well.

Haley announced her resignation less than a month after the latest UN General Assembly in New York. Although she was voted the most popular US politician according to a study conducted by Quinnipiac University over the summer, Haley’s tenure as UN Ambassador was marked with controversy surrounding her stance on the Israel-Palestine conflict. When the UN voted to condemn President Trump’s decision to recognize Jerusalem as Israel’s capital, Haley shot back at the international organization, retorting that it was ungrateful for all of the contributions the US had made to the UN. The UN envoy also took a definite stance on the Syrian conflict, threatening to strike the Assad regime in response to the bombardment of Eastern Ghouta in March of this year.

Shooting down rumors of a 2020 presidential run, Haley in her resignation announcement said, “It has been an honor of a lifetime” serving as UN ambassador. Trump applauded Haley’s work in response, declaring, “She’s done a fantastic job, and we’ve done a fantastic job together.”

Haley will officially step down from her position at the end of 2018.