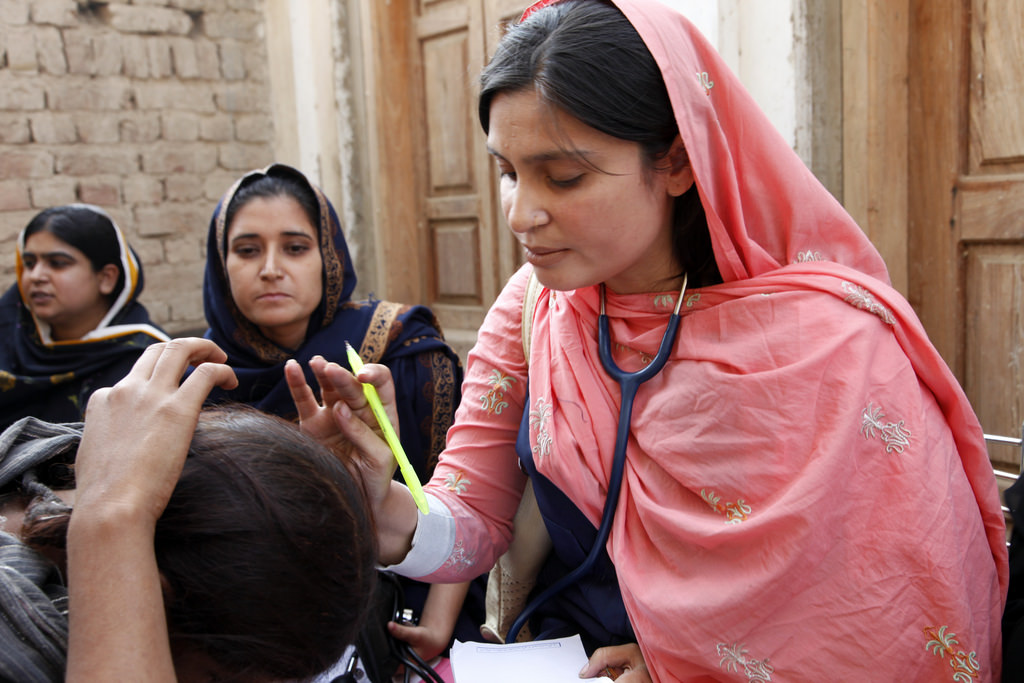 “Why did she not speak up sooner?”

In the wake of the Brett Kavanaugh hearing for the Supreme Court Justice appointment and the onslaught of sexual assault allegations, these words keep me up at night. Like many Americans, I was glued to the hearings and the moving statements from Dr. Christine Blasey Ford accounting her sexual assault with Brett Kavanaugh 36 years ago. The fear of rape, death, and revictimization that she has endured in her desire to do her civic duty to shed light on a possible predator entering the highest court of the land – these moved many of us and triggered many more. This courage under fire was more than many victims can endure and she has suffered a great deal in order to do the right thing for our justice system.

I was moved by the bravery after reading Padma Lakshmi’s brave account of her rape as a 16-year-old girl. Rape culture and vilification of the victims are endemic throughout most Eastern and Western societies but as brown girls, we face it to a greater extent, arising from a culture that shames anything to do with a women’s sexuality or reproduction; a culture that extols virginity and places men on pedestals while placing the burden to be safe on women, not men, is something we have all dealt with in some capacity. While this is something that is probably not new to our readers, I wanted to take this time to discuss some of the consequences these women suffer as a result of deeply rooted patriarchy.

[Read Related: Ain’t Nothing But a She Thing — Confronting Childhood Sexual Abuse in the United Kingdom]

I am a Pakistani-American gynecologist who grew up in the south and has a solo practice in downtown Chicago. I have worked with survivors of sexual assault and abuse right after the assault occurred in the emergency department and years later dealing with the medical sequelae in my office. Their stories, ailments, and issues have stayed with me as well. More than 30 to 40 percent of my patients are brown girls. Whether they are Hindu, Muslim, Sikh, Buddhist, atheist, they come to me. Whether they are “fresh off the boat” from India or Pakistan or ABCD women like myself, who grew up confused about their identity and how to navigate clashes of Eastern and Western cultures, I serve them. They come to me, not only for birth control or routine gynecology problems but a large majority see me for reasons that have never been addressed with them: sexual pain, menstrual pain, and pelvic pain.

We all know, have heard, or read about the consequences of sexual assault and intimate partner violence when it comes to illnesses such as anxiety, depression, post-traumatic stress disorder or a variety of phobias. Yet, how many of us realize that many women that suffer from sexual pain and aversion to sex have a history of sexual assault? Often times, when I am evaluating women who have been found to have dyspareunia or pain with intercourse, I naturally screen them for sexual assault, sexual violence, or forms of intimate partner violence as a routine. Our lifelong struggles with our sexuality and identity and shaming have led many of them us to suffer from unconsummated relationships secondary to dysfunction of the pelvic floor muscles that support the vagina and anxiety of being penetrated. This is common, across the board, for women I see who have been raised in a fundamentally conservative manner where reproductive shame, the shame of menses and lack of communication about sex are prevalent. This compounds as some of my desi patients have also suffered from unwanted advances from strangers or family members at an early age.

Sexual pain is not normal and this myth should not be perpetuated. It should be evaluated if it is a persistent occurrence causing distress in your life or your relationship. Sometimes there are reasons related to infections, dysfunction of the pelvic floor muscles, other times it is related to endometriosis, or a condition called provoked vestibulodynia which is a pain at the entry point of the vulvar opening. Another consultation I often see in my office from my Indo-Pak or Arab patients is that for hymenoplasty or surgical reconstruction of the hymen. The hymen is a congenital membrane that is found covering the opening of the vagina. It has been inappropriately been linked to virginity for centuries and is the reason many women in our societies do not ride bikes, see a gynecologist, are told not to use tampons, or go horseback riding, and thus referred to as “the membrane of honor.” Many times women are pressured into seeking this surgery. A girl’s chastity is often linked to family honor and reputation in our cultures and this has resulted in some women being threatened and killed for the sake of honor, the so-called, “honor killings.” Though this is a barbaric crime, it is still prevalent in the developing world, and we have also seen it in North America.

We have seen with the Brett Kavanaugh hearings, we still have a long way to go before victims are believed and women are able to come forward without fear of being revictimized. There are many other health-related sequelae I have seen with my patients who are victims of sexual assault or violence but wanted to bring light to a few that are rarely discussed because they are more taboo than others. There are systemic problems among all societies that contribute to sexual harassment and violence across all cultures but within the culture of conservative desi societies, we see different manifestations and equally troubling sequelae. Until we raise our children with more egalitarian views on gender roles and open lines of communication about sexual and reproductive issues, we will continue to contribute to the underlying patriarchy that contributes to sexual harassment and assault.

M.I.A’s Anti-Vax Comments are a Calculated Ignorance During This Pandemic

New Year, New You: How to Get More Collagen in Your System for Healthier Skin and Gut