In the News Politics TrendingNovember 2, 2018 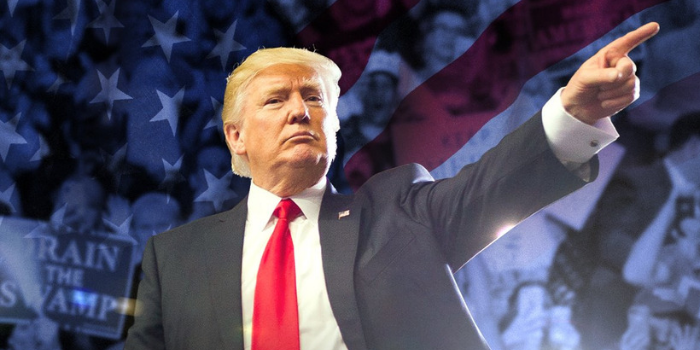 President Donald Trump has vowed to sign an executive order that would seek to end the right to the United States citizenship for children born in the country to noncitizens and unauthorized immigrants, a week before midterm elections.

His announcement came in an interview with Axios released Tuesday.

“We’re the only country in the world where a person comes in, has a baby, and the baby is essentially a citizen of the United States for 85 years with all of those benefits,” Trump said during his interview.

During the Axios interview, Trump said he discussed ending birthright citizenship with his legal counsel, concluding it can be accomplished with executive action.

“It was always told to me that you needed a constitutional amendment. Guess what? You don’t,” Trump said.

Trump did not offer a time frame for this action and many White House officials including White House press secretary Sarah Sanders were startled when the president promised such an order in the Axios interview.

According to recent reports, the number of births to unauthorized immigrants has declined since 2007. Birthright citizenship is a pillar of U.S. immigration law which is protected by the Constitution’s 14th Amendment.

Both Democrats and Republicans have spoken out against Trump’s promise, including House Speaker Paul Ryan (R-Wis.). During a radio interview, Ryan dismissed the idea, stating it is inconsistent with the 14th Amendment of the Constitution.

“Well, you obviously cannot do that,” Ryan said on WVLK in Kentucky. “You cannot end birthright citizenship with an executive order.”

According to the Washington Post, Ryan also said that Republicans did not like when President Barack Obama changed immigration policy by executive action and that altering the Constitution would be a lengthy process.

The Justice Department has declined to comment on the legality of what the president has vowed and is referring questions to the White House.

During the Axios interview, Trump also incorrectly stated that the United States is the only country that offers birthright citizenship.

According to NumbersUSA, a group that favors reduced immigration, 33 nations grant citizenship to anyone born within their borders.

The list includes Canada, Mexico, Brazil, Argentina and many other countries in Central and South America.

Earlier this week, the president also vowed to construct tent cities to house migrants traveling through Mexico to the U.S. southern border, in an interview with FOX News.

His administration announced the deployment of 5,200 troops to protect the frontier as the “caravan” continues to advance from reaching the border. The president believes there will be an “invasion” of undocumented immigrants if the border is not sealed with a wall.