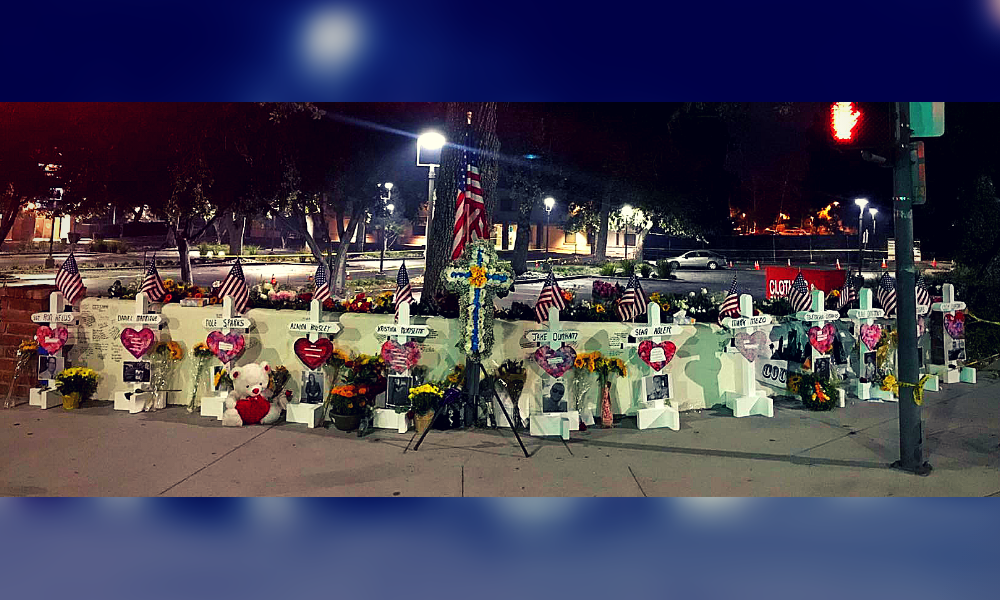 There have been 303 shootings this year in the United States.

On Nov. 7, a mass shooting at Borderline Bar & Grill in Thousand Oaks, California was added to the list. In the third safest city in America, in my hometown, endemic gun violence killed 13 community members.

For the past week, I have been reading messages on social media of strangers standing in solidarity with my town, granting me their thoughts and sending me their prayers. Typing these loaded words intend for no substantial impact other than for the suppression of one’s own civic discomfort – but our affinity for instant relief in times of distress only makes us complicit to inaction.

How many more mass shootings need to transpire before we change our response to gun violence from being reactive to proactive?

There are overlooked pieces in the gun violence argument that transcend political party lines and reveal an inherently problematic truth to gun control advocacy – and until we recognize it, it will continue to inhibit effectual change.

Starting with how we define the perpetrator: Statistically speaking, mass shooters are typically white and male. Yet, rarely do we attribute their act of violence as one of domestic terrorism. Brown and black bodies are continuously demonized as terror threats, while homegrown gunmen are normalized as having ‘mental health issue.’

Until we discontinue our implicit racial biases, we will continue to view danger as the byproduct of one’s skin color. Regardless of political ideology, everyone is guilty of holding implicit biases, allowing racial profiling of minorities to occur as second nature. Do not assume people of color cannot hold racial biases either. The South Asian community must recognize its role in creating faulty generalizations as well.

When you are fighting against national mass shootings, you are accountable for calling out domestic terrorism and white privilege – not mental health, not unstable upbringing, nor personal trauma.

Because, when it comes down to it, do we do the same for people of color?

The South Asian community, specifically, is subjected to severe racial profiling as terrorists. South Asians do not get to use a ‘mental issue’ as a scapegoat – we are instead classified as a ‘border issue.’

[Read Related: An Open Letter to the Nation’s Leaders: ‘Your Prayers Aren’t Worth Anything to my Broken Community’]

Circumvent the inconsistencies of how our nation views terrorism by mobilizing your peers, relatives and community members in intersectional discussions on gun violence. Stop accounting gun violence based off of mere relativity – that it could happen to my mom, my father, or my brother, instead, rely on a sole consideration of human worth. Learn about gun violence in relation to the discrimination of sexuality and gender, domestic violence, police brutality, and the many other archetypes of hate crimes. Do not wait for a mass shooting to come to your hometown to feel affected by its brutalities.