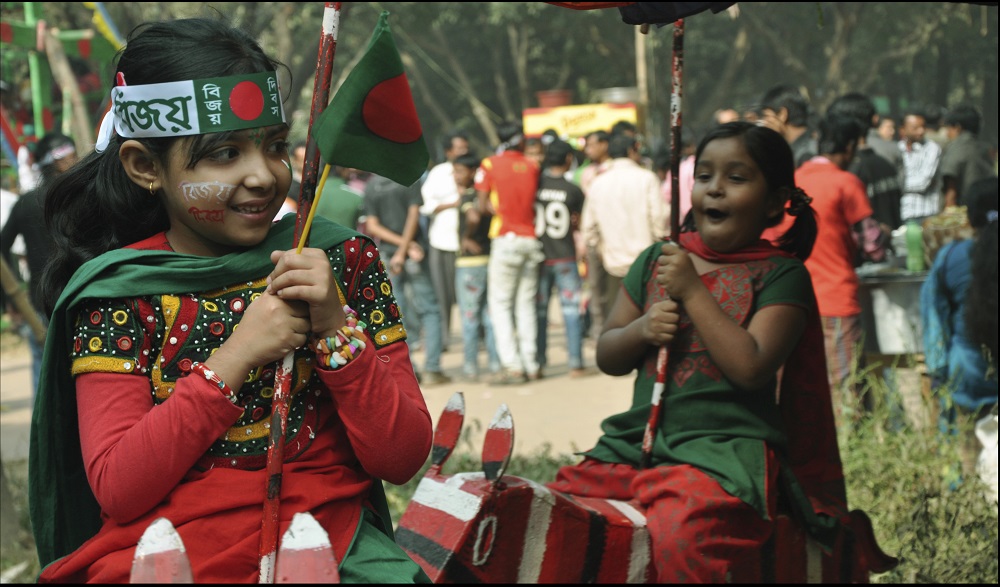 As the child of Bangladeshi immigrants, my parents ensured that my brother and I grew up knowing and understanding our roots. They made sure we knew we were Bangladeshi children, even as we grew up in the southern United States. We were taught to only ever communicate with our parents in Bangla, the mother language of Bangladesh. If we tried to speak with them in English, they wouldn’t respond until we repeated it in Bangla. As a young girl just trying to get her message across, this was a tad bit frustrating at times. That is until I learned the history of amar shonar Bangla (my precious Bangladesh), and why exactly it is crucial that I continue to speak Bangla fluently and embrace the other aspects of my culture as well.

Here’s a brief history lesson: After India’s independence from Great Britain, Bangladesh did not exist as a separate country. Pakistan, at the time, was comprised of West and East Bengal, which was later named East Pakistan. Pakistan believed that a common language would unify the country since it was made up of different peoples and cultures; while they wanted to solidify Urdu as the official language, Bengalis began to protest the country’s reluctance to accept Bangla as an official language. Loss of the Bangla language would mean the loss of culture and identity too. 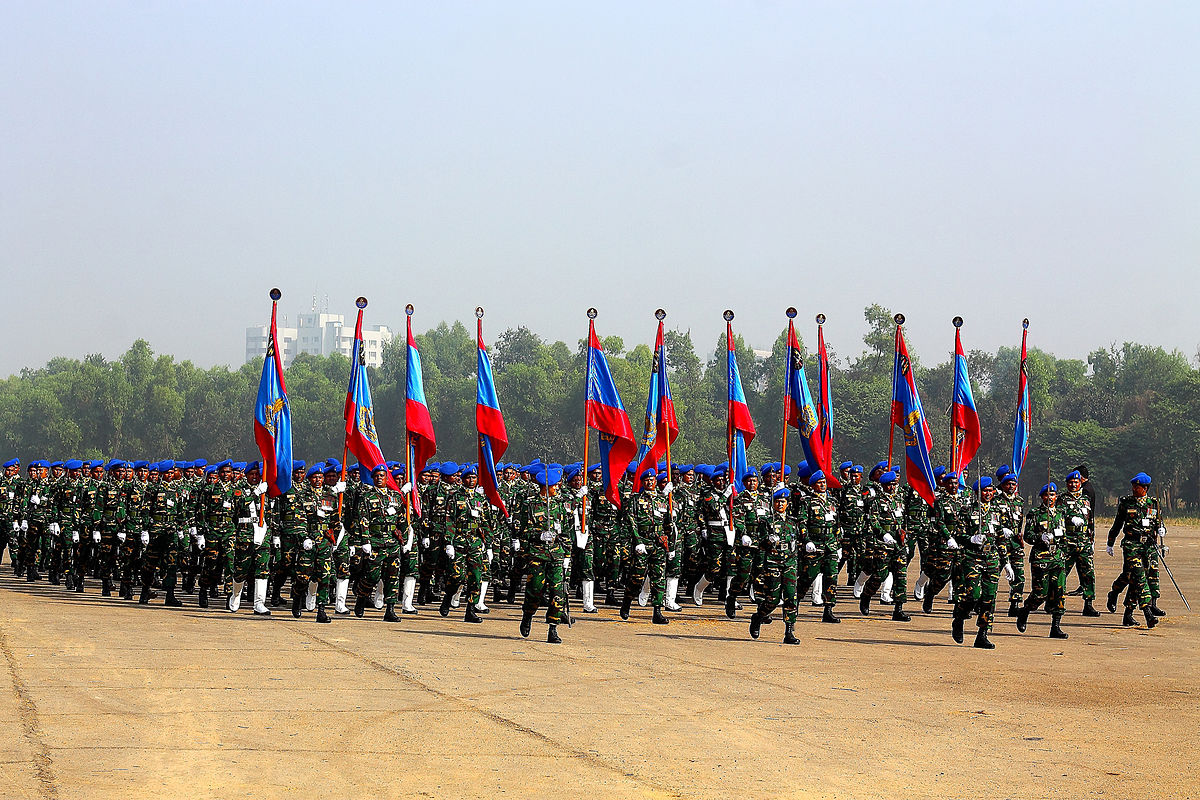 The first movement toward change was led by students from Dhaka University, who held a meeting on campus on February 21, 1952. The protesting students and teachers were met by the police, who opened fire on the crowd. Four years later the movement was successful – Pakistan adopted both Urdu and Bangla as the state languages. By this point though, East Pakistan and its Bengalis dreamed of complete independence.

They found a voice in Sheikh Mujib, a man who had an aura of martyrdom about him and had been jailed many times by the military for speaking out. He demanded East Pakistan’s autonomy to which the then President of Pakistan, Yahya Khan, countered by ordering elections. Mujib’s separatist league, the Awami League, won most of the seats allowed to East Pakistan, already giving way to more Bangladeshi representation in the government. In 1971, Khan negotiated with Mujib while the military entered East Pakistan and launched a massive attack on March 25. This was the beginning of East Pakistan’s 9-month war for independence.

My mom was only 2 years old at the time. She told me the story of how her family left their home and possessions behind in their village and crossed rivers to find safe land. My grandfather had carried my mother, the youngest of eight children, on his shoulders, and held onto my grandmother’s hand as they ran. Like my family, nearly 10 million people fled and many went to India. India also believed in an independent Bangladesh and invaded both East and West Pakistan on December 3, 1971. Nine days later, the Pakistani defenses surrendered, solidifying Bangladesh’s victory and independence on December 16, 1971. That was only 47 years ago.

That truly puts things into perspective for a millennial Bangladeshi-American. I’ve read about wars and I’ve seen the news, but there is nothing like hearing stories of surviving a war from your own mother. Some of her earliest memories are of leaving her home because of the war, so when Bangladesh became its own independent nation and Bangla became the official language of the country, my mother found her home again. And it is in my mother that I find home.

[Read Related: Brown, Bold and Bangladeshi: The Identities We Embrace]

My mother is a simple woman with two passions, her family, and her country. She has lived in the US for nearly 30 years but has never lost touch with the traditions and culture of her home. I witness her love and loyalty for Bangladesh every day. It can be found in the aroma of biryani that fills our house every other weekend. It’s found in the excitement she wears when we attend cultural programs and in her cheers for my cousins when they perform Bangla natoks (plays). I saw it in her tears when I danced to a Bangla song for the first time on my 16th birthday, conveying to her that I too love my heritage. I see it in her smile when I wear choorees (bangles) with my Western clothes and she comments on my creative way of merging the two cultures I have grown up with. It can be heard in the Bangla melodies she sings as she cooks and the songs that I hum spontaneously throughout the day. It is because of my mother and the Bangladeshis who fought for an independent Bangladesh, that I happily speak Bangla, not only with my family but with my friends as well.

My mother has taught me what a Bangladeshi girl should be like, but she has also embraced what a Bangladeshi-American girl can be. The reality is: I am both. Navigating my childhood and teenage years with two identities was difficult and confusing until I concluded that I truly only have one identity – it is a beautiful blend of my Bangladeshi upbringing in a Western nation. It is an identity that I have come to love and understand because of my mother. Thank you to my mother, for building a home away from home for us. And thank you, to those who fought the fight that established that home.