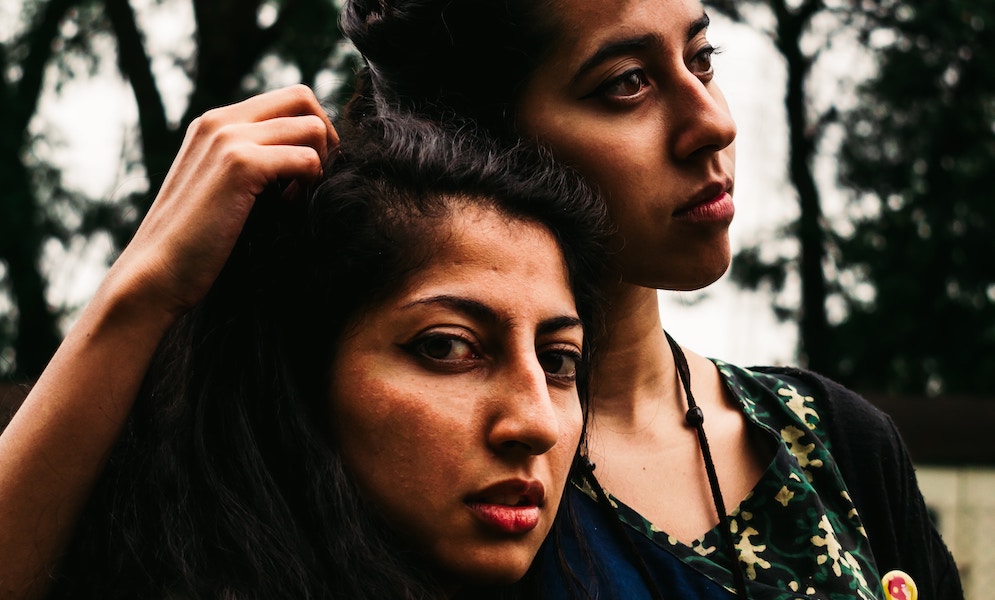 Over a year ago, the #MeToo movement exploded into the public eye, causing the downfall of multiple powerful men in Hollywood. While some remained unscathed, 201 prominent men have since lost their positions of power.

As a brown guy, this movement has prompted me to think about something I’ve never consciously considered: what it means to be an ally for women. Factually, I know what the patriarchy is. I know what male privilege looks like. But like many of my “woke” peers, I’ve thought of myself as one of the “nice guys.” I treat my colleagues and peers with respect. I never make lewd comments. I’m respectful of people’s boundaries. From my perspective, I’ve crossed my T’s and dotted my I’s.

As the stories have spiraled on, though, I’ve learned that simply asking, “Am I being a nice guy?” isn’t enough. The questions I need to be asking are: Am I also actively unpacking my unconscious biases, as well as those of my male peers? If my guy friend refers to a woman as a “bitch,” will I call him out? If a guy cringes at the mention of a woman’s period, will I say something to help destigmatize the topic? If a woman comes forward with a story about surviving assault, will I, without a doubt, believe her? What about all the times I’ve heard someone say, “Women, amirite?!” Will I remind him that’s a sexist comment we need to put to bed? As I became more aware of the questions I should be asking myself, I realize this is at times, a confusing but much-needed learning experience.

What’s certain is that no matter how much of a ‘nice guy’ I’ve considered myself to be, I know I still need to do better.

The first rule of being an ally for women is understanding that it’s not about us men. Historically, women have been subjugated to being “mansplained” what’s right for them. So instead of writing the manual myself, I turned to the Brown Girl Magazine crew to educate me. I asked them: How can we, as brown men, be better allies? What they had to say was a fresh reminder that women’s lives are filled with risks and fears men may never truly understand. Equal pay, better representation, and “a seat at the table” aside — women primarily want and need us to help them feel safe.

[RELATED: What Not to do When ‘Feminist-ing’: The Lena Dunham Guide]

To be allies to women, we must be more aware of the dangers they face every day and step up and step in for them. Even the most innocuous situations pose unseen threats to women.

“A lot of times, I’ll be at the gas station and find creeps [who wait] for me to get out my car and just stare at me while I fill up gas,” said college student Anjali Bhakta. Men calling themselves allies isn’t enough, she continued, “… especially when a good portion of [men] prey on us without even thinking about the honor a female is stripped of.”

For her, allyship means that men absolutely have to intervene “[in] the event that they see a woman being attacked, regardless of whether or not [they] know the victim or the perpetrator.”

It’s no secret that double standards run rampant between what we expect from men and women and consequently, how we treat them. These double standards are not only toxic but they’re also isolating. Mental health communications specialist Vaidehi Gajjar stressed the importance of holding men to the same expectations of human decency as women.

“Men shouldn’t think that not harassing or assaulting a woman is worthy of some sort of reward.”

Allyship is distinctly different from the basic rules of mutual respect. It’s not about sacrificing our rights as men, she stressed. It’s about holding ourselves accountable for our actions.

“Being an ally for women [doesn’t mean] giving up their rights as men. We don’t want to have to look over our shoulders every time we’re out, we don’t want to not be able to wear our favorite outfits or sip our favorite drinks, simply because we’re afraid that it’ll lead us into a terrible situation involving a man.”

Licensed clinical professional counselor Rupali Grover expanded Gajjar’s thesis, saying that part of not being self-righteous also means being unbiased and open-minded to every woman’s story. “Every survivor of sexual assault is different. Each survivor responds differently. Every sexual assault experience isn’t exactly the same either. When a survivor doesn’t fit someone else’s preconceived notions, they unfairly get accused of lying.”

Be Self-Aware of Your Privilege

Something many men find hard to admit is the inherent luxury we’re born with. Being a man affords many allowances not enjoyed by a woman. Arguably, being a brown man is even more advantageous. Business manager Tani Rahman brought the topic back to our South Asian roots and encouraged more self-awareness from men. “Recognize when you are subconsciously subscribing to, or blindly advocating for South Asian traditions that inherently suppress women.

If you ever find yourself expressing your support for an idea that you’ve never truly dissected but have simply accepted over time – such as…the ever-popular concept of South Asian men living their best single life before getting ready to settle down for a ‘good girl’ — catch yourself… It’s 2018: We’ve made significant progress in moving past these outdated ideas in society. If you find yourself forming these thoughts out of habit, train your mind to remain constantly aware and mentally force yourself to rethink.”

Going into this informal survey, I was expecting a general, all around checklist. Recognize your privilege, ask how I can better help, speak up when I hear something, etc. Instead I received several items that were specifically about supporting survivors of sexual misconduct and creating a safe environment for women.

My surprise was a byproduct of my presumption, and that was yet another lesson: Listen. Actually, listen.

If we’d actually listened, we would have heard women telling us how unsafe they feel. How many survivors have told the press that the reason they didn’t initially come forward was that they thought nobody would believe them? How many more Dr. Christine Blasey Fords will face harassment for coming forward at all?

But even listening alone isn’t enough. Currently, India is ranked as the most dangerous country for women (the United States is ranked 10th). The United Nations Office on Drugs and Crime found that homicides against women are most likely to happen by someone they know in their own homes. We spent so many centuries not listening, and this is where we are.

We Must Do Better

Prey. Afraid. Accused. Rethink. Intervene. These were the words I heard from the women I spoke with, and these words are for us men. They describe how we make women feel and what we need to do.

The question now to ask yourself as a man isn’t, “Am I being a nice guy?” It’s not even, “Am I actively checking my male privilege and unpacking my unconscious biases?”

The question now for all men is: Are we actively working to create and maintain a safe environment for the women around us?

And we are not. We are failing miserably and desperately need to do better.