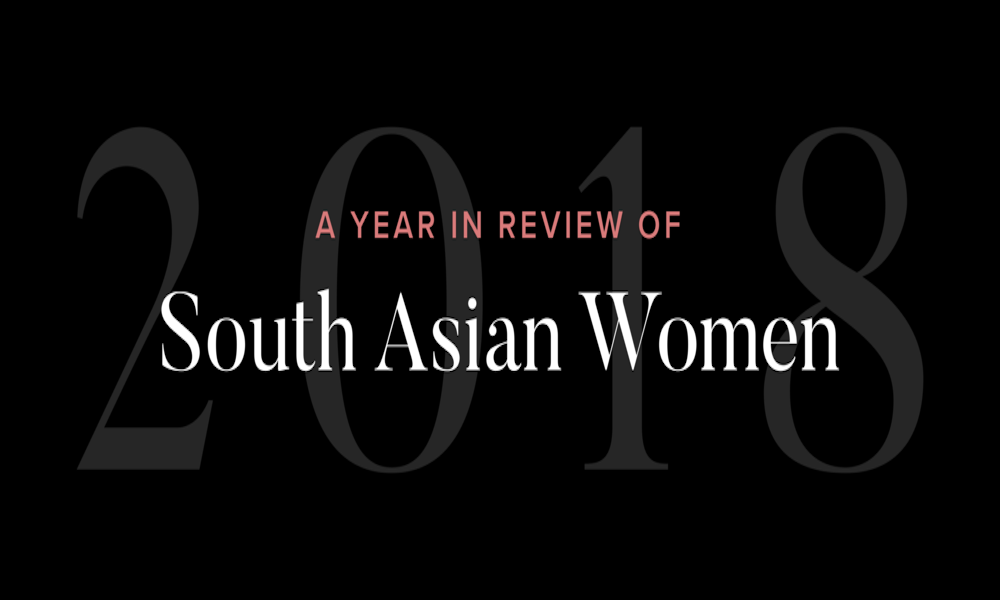 What a year it’s been – full of highs, lows, and craziness in between. But in our conversations this past year, one thing was incredibly clear: 2018 was an amazing year for South Asian women. As the year comes to a close, we wanted to take a moment to bring together many of these groundbreaking achievements and celebrate our collective badassery. From women across multiple countries and as young as 14 to 40+, we’re highlighting some of our favorite, most inspiring moments of the year – in no particular order:

Making Strides in the Business World

Innovating in Science and Technology

Sharing Strength through Courage and Honesty

So there you have it, our inaugural Year in Review of South Asian women. This list is by no means exhaustive – we know there are so many more amazing women out there who have achieved incredible things this year and that many of the achievements above transcend categories. Please feel free to share with us any other awesome moments we didn’t include on this list – we love supporting our tribe.

And if we may, we’ll add one more that’s not on the list above: the launch of Shakti Collaborative in October. We’re so humbled by the raw, courageous and inspiring stories of the many South Asian women we’ve worked with and thank you all for your continued support. Because of you, we’re able to see the impact we can have by inspiring more openness, truth, and love in the South Asian community. Cheers to a great 2019 – we can’t wait to share what we have in store.