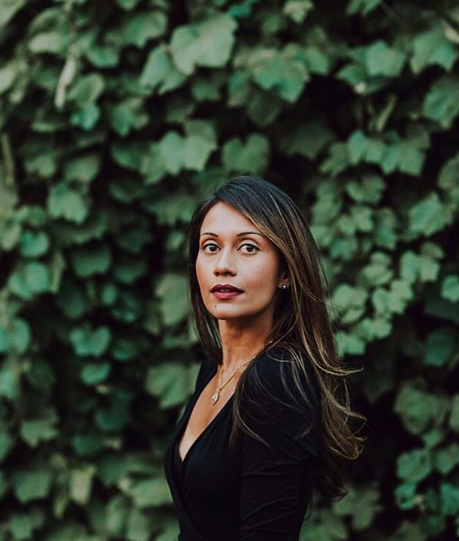 Reema Zaman is an award-winning author, speaker, actress, and advocate. Born in Bangladesh, raised in Hawaii and Thailand, she presently lives in Oregon, United States. She is the 2018 Oregon Literary Arts Writer of Color Fellow and author of the acclaimed memoir I Am Yours. I Am Yours will release worldwide on February 5, 2019, and has already been adopted into the curriculum for several high schools through an Innovation Grant from the Oregon Department of Education. Her work has been featured in The New York Times, the Dear Sugars podcast, The Guardian, Ms. Magazine, The Rumpus, Guernica, Longreads, Narratively, and elsewhere. She is the creator of the acclaimed series Love Letter Monday. She proudly partners with various organizations like the North Clackamas School District, Girls Inc., and Oregon Literary Arts to help empower diverse voices, both youthful and older, spanning cultures. Reema travels widely to speak and perform. Her body of work and events schedule can be found at www.reemazaman.com. For social media, as the only Reema Zaman in the world, she is easy to find.

The year was 2011. I was 27 years old, living in a half-burnt barn, surrounded by banks of snow, trapped in a marriage with a man who had grown to loathe me. A man with an enormous temper and a penchant for other women, he was gorgeous, hailing from wealthy California, born and raised with every privilege under the sun. He called his other women “sister-wives,” his reasoning being that by having these other women, it alleviated the pressure on me to be perfect for him because the task of making him happy could be evenly distributed amongst various girls. How thoughtful.

We were so remote from civilization that we didn’t have cell reception. Meaning I was very careful to tread around his rage because were I to need help, there was no one for miles to hear me. The barn was forever freezing. We didn’t have built-in heating or indoor plumbing, and our only light came from naked light bulbs strung from the rafters. I learned to walk around the light bulbs with my eyes closed because the burning glass promised to singe the skin if touched. It was as though I had surrounded myself with danger.

Although all my money and emotions were invested in our life together, the Barn, the bills, his car, he insisted that only his name appeared on every contract. Everywhere I looked, inside and outside, was evidence of my slow erasure. Often, he told me that I was his wife not for realsies but for “greensies,” to remind me that my green card was procured through marriage. To remind me that I was dependent on him and were I to speak back to him, I could be rejected and even deported. To remind me that power only responds to power, and in his eyes, as his Bangladeshi immigrant wife to his white American privilege, he believed I had no power.

Amidst it all, perhaps most painful were the questions that haunted me day and night:

“How have I become this woman, capable of surrounding herself with danger? How is this my life and how can I leave this story to write one anew?”

The human spirit is enormously resilient; it knows how to protect itself. Thus, the more abusive my husband grew, the more persistently my inner voice began to speak, to warn me, strengthen me, comfort me until I began waking every morning with fully formed essays delivered onto the doorstep of my mind. My sole task was to take dictation. Every morning, in the dim light of dawn, long before he awoke, I would write in secret, chapter after chapter of a mysterious book, illustrating how I became the woman I was.

Unbeknownst to my husband, the person who was trying to erase me, through writing I started appearing. The wise musings of my inner voice revealed the story beneath the story. I began to see that I had become a woman capable of being drawn to an abuser and remaining loyal to an abuser because as a girl born in Bangladesh and raised in Thailand, I was taught very young to swallow my voice. I had become that woman because I was 11 when the first sexual predator entered my life, I was 18 for the second, and then, raped at 23 and assaulted 24.

With each wound, I reported the crimes, only to be told boys will boys, a sentence and a situation uncannily timely, yet hauntingly timeless. Assault after assault, I was shown that often, the promise of justice fails to inform the reality of justice. Especially if you are a woman. Especially if you’re a woman of color. Especially if you were born in a Muslim country like Bangladesh. So wound upon wound, as a woman, a person of color, an immigrant, I had been treated as though I was powerless and insignificant, leading me to live entrapped by a man who believed I was worthless

It is all connected. As day became night and night became day, as I wrote chapter upon chapter, I began to fill with clarity and validation I needed to understand that contrary to my husband’s words, I was not a worthless human being. Contrary to his—to their—actions, I wasn’t powerless or dependent; I held, I hold, enormous power. Yes, in my body, although I hold the history of a wound upon wound inflicted on generations of women, of people of color, of immigrants, I simultaneously hold the formidable resilience that we have developed to overcome every adversity. And whichever identity I pledge my allegiance to will, in turn, determine my trajectory. In the story of my husband and I, it would be inaccurate to say, “He changed overnight.” No. My voice and I, we were, we shall forever be, the plot twist.

Thus on Valentine’s evening in 2011, listening to my husband boast of that day’s collection of women he had flirted with, as he brandished that evening’s fistful of receipts with their names, I felt a rush of the past merging with the present, of words compressing into power.

“NO.” The words sounded so foreign in my mouth, like a cold, hard little pebble, begging to be spat out.

“NO. Neither you nor anyone else is allowed to control my narrative. Only I author my life, and I will speak my revolution into being.”

I left. I left him, I navigated a few more dragons and trials, and at long last, I wrote a memoir called I Am Yours.

In this memoir, I’ve written all the words of healing and love I wish others had known to give me when I was assaulted, when I was struggling with anorexia, when I immigrated by myself to the States, when I was a child in a confusing home and then an adult in an abusive marriage.

I wrote this memoir because I stand as one but I exist as thousands. I wrote because, with every word, another woman hears that her story matters, that the time is up, the time is now, and that she too, me too, you too, we too, we are all vital voices a connective, collective rising roar.

I wrote this memoir because I am a woman. Hand me pain and I will turn it into poetry. Wound me, and watch as I morph into wisdom. What is adversity but an anniversary of my next new talent? I wrote this memoir as an invitation to men to become part of the solution the world so desperately needs. I Am Yours is a teaching tool for awakening empathy.

I wrote it because all throughout my life, as I’ve stood in front of one man after another, be it a relative, a partner, a predator, or an employer, with every man I have thought, “If you could only feel the pain coursing through me, I have to believe you, a human being, would not be doing what you are doing.”

For we humans to evolve, retroactive punishment is not the whole solution. The key to lasting behavior change is empathy, and, aside from children, telling our stories is the single most powerful force for awakening empathy.