Colonial Effects In the News TraditionJanuary 8, 2019 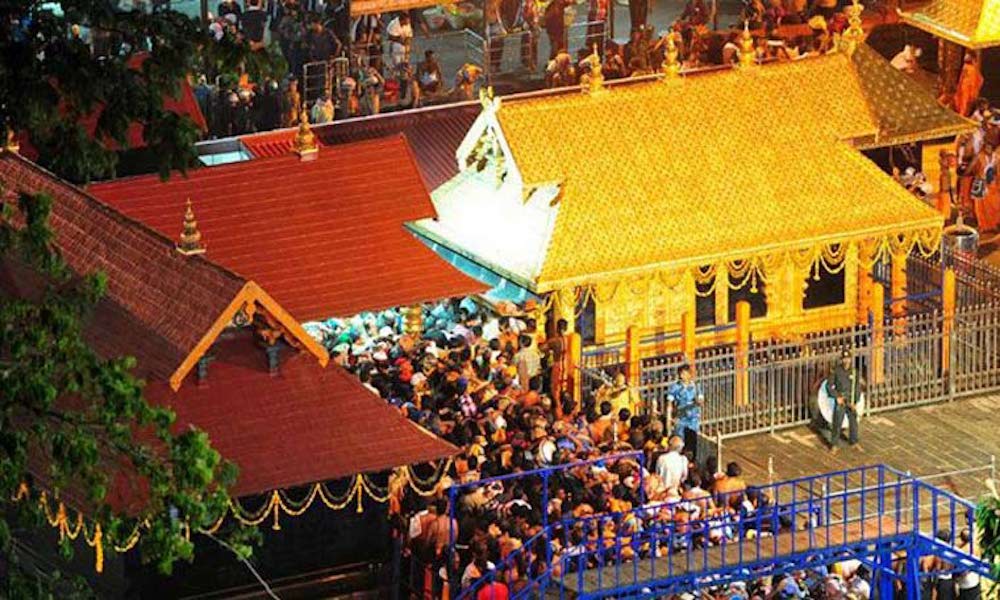 India’s five million woman wall was humbling and magnificent. The spirit of sisterhood combined with the pace of social media is galvanizing a powerful global movement. At the same time, popular narratives about Sabarimala seem oversimplified and colonized. There is a critical tension between the discourse of global feminism and the Sabarimala controversy, illuminating something broader.

The female experience is neither universal nor homogenous. The obstacles and inequities we face are socially constructed, so context matters, and we must diligently examine our own lenses. The lineage of the feminist movement in the United States, for instance, centers the law. India is thousands of years older than the US, with a history of colonization that is inextricably linked with religion. So we must think beyond the paradigm of rights. We have to get meta.

Now, I am neither aligned with the Hindutva agenda nor with the Indian progressive left. I am keenly aware of the injustices that Hindu women face from patriarchal orthodoxy; misogyny (and other -isms) is not unique to Hinduism. I also think it’s important and generative to distinguish ancient Indian knowledges from Hindutva politics and colonized Hindu practices. Ancient Indian knowledge is more than 5,000 years old, encompassing vast and diverse schools of thought. It is inherently pluralistic. But modern “Hinduism”—a name assigned by the Mughals—couldn’t avoid being impacted by colonization. Hindutva was born in the beginning of the 20th century as a politically unifying (fundamentalist) response to British colonization. There are legitimate critiques and analyses of the violence and harm that Hindutva and modern Hinduism have caused and condoned. But reducing Hinduism to sarcastic memes and clever clapbacks about outlandish claims and saffron robes seems to have become the knee jerk response of the left. It’s hard to understand how that kind of self-hate isn’t self-colonization.

Hindutva was constructed in an India ruled by a British monarch who enjoyed the divine right of kings, as defined by the (Christian) Church of England. Both Christianity and Islam, the faith of India’s previous colonizers, are monotheistic religions. We can’t ignore what that means. It is an under-interrogated notion in the West that monotheism was a theological advancement from polytheism. This hierarchy was often the very justification for colonization. The advent of secularism in response to the tyranny of (monotheistic) religion is cemented as yet another advancement, pitting faith against science. Finally, it is a common assumption that the West is the wellspring of modernity, from which the best models of liberation, equality, and progress emerge.

Through a monotheistic lens, which is inherently dualistic (and patriarchal), a temple is a building you enter to pray to an external deity. The monotheistic understanding of a “polytheistic religion” like Hinduism is that there are simply multiple deities. This is a basic and foundational misconception.

The Self is the sun shining in the sky,
The wind blowing in space; he is the fire
At the altar and in the home the guest;
He dwells in human beings, in gods, in truth,
And in the vast firmament; he is the fish
Born in water, the plant growing in the earth,
The river flowing down from the mountain.
For this Self is supreme! [Katha Upanishad, II. 2.2]

Ancient Indian pieces of knowledge guide us to discover and loosen the layers of existence leading to the Self, which connects everything and everyone, materially and energetically. Polytheism misses the mark; gods and goddesses represent manifestations and aspects of the largest, unified Divine that we are and honor. Calling Hinduism a religion is inaccurate, as its definition reflects Abrahamic theology; even “religion” is colonized. Quantum physics comes closer to describing ancient Indian knowledges than polytheism, although it’s far less poetic. My friend Rekha describes this beautifully.

Ancient Temples in India (like Sabarimala) are situated within mandalas, energetic vortexes, energetic intentions, and exist in contract with nature’s keepers or devas of that land honoring the Deity’s energetic purpose. In fact, the temple is built on it to make that energy available for humanity to benefit from in a safe, sacred way. No two temples in India, even if they house the same deity, will be the same. […].Indian temples were not just places of worship like a church. Of course, in modern times, the temple building has become a business and we have temples sprouting everywhere diluting its very purpose. Thousand of years of colonization and oppression have caused many of the ancient temple wisdom to be shifted from its original meaning, some lost and some even forgotten or released back to nature.

In most ancient temples of India, the energetic guidelines and contracts with the wisdom keepers or devas of that land is established first. Only then the architectural structure of the temple is designed and built and then that energy is established using yantras and many other powerful methods. It is actually a deeply thorough and complicated process. Every temple has a unique energetic signature and honors a particular contract which when broken brings upon many energetic shifts on that land and the people involved across time and space.

What we need to understand is that ancient temples of India do not operate at the level of man or woman or gender. In fact, every temple structure itself is built like the body of a woman where the deity sits in the innermost sanctum called the womb or literally the uterus home (Garba Gruham). So to project gender inequality narratives to Ancient Indian temples makes literally no sense.

Let’s amplify decolonized/-ing conversations about the purpose of the pilgrimage protocols, the history of discrimination against menstruating women, and the politics of the Sabarimala case. The pilgrimage is a process for people to engage and nurture the masculine divine. There are specific reasons—grounded in ancient Indian sciences—why the 41-day Sabarimala pilgrimage protocol doesn’t support women who are of menstruating age. The deep meditation on the masculine divine that emerges from the Sabarimala vow and pilgrimage is a powerful, indigenous process in dismantling toxic masculinity. But colonized models of religion, equity and activism have reduced the conversation to orthodox religious-based gender discrimination.

(Note that Sabarimala is in Kerala, which, until a few generations ago, had matriarchal societies. The state also has a 94 percent literacy rate, more or less equal across men and women. Take a moment to contemplate any preconceived notions.)

There is so much to unlearn and learn. As an adolescent, I resented being forbidden from entering temples—or attend my grandfather’s funeral—during my period. It felt harsh and misogynistic. But as I came to understand the science of consciousness as a student of ancient Indian knowledges, and became more connected to the rhythms of my own energies, I was able to listen to and see the impact that different spaces had on the natural and sacred process that is menstruation. I understood that it wasn’t about being dirty, but about what was happening energetically, and how all of us are connected. It was the avidhya (wrong knowledge) that menstruation is dirty and the patriarchal enforcement of rules that made me feel oppressed and isolated, not the awareness of how menstruation impacted me and everyone on an energetic level.

Ancient Indian knowledges embrace the entire human experience. Decolonizing Hinduism means going to its roots, by looking to scholars of ancient Indian knowledge and to the original scriptures. It goes beyond Hinduism. The Indian Supreme Court’s repeal of Section 377 is decolonization of the oppressive, binary mindsets that conquerors left in their wake, not a Western cure of Indianism. Decolonization is progress for India, not self-colonization through adulation of the West. We can be as rigorous in our critique, from paradigms that are indigenous, complex (i.e. non-binary), relevant, and keep science and spirit united.

As an Indian-American, listening deeply to the discourses of social justice that emerge from the short history of the US, that are rooted in monotheistic meaning-making, I am concerned that these models are being mapped onto an ancient land like India. It feels violent. If India’s map for progress is drawn by her colonizer’s pen, then the Indian colonization project is simply closer to completion. Oppression is not a new phenomenon. Neither is liberation. Sometimes the former looks like the latter.

Indu Viswanathan is a New York-based scholar-activist, friend, meditator, musician and mother. With a BA in Economics from Cornell University, she spent three years working in Economics research at a top investment bank. She wasn’t the most… enthusiastic of economists, and was fortunate enough to find her true passion - education. Indu received an MA in Elementary Education from Teachers College, Columbia University and has over 15 years of global experience in program design, teaching, and teacher education, serving American public schools, Ecole Française Internationale de Bombay, and educational NGOs Teach for India, Akanksha, and Nouvelle Vie Haiti. She also served as the Director of Research for YES! For Schools, a nonprofit that brings a holistic meditation, pranayama and social emotional learning model to help schools manage stress. Indu is an Instructor at Teachers College, teaching preservice teachers in critical multicultural social studies methods. She is also an advanced doctoral student at Teachers College. Her scholarship centers the knowledges of transnational (first and second generation immigrant) teachers to help nuance and reframe teaching and teacher education. By amplifying vibrant, critical transnational knowledges, she hopes to broaden and enrich the ways in which we imagine understanding and uplifting the world.