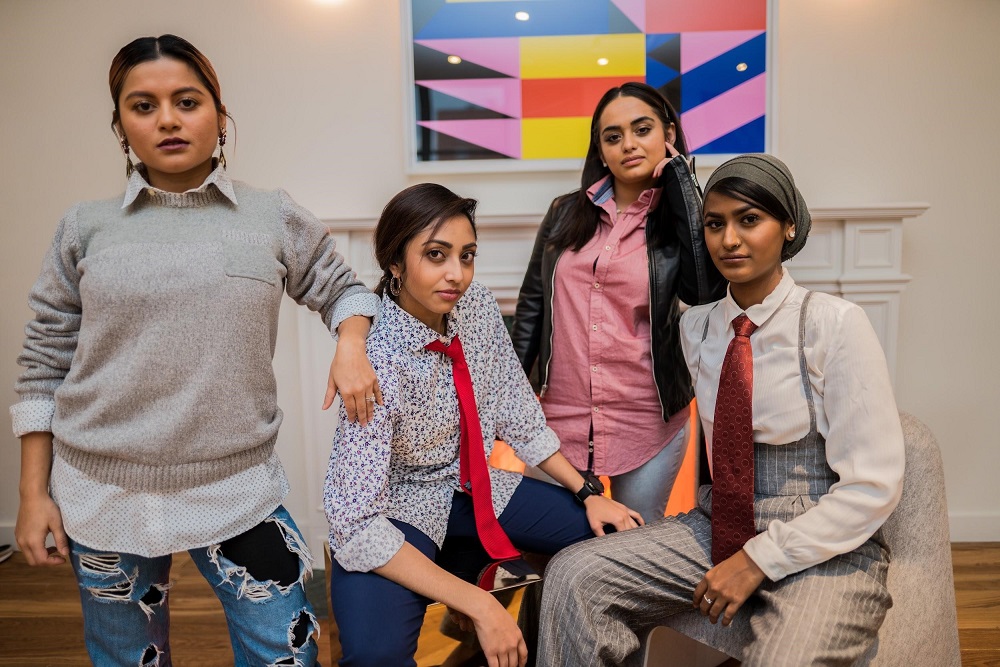 Bollywood movies have been a reflection of desi culture for decades. I always saw the same reactions when a baby girl was born in a Bollywood movie. The nurse would come out and cautiously say, “Saab, ladki hua…” The reaction on the father’s face was always the same: disappointment. Sexism is heavily prevalent in the desi community. Girls were and still are, looked at as less than boys.

In the past, and perhaps even in some areas of South Asia today, girls are considered burdens. They are pure and delicate flowers that fathers have to protect until they are old enough to marry off. Girls are taught to dress, speak, and behave in certain ways while also being prohibited from doing certain things simply because they are not boys.

As desi women, we experience sexism in a variety of ways in our communities. I’ve shared my story about my career in the past and the journey it took for me to fight against “manosh ki bolbe.” I also dealt with the struggles of coming from a traditional desi family that didn’t originally agree with their young, single, daughter moving across the country alone because that’s just not what desi women do. Eventually, my family understood the importance of a young woman having her own stability. The fight to have a career and identity is just one way our women deal with sexism. My experiences are just a thread in a more complicated story — all desi women face sexism in some way or another.

I ask: What’s their story? How do we stop the pattern? 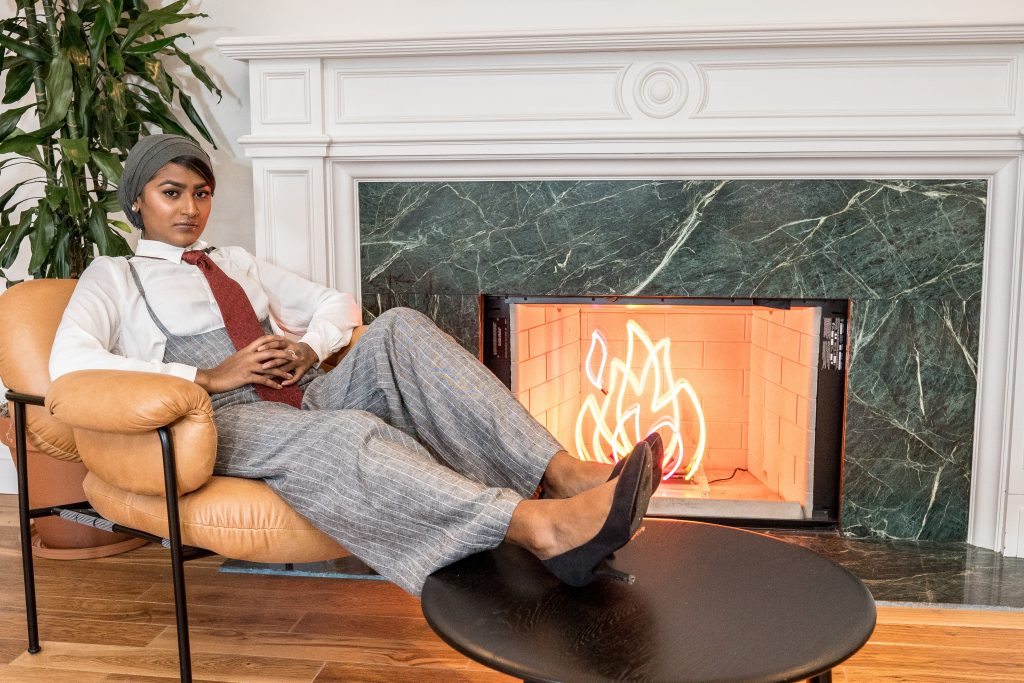 Happy, a fraternal twin, experienced sexism early on. While it wasn’t a word she could quite explain during her childhood she understood that something was wrong when her grandfather never acknowledged her or her sisters. Happy lived in Bangladesh until she was six years old.

“I don’t have a single good memory of my grandfather,” Happy said. “I don’t even think he ever held me in his arms, yet he gave my twin brother so much love.”

As archaic as this may sound, some in the desi community disregard their girls, because boys are preferred while girls are seen as useless, a liability or a risk. This is a mindset that is clearly seen in the different rules that apply to Happy versus her twin brother. Despite being the same age, Happy was not allowed to be out past sunset.

“My parents believe that as soon as the sun sets, the streets become dangerous for their daughter, but not their sons,” Happy said.

Happy knows, as a desi woman, that if we want something we just have to take the chance and break barriers to go get it because nothing is handed to us. She got a retail job in high school that required some late nights and knew if she asked for permission that her dad would say no.

“I knew that if I wanted to change I needed to do it for myself. I needed to help my dad understand that I deserve a chance to stand on my own two feet and I can protect myself,” Happy said. 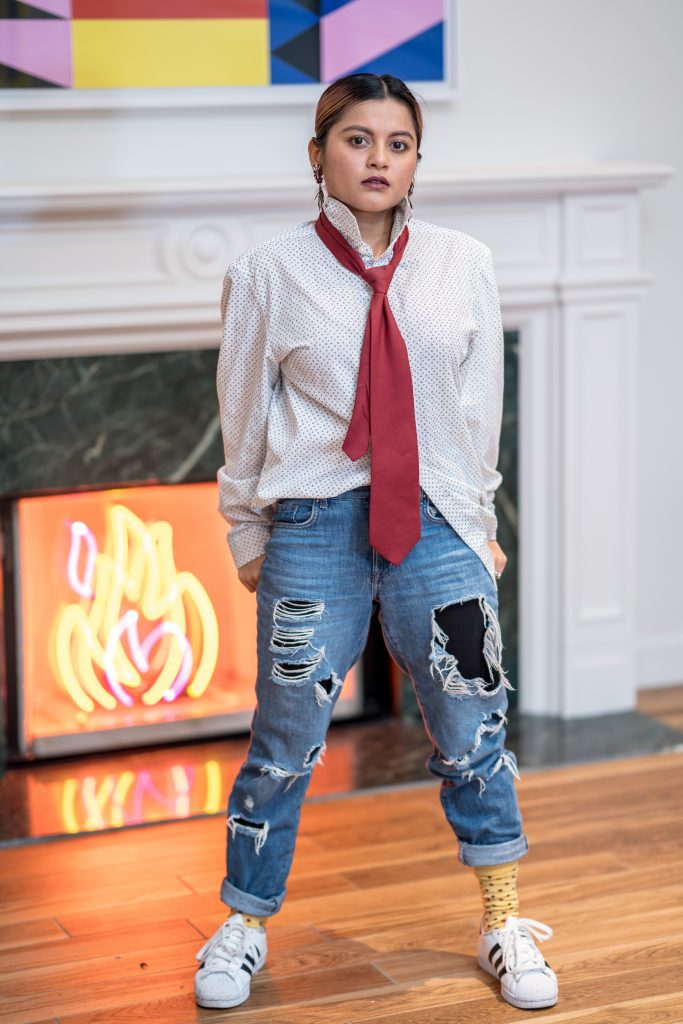 Although Nupur grew up in a moderately conservative family, her parents never treated her and her brothers differently.

“I had no clue that sexism existed in our society until I was older. I noticed the stark differences between the way my female friends are treated at home in comparison to their brothers. The expectations and limitations are very clearly different.”

Nupur, on the other hand, grew up with encouragement from her parents to see the world, achieve the highest levels of education, and, simply put—be independent. Not many desi women are raised that way. Nupur acknowledges she grew up privileged in that sense.

Yet, somehow, all desi women experience sexism at some point. For Nupur, it was when she became a mother.

“One of my biggest experiences with sexism occurred after the birth of my daughter, Aisha,” Nupur said.“Aisha stopped drinking milk two weeks after birth. It was a constant battle from there on and we spent the first 19 months of her life in and out of doctor visits and hospital stays.”

When Aisha was three months old, her pediatrician said the following:

“I wouldn’t worry so much. She is probably not drinking milk because she’s a girl. I think her boyfriend asked her to go on a diet.”

Nupur and her husband were shocked because the doctor’s statement was stereotypically sexist. Their doctor had completely dismissed their concerns for Aisha’s health with the comment and implicated that women are somehow inferior.

These days, Nupur and her husband raise two-year-old Aisha with strong values and daily affirmations.

Nupur says: “She will be valued for her strength, intelligence, and assertiveness. She will have the courage to fight for herself. She will not live by the rules that society will try to impose on her. She will challenge patriarchy.”

They also understand the importance of raising their five-year-old son, Aayan, to respect and support women. Nupur and her husband recognize that the problem isn’t just that the desi community tries to raise girls to be submissive. Part of the problem is that we do not raise our men to be held accountable or support women.

“The only way to reduce and/or put an end to sexism is by recognizing it exists,” Nupur said. “We need to look deeply to see how we are contributing to it: by raising our boys and girls differently. When we create division between them, we set them up for failure. Start the conversation at home so that the change can be reflected in society.”

One of the key ways we can all, as desi women and men, create change is by not staying quiet when we see it happening. To fix a problem, we all have to acknowledge it exists and speak up against it.

To all my fellow desi women out there, I ask you this: How can you better help a parent, a sibling, a friend, or just another aunty or uncle you know, understand the consequences of sexist remarks and actions?

Tell them a story, one that you lived. Tell them how you fought for your right to have a career. Show them how you raised your daughter or supported a sister to be strong and confident. Remind them how you face a battle with sexism every day and it’s exhausting, but you will never give up because that’s just not what desi women do.

And to the desi men, I simply ask you this, please lend us your hand and your voice. Understand and support us. We aren’t asking for much out of life, just the chance to live it the way we please and be treated respectfully. We need your support to make that happen.

One voice alone is a whisper, but all of us together is a roar.