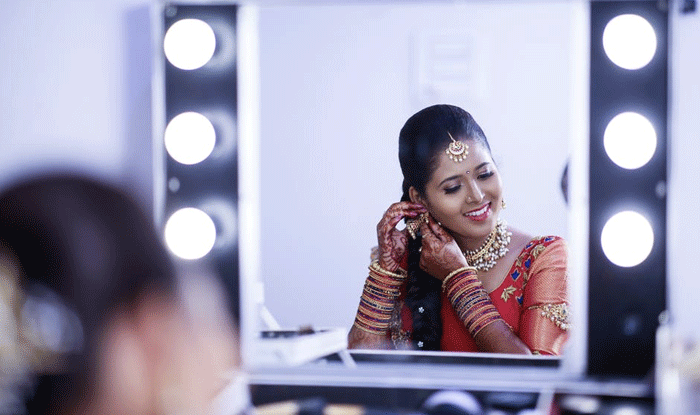 Did you know what color you wanted to be when you grew up? Did you even think about it? Did you ever think about what a brown skin tone can lead to once you’re an adult? Not many of us did.

Teenagers in the United States brag about their tans but don’t have to answer to why they do tan. Instead, a tan is a trademark of sunny days, lounging, vacation, and ultimately, luxury.

In contrast, when I was a kid, I was told to always wear sunscreen, cover up, and always told to have “less brown skin”—a brown skin tone was a big no-no, you see. Asian culture practically dictates skin lightening as a must. No matter what color you started out, lighter=better.

[Read Related: Busted! 5 of the Biggest South Asian Skincare Myths we all Believe]

So, I felt weird about having brown skin. I didn’t look like the people around me, so people could say things like: “Your skin is the color of poop.” (Yes, that happens to people, not just comedians who can use it in a joke later.)

Sure, in recent times, TV has made some gains. But, it’s not enough for people to see others who look like me on screen. Even if characters are in new shows, they’re usually in the same stereotypical roles—over and over again. Listen up, media world: Not all Indians are scientists or doctors. We believe in following our dreams, and it’s not always about what you see in mainstream media.

Wikipedia shared a list titled “American Television Series with Asian Leads.” Can you guess how many series were headlined by Asians in the 2000s?

Now, how can we know what makeup to buy, clothes to wear, and what things to say if we have nobody to model? (I’m only half-kidding. Growing up, I was always glued to “Lucky” and “Self,” hoping one day they’d catch on that we’re not all size 0, blond-haired, blue-eyed angels who can wear whatever we want and still get compliments. “Self” finally caught on this year and is featuring women of different shades and ethnicities, but “Lucky” is now defunct.)

Hearing that Priyanka Chopra was passed over for roles because her skin is not blanched white is not even surprising. Despite being known internationally, she’s still held to that same unfair double standard that brown people in this country are faced with every single day.

Oh and, before you say it—yes! There are some roles built for Asians, but there still aren’t enough for young kids to see and feel like they’re part of something bigger. There aren’t enough to dispel stereotypes. And there certainly aren’t enough to make a change in people’s perceptions of a given religion.

American culture loves “exotic” looks and seeks out characters that are beautiful according to American beauty standards, but also says you can’t be “too” exotic. So, how are you possibly supposed to mold yourself to get that “perfect” brown skin tone? Furthermore, those standards of stick-thin, big-chested, small features, light and long hair, and tanned skin are not the norm for many American women and are patently unfair to those of us who don’t fit that mold.

So, which color wins?

12 Tips on Staying Cool This Summer

V I T I L I G O: How I Overcame the Struggles of my Skin Condition