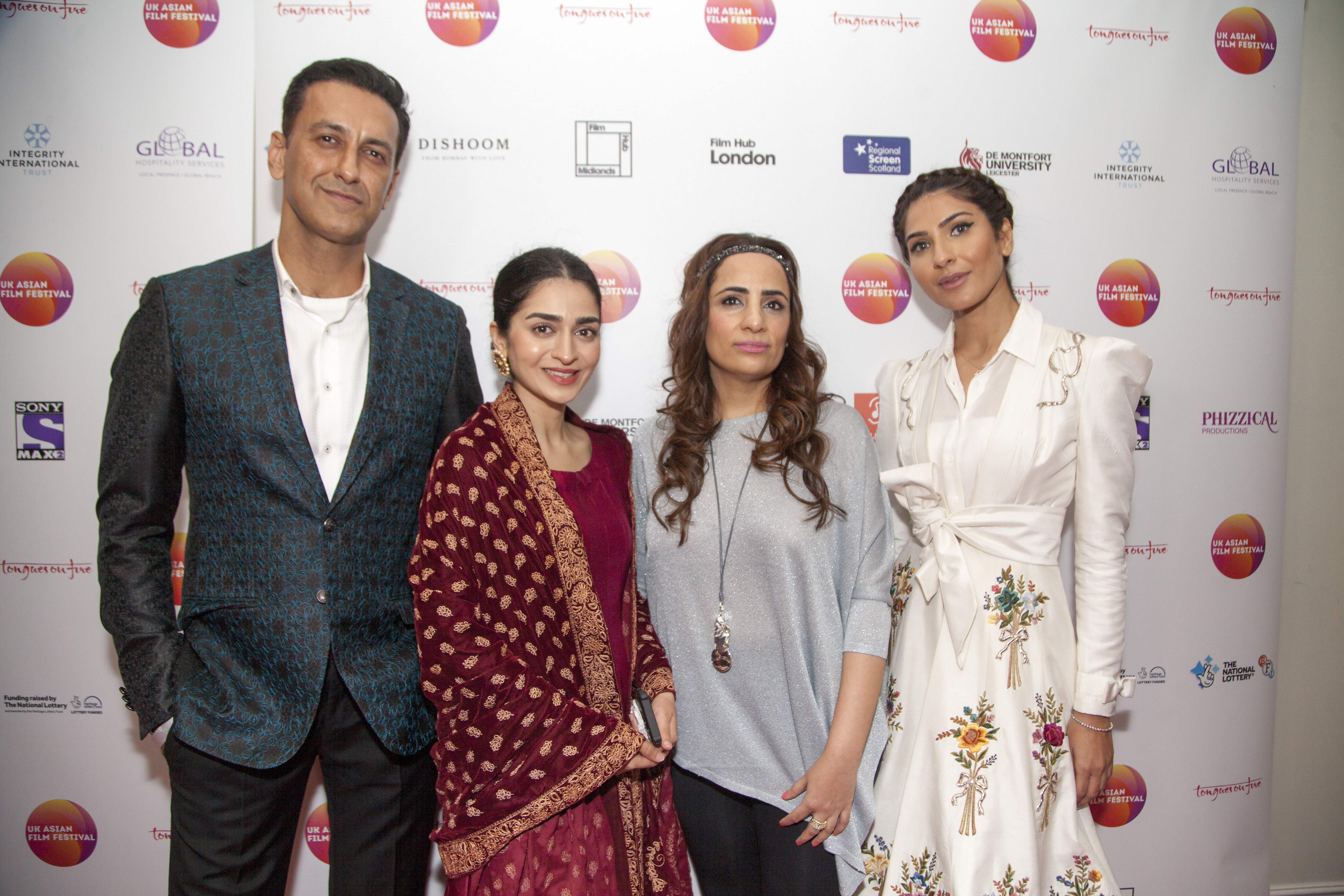 Brown Girl Magazine was privileged to attend the prestigious BAFTA in London, home of the British Academy of Film and Television Arts on behalf of the UK Asian Film Festival’s — a nonprofit organisation providing a platform for South Asian independent films for the screening of their closing film “Pinky Memsaab.” Directed by Shazia Ali Khan, this Pakistani film was released in December 2018.

“Pinky Memsaab” is a familiar upstairs-downstairs story told fresh. Set in Dubai, the plot centres around Pinky (Hajra Yamin), a wild and earthy village lass whose lack of opportunity drives her to the UAE to work as a maid for socialites Mehr (Kiran Malik) and Hasan (Adnan Jaffer) and their son Ahad. Pinky finds the big city life of Jumeirah bewildering — she must be tamed in order to fit into the Memsaab’s house.

Mehr transforms Pinky into a pretty and polished maid, swapping her salwar kameez for jeans, letting loose her locks from that oily braid and teaching her English. Things seem to go too far though and the lives of all in the household, including Santosh (Sunny Hinduja), their driver, and even little Ahad, begin to break down. We watch as each embarks on their own singular path of healing. Some relationships are repaired, others are not. The film depicts the reality of life in Dubai’s South Asian diaspora; a group of mismatched people hoping to realise their dreams, but in reality, struggling simply to stay aground.

From watching the film and the following Q&A session at BAFTA, it was clear what a labour of love this film was. Actress Yamin spoke about the vocal work she had to do to recreate the rural dialect and accent for the part, including living with a village family and learning their mannerisms, and director Ali Khan referred to the film as a culmination of all her life experiences. Dubai itself was depicted carefully and delicately — itself a multifaceted character.

It’s an incredibly aesthetically pleasing film and we do get to see the glamorous Dubai we naturally think of, but it is far from that being just that perfect, artificial place. The film takes us outside of glossy Jumeirah and into the deeper darker places, as well as the arty sides that keep it ticking. It shines a light on the inequality, misogyny, and grime, but also the eclectic mix of people and ethnicities that we rarely get to glimpse.

A key theme is that of crushed dreams and that expectations never match reality. Your heart aches for Mehr when her ambitions were taken seriously by neither the men nor the catty women in her life. She perfectly depicted a world in which bored women are made to feel so disposable that they have precious little to do other than gossip and tear down other women who dare to do differently.

Mehr, at first placed in that typical, annoying desi ‘diva’ trope, is more vulnerable than we think. Her coming of age back in Pakistan was truly touching and almost brought a tear to the eye. Pinky, though she never loses that quality of naivety, is stronger than we think.

This is a film where the women are flawed but can do it all, and it smashes stereotypes. Hassan (Adnan Jaffer) cries. More than once. He is a man and he feels emotion and I’m sure many men watching can relate to his having to give up his dreams to be that straight-laced, respectable banker. The film also deserves applause for humanising lower class characters in a film that is still largely a glamorous one. Santosh (Sunny Hinduja) is at once the stereotypical comical chauffeur and a man who is running away from the bitter life truths that await him at home and just needs someone to value him. It brought out some truly valuable and memorable characters with a lot of depth.

[Read Related: An Interview With the Cast of ‘Gul Makai’—Malala Yousafzai’s Biopic Film]

The film has received criticism for being too idealistic, too hasty and pitting female characters against one another rather than have them bond together and tackle patriarchy. But it’s also about jealousy, about women who don’t support other women. It is a powerful and understated social critique.

I only wish both women had been given more agency to shape and transform their own lives rather than this always being at the hands of someone else. Pinky’s transformation was too short-lived and underdeveloped before the relationships broke down, and her change in dress and hairstyle did not convincingly lead onto her sudden accumulation of confidence and conviction. Mehr and Pinky’s friendship also did not last long enough for me to be upset by its destruction. Pinky does remain naive though, almost frustratingly so, and you wish she stood up to the men who took continuously took advantage of her.

As director Khan said, this is a film built up of personal life experience but resonates globally. The sorrows, the quirks, and jokes, the hotch-potch of diverse and very different South Asian identities that come together in another country to create a new ‘Asian’ identity is something that all of us across the diaspora can relate to. Rich Pakistani investment banker socialites, a lost, divorced villager turned maid, a depressed villager turned bar dancer, and an unpolished driver from Uttar Pradesh would have previously had little to do with one another, but in Dubai, they could be one.

At the UKAFF awards ceremony the next day, attended by actors Radhika Apte and Shabana Azmi, the cast and crew of Pinky Memsaab received a particularly well-deserved Audience Choice Award. Though it may not be technically perfect or the most progressive, revolutionary or sophisticated film to be on show throughout the festival, it is beautiful and heartwarming, a true crowdpleaser.