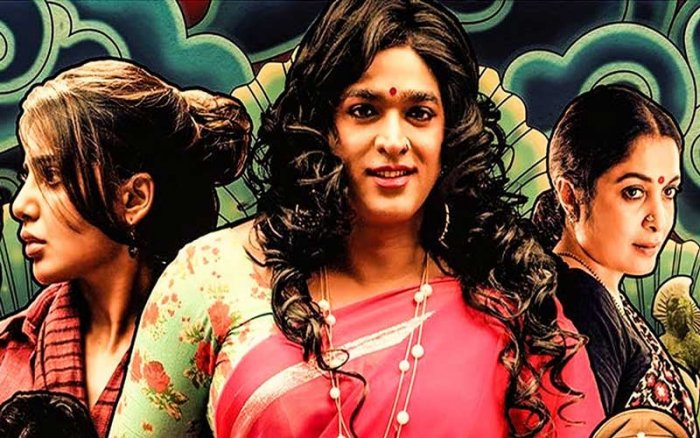 Directed by Shelly Chopra Dhar, “Ek Ladki Ko Dekha Toh Aisa Laga” stars Sonam Kapoor, Anil Kapoor, Rajkumar Rao, Juhi Chawla and more in the first ever lesbian Bollywood film to hit the silver screen. A coming-of-age film about Sweety Chaudhary (Sonam Kapoor), “Ek Ladki Ko Dekha Toh Aisa Laga” explores her sexuality, her relationship with the girl she loves, and the homophobia in her society in one of the most creative and sensitive lenses I have ever seen.

“Super Deluxe,” a movie directed by Thiagarajan Kumaraja, is a black comedy that follows four different subplots — one of which follows the storyline of a transgender woman. It’s the story of Shilpa (Vijay Sethupathi) who returns home after seven years and sees her wife, Jyothi (Gayathrie), and her son, Rasukutty (Ashwanth Ashokkumar), for the first time after her transition. This subplot is certainly difficult to watch as it confronts the rampant transphobia in Indian society head-on, but the same can be said for the entire movie. “Super Deluxe” is a provocative movie that deals with themes rarely explored in Indian movies.

Queer representation in Indian media has been unheard of; homosexuality itself was criminalized in India until late 2018—around the time the trailer for “Ek Ladki Ko Dekha Toh Aisa Laga” was released. Though homosexuality has been legally decriminalized, the stigma around queer identities still exists in many parts of the country and movies that honestly and respectfully deal with these themes take us one step closer to a more inclusive and accepting society.

As a lesbian Indian-American myself, seeing a Bollywood movie about a lesbian main character was never even a thought. There was never a point when I even dreamt of this, let alone expected it to be a reality. Maybe that is a flaw on my part, maybe I should have had more faith in my country. Regardless, there has never been a time where I have been happier to have been proven wrong.

As for “Super Deluxe,” the stigma against transgender people permeates Indian societies in ways so deep it is almost unexplainable, but this movie captures that stigma perfectly. While I am firmly of the mindset that transgender characters should be played by transgender actors and this is not the case in this movie, I think it is necessary to acknowledge that Indian media is not on the same level of queer representation that American media is and we cannot hold them to the same standard.

However, it is also noteworthy to acknowledge that in early 2018, a Tamil movie named “Peranbu” did include a transgender woman character played by a transgender actress.

These movies have made have set a new standard for queer representation in Indian movies — “Ek Ladki Ko Dekha Toh Aisa Laga” is the first Bollywood movie to ever feature a lesbian relationship, let alone as the main relationship of the movie, and the existence of two different Tamil movies with transgender characters that honestly depict these experiences is a rare gift to the transgender community.