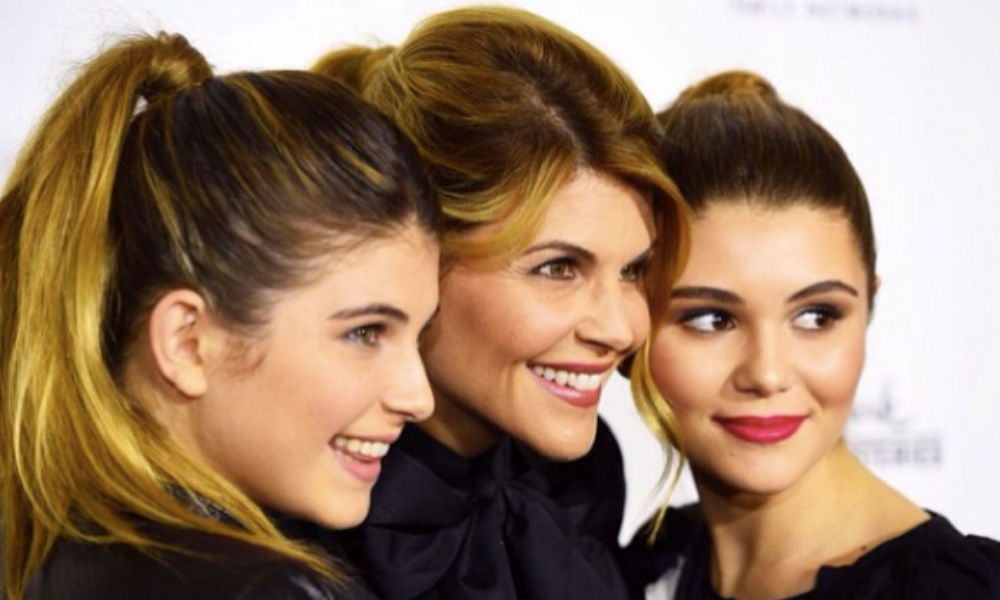 When news of the college admissions scandal broke earlier this year, with celebrities like Lori Loughlin and Felicity Hoffman at its center, the primary reaction was visceral outrage. When details surrounding its circumstances began spreading like wildfire–half-a-million-dollar bribes, photoshopped pictures, cheating on exams and an essentially methodical conspiracy–people took to media outlets, blogs and social networks to express their feelings of undiluted anger and personal experiences.

The #Collegeadmissionsscandal illuminates the inequities at play in our college admissions system AND in a higher education system that has privileged wealthy and well-connected applicants over low-income and working class families for FAR TOO LONG.

Why are ppl paying $$$ for their kids to go to school? If you have the means to pay $500k in bribes…how about using that to nurture & support their PASSIONS? Help them start a business or teach them CHEATING and BRIBERY are bad. Let’s start there?? #collegeadmissionsscandal

Shout out to all the first generation college students who figured out fasfa, college applications, books, and tuition on their own. Without legacy admissions, private tutoring, board member relations and a lifetime of grooming. #collegeadmissions #collegeadmissionsscandal

Here’s my grandfather’s application to @UHouston. His father was a blacksmith and had little money. Carlos wasn’t allowed into other colleges because he was Mexican American. He was also a WWII vet #collegeadmissionsscandal (1 of 4) pic.twitter.com/F7pbl6f3la

Stop telling us we can do ANYthing if we “work hard.” Systemetic oppression and privilege are REAL. Affirmative action is looked down on while the mediocre yet elite literally buy their way in #collegescam #collegeadmissionsscandal #AdmissionsScam

For me, I was reminded of the seventh grade when my class was selected to take part in an activity called “mock trial.”

It was a welcome break in the monotony of our day-to-day life at the middle school I attended in the Southeast Bronx, at which any day a full class period wasn’t dedicated to punishment for the umpteenth lunchroom fistfight or lecturing us for excessive impudence was a day wasted.

During the mock trial, students received a template of a committed crime. The class was then divided into a prosecution team, witnesses and a full-blown jury. The goal of the experience was to engage students in learning about the process of a real trial, straying from the televised representations depicted in “Law and Order: SVU” reruns or “Judge Judy” episodes.

Over the course of several months, real-life attorneys would visit our classrooms to coach us through the exercise. We were set to compete against another school in a simulated trial at the Bronx County Courthouse. The more we practiced, the more determined and confident my class became in our ability to knock out the competition.

When the day finally rolled around, we were pumped and ready to win. Dressed to the nines and constantly glancing at our transcripts to double-check our memorized lines, I vividly remember screeching to a halt when we came face-to-face with our competitors.

These students hailed from a private Catholic school on the Upper East Side, one of the wealthiest neighborhoods in New York City. They came prepared with a handful of their attorney parents, who sat in the rows of benches behind them, whispering tips and tricks into their ears. They were all white.

Who were we? Twenty-something students of color from one of the poorest districts in the Bronx, coming from a public school notorious for being overcrowded and underfunded. And not a single parent could afford to miss work to attend with us.

In spite of all of our preparation, this was an occasion where we simply didn’t stand a chance. We were doomed, and the trial hadn’t even begun.

A few months ago, Kylie Jenner was named the world’s youngest self-made billionaire by Forbes—much to the chagrin of the internet. Aspersions regarding whether she “deserved” the title aside, the announcement sparked an interesting debate on the concept of merit.

Kylie Jenner is on track to become the youngest self-made billionaire ever, ahead of even Mark Zuckerberg, who became a billionaire at age 23. Click the link in our bio to find out how she built a $900 million fortune in less than 3 years. #SelfMadeWomen

What constitutes “merit?” How can we decide for ourselves who truly deserves something when the factors that determine the climb towards success are so nuanced? Is it always about money?

My opinion on the matter is that, despite all of Jenner’s advantages and opportunities, she still chose to make something of them rather than ignoring them or throwing them all away. There are plenty of young celebrities who haven’t had the business prowess or vision to create an empire out of their fortunate circumstances, but Jenner saw her chance and leveraged her resources.

A much more common example, many of us are attempting to work our way towards the most tried-and-true path to success: securing admissions to top tier universities. For those of us who don’t have the benefit of a “leg-up” by way of parental influence and wealth, education is usually the most effective way to gain that coveted success.

For many people like myself, there has only ever been one route to achieve our ambitions. Nobody told us about the backdoor option because it was never meant for us—which is perhaps why the element of surprise was missing from the overwhelming outrage over the recent college admissions scandal.

The scale of the operation was certainly jaw-dropping. Apart from Loughlin and Hoffman, many other well-connected, wealthy parents were found guilty of conspiring to cheat their way into gaining admission into these top-ranking schools for their children.

However, was the fact that such manipulation of the process occurs truly shocking? Not so much. We’ve witnessed it in its many forms, of course–think legacy admissions, donations, networking connections. Make no mistake, the casual “my parent knows someone who knows someone” method was never a secret. It was simply a widely-accepted fact because, somewhere along the way, we all figured that’s just the way the cookie crumbles.

How the Other 99 Percent Live

I was fortunate enough to later attend a prestigious high school in New York City. However, dragging my lackluster middle school education over to an institution where many of my fellow peers were alumni of the same kind of schools that I faced against in my seventh-grade mock trial forced me to play catch-up for a long time. It took years to come to terms with the fact that all students start at a level playing field was just a myth.

When I was applying to universities, my resources were limited. I lacked much of the general information that was common knowledge to my peers—which schools to apply to, the best ways to get financial aid, which universities were a “reach.” My strongest proponent was my older sister, five years my senior who had undergone the application process with even less support than I had as my parents were completely unfamiliar with FAFSA, the Common App or the HEOP/EOP programs. Hell, I even qualified for a waiver to dismiss the fee required to take the SATs.

My point here is not to gain sympathy but to juxtapose my middle school education and my senior year of high school with the college admissions scandal and the experiences of the Olivia Jade Giannullis of the world and make it loud and clear, if it wasn’t apparent already, as the famous “Malcolm in the Middle” theme goes, that “life is unfair.”