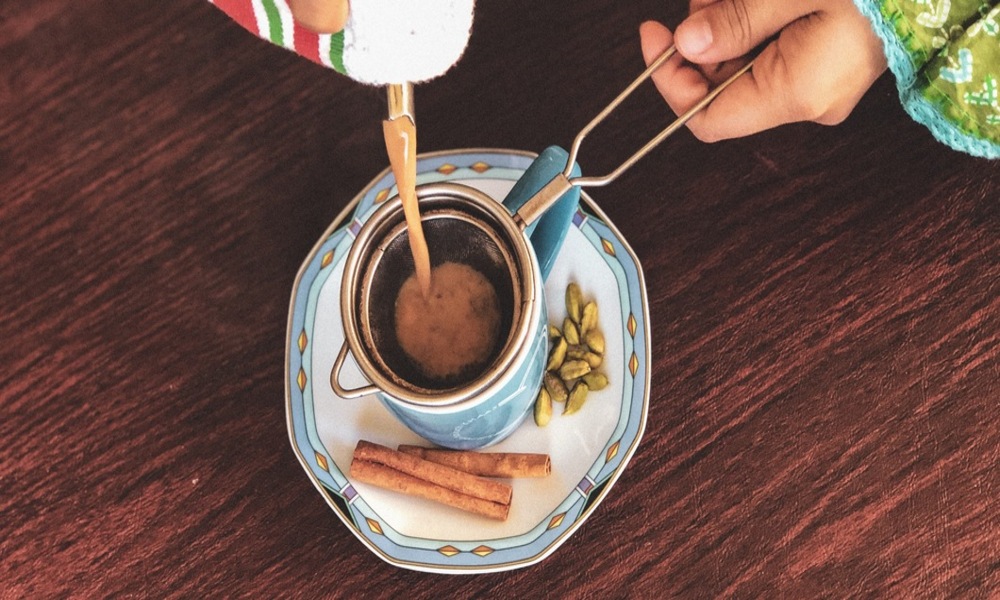 My cup for tolerating unacceptable cultural nonsense is past its threshold. I don’t think it was that big, to begin with, but it’s been overflowing for quite some time.

Being easily impressed by a member of the male species for executing the smallest act of decency is like being impressed by your car for driving down the road. Every car is supposed to do that. That is one of the most basic functions it should be serving without it needing you to specifically request it. Now, if you are used to being around cars that struggle to complete basic tasks, then maybe it’s time to get it fixed rather than ignoring it and telling everyone, “that’s just how it was made” and “at least the windshield wipers still work.”

But this metaphor can only go so far. So to illustrate the sexism that I believe runs rampant in my culture, let me break down the dynamics of a dinner party in a typical South Asian household. This might shine some light on how systemic sexism is and how it seeps into every facet of one’s culture. My firsthand experience does not dismiss the fact that other cultures have just as much sexism. In fact, on a list ranking the 24 countries that give women the most political power, guess which self-righteous country is missing in action? That’s right—America. But when people within my own culture inappropriately use religion as a justification for misguided gender roles, I am compelled to share my frustrations. The reality that I will lay out in the following paragraphs may not be true to some lucky South Asian families, but in my 21 years of being alive, I am confident that this is how things go down in too many families.

How to Host a Family Gathering in your Home: South Asian Edition

The basic South Asian family in this exercise is pretty heteronormative (aka the way kids traditionally draw families in pictures). There is a husband, wife, sometimes elderly parents, and for our purposes, there is definitely a daughter and a son.

Phase One: The Invites

This part is pretty standard. The husband and wife decide to host a dinner party either because the cousins are in town or your parents haven’t had the chance to invite your newlywed cousin sister and her husband over for dinner. Either way, people are coming over for an evening of entertainment where biryani will be made and the good chai cups will be used.

Do you hear that? Why—it’s the sharp clanging of pots and pans along with the whine of the vacuum cleaner, and, if you listen closely enough, you can hear the sweet whispers of misogyny. It’s really subtle and it might be hard to notice since it’s wrapped in a cute package called “the husband worked hard all day, sitting in a swivel chair while looking at excel spreadsheets so naturally, he needs to relax while the wife tends to all the cooking and cleaning.” Just because this is a party and maybe more than a few dozen people are invited does not mean the husband has to step up. He might fetch some things from the store but the bulk of the work will be done by the wife for this is a woman’s job despite the fact that many of the recipes for the dishes can be searched on YouTube where you’ll find a male chef explaining how much chili powder is needed. As we all well know, as soon as something has the potential to make money, a man enters the scene.

In this second phase, the daughter of the previously mentioned heteronormative South Asian family is expected to help. Oh my, how lucky she is to be able to practice the skills she will need to use as a dutiful wife since the college degree she’s working hard towards must be decor. Maybe the son will help out by reaching to grab the big bowl on the top shelf. Or he’ll take out the trash. But that’s as far as his skill set goes. He won’t be told to dust the living room or sweep the floors. He doesn’t even know where the duster is in the house.

The son might be told to do the heavy lifting in this process but the fact of the matter is, he still has to be told, doesn’t he? The daughter wasn’t told to do anything because, at this point, these basic chores are second nature to her. She doesn’t need to be told to help out in the house because her mother has done an excellent job at instilling these values and skills into her life.

If only we could say the same about the son. He won’t check the bathrooms to make sure they are clean unless you tell him. He won’t be anticipating your needs in this prep time because the only thing he’s been taught is that as a boy, he’s free from these domestic responsibilities. If he does decide to grace the family with efforts to help, then pray that extra nafl for you have been blessed with the greatest son in the world. He can do no wrong, but even when he does, you’ll be blinded by the radiating light that your dear old boy naturally exudes for he is a gift from God.

And to be quite honest, if I was a boy in a world where my laziness isn’t seen as an inconvenience, I’m not sure if I would bother doing any of the work either.

The house is clean, the aroma of the food is swirling throughout the house, and the wife was in the kitchen all day except for the 20 minutes she took out for herself to shower and change. The guests start arriving later than the time they were invited but that’s about as expected as hearing aunties brag about their highly educated and/or handsome sons.

The guests will most likely be segregated, and while the husband is busy playing host for the men, the wife will be juggling between entertaining everyone and actually running the party. She is the literal backbone in this joint. Her daughter is assisting her by setting out the mats, heating up the naan, rearranging dishes and perfecting the art of food-setting. She’s been in the kitchen the entire time, carrying out this routine from a young age, all the while the son is upstairs doing one of these three things: playing video games, watching basketball or listening to Drake. The only time he will be in the kitchen is to line up for food.

The husband will be in the kitchen for a bit, but only to ask for more naan or when the chai will be served. Throughout the party, the women will be furiously refilling the food as the men come back for seconds not noticing that their wives haven’t gotten the chance to even develop the thought to get their own plates of food. If abandoning your Islamic principles of respecting women was an Olympic sport, these kinds of men would place in gold every time.

In the end, the dishes will pile up in the sink, the table will have to be cleaned and chai will have to be made. All this will be done by a woman. Chai signals the end of a meal just like the closing credits lead to the end of a movie. I can’t remember how old I was when I learned to make chai but ever since then, I learned that no guest should ever leave the house without being served it. However, this beautiful tradition of hospitality towards guests have failed to pass on to almost half the South Asian population. There are exceptions to these gender norms but a cultural shift has yet to come since an obscene number of desi boys do not know what it’s like to go around the room asking each auntie and uncle how much sugar they want in their chai. They have never had to deal with the milk boiling over the kettle. Never had to deal with running back to the kitchen to add “a little bit more sugar, please” before the tea gets cold. Perhaps the only interaction they have had with chai is serving it to the men and being able to identify it as a part of their South Asian identity without really knowing how to make it.

Making chai is a basic skill in life. Just like cooking rice and tying your shoes. If you’ve never been taught basic skills, then either you’ll live without the fruits of that labor or you’ll have others doing things for you. I don’t resent the women I love who have a life structured by these expectations, but I do resent this part of my culture and being surrounded by a community that continues to perpetuate skewed traditions. And frankly, I am sick and tired of always making chai.