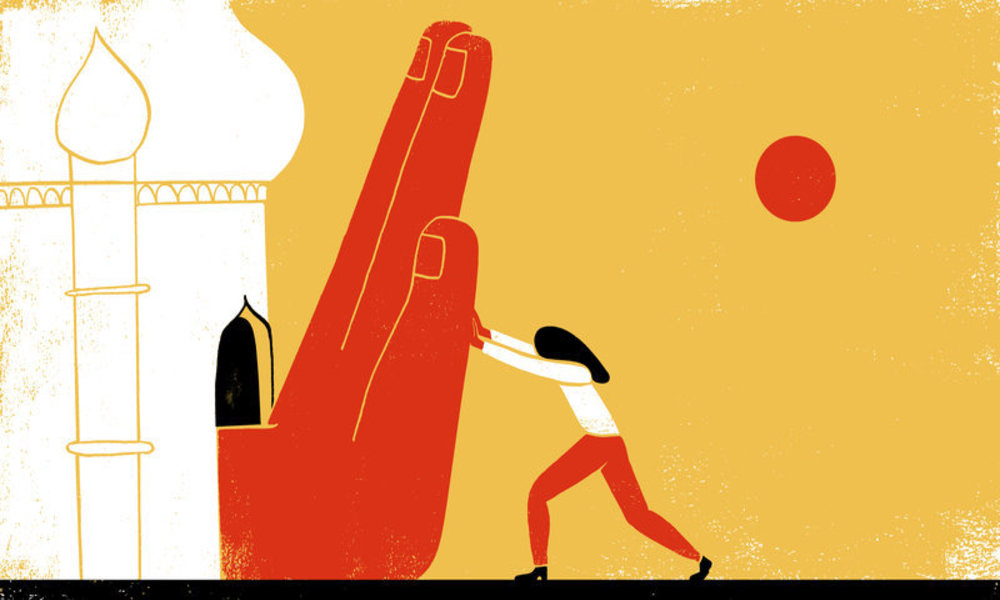 I do not remember at what age I first learned that a menstruating woman or girl is not supposed to enter a temple.

Perhaps I had learned this from my mother when the first trickle of blood ran fresh. Maybe I had understood it by listening to the views of elder women during my childhood. Or maybe I had imbibed these norms while I was still in the womb.

Whenever it may have been, I reflexively followed these proscriptions as soon as I started my menses.

In the first year of my menstrual cycle, I would discreetly excuse myself from pujas and other religious events. Initially, this was a welcome opportunity for me to play video games with my elder brother or watch television. I never once asked my mother the question, “why?”

My mother was, after all, my role model and a major symbol of women’s empowerment in my life. We almost always agreed when it came to things like feminism or women’s rights as these were concepts that she had taught me.

Yet, my perspective regarding menstruation dramatically evolved when I visited my mother’s sister in India.

On a lazy summer afternoon, I decided to pass the hours reading a book. After spending several minutes searching for it, I realized I had left my book inside the room with the religious altar.

As I approached the room, I remembered that I was menstruating and ultimately found myself frozen in front of the door.

Noticing my aunt standing behind me, I sheepishly asked her,

May I go inside?

Her smile suggested quiet understanding. She then placed her hand gently on my back and nudged me forward.

“Oh, there’s no time for ideas like that,” she said with certainty. “If I never went into this room for reasons like that, no work would ever get done.”

I hesitantly fumbled forward, dumbfounded that two sisters—who were living in opposite parts of the world—could hold such different perspectives. I spent much of the remaining summer devouring information about menstruation and menstrual beliefs, intent on learning why that might be the case.

Sifting through article after article, it quickly became clear that menstrual taboos were holding women back. In Hindu, Muslim and Judeo-Christian traditions alike, I noticed a common theme: Menstruation, one of the most basic rites of passage in a young woman’s life, was linked with impurity and shame. Trickling from such beliefs came devastating practical consequences.

I found that women and girls often miss school once they start their menses due to the shame and stigma surrounding this time and a lack of access to hygienic menstrual products. In some parts of the world, girls are told to sleep outside of the home in huts or sheds while on their periods, which oftentimes results in death or disease. Other times, women are told not to touch others during their menses. Across religious traditions, one’s menstrual period is often considered an inappropriate time for prayer or worship.

Women and girls themselves internalize these notions of menstrual shame and impurity. For example, 70 percent of women in India believe menstruation is dirty, and many women passively hand these stigmas down to their daughters. In the U.S., one study involving nearly 1,500 participants similarly showed that more than 50 percent of women felt ashamed while being on their periods.

When I returned home from India, armed with an artillery of facts and my aunt’s supportive stance, I was determined to change my mother’s mind and to shift the practices we were undertaking at home.

I initiated the conversation with my mother with trepidation, then gained confidence as I rattled off the information I had discovered.

“I just didn’t want something bad to happen to you,” she replied. “I was trying to protect you. I’ve been told since I was a child that negative things can occur if you enter temples while menstruating and that women should not do this.”

“But don’t you see how many women are suffering because of ideas like that?” I fiercely retorted.

Our conversation jostled back and forth for several minutes until, in an unexpected turn of events, she placed both arms on my shoulders and said,

You’re right. I’m proud of you. Let’s change this.

At this moment, I recognized how human my mother was. She did not always have the answers. She could be molded and I could help her evolve.

Around the world, women are speaking out and pushing to change beliefs surrounding menstruation. In January 2019, 5 million women formed a human chain around a temple in Kerala, India as a way to nonviolently protest customary traditions prohibiting a menstruating woman’s entry into places of worship.

Outside of these collective acts of courage and activism lay the one-on-one, often painful confrontations that must occur within our homes. Whether about the racism, sexism or internalized gender norms, the conversations we have at home are equally powerful.

Adult women often struggle to let go of the repressive gender norms and social conditioning which we have been taught since childhood. As I have grown, I have needed to frequently revise my own views related to gender and feminism. I have been influenced and shaped by women like my mother and others around me. Similarly, I have witnessed my own mothers’ evolution and been a part of bringing it about.

It is human nature to defend or make excuses for family members or friends when we come to learn of their regressive viewpoints. Sometimes it is convenient to make remarks such as, “they are too set in their beliefs to change.” Other times, we divert conversations or walk away from uncomfortable situations, prematurely acquiescing defeat.

In spite of how challenging these conversations may be, they are always worthwhile. And when I am unable to make a dent, I am reminded that it only takes one generation to change attitudes. I am in control of the beliefs I share with my own children. I am responsible for and can shape a different future.

There are still days when I hesitate before entering a place of worship while I am on my menses. However, these instances have occurred with less and less frequency with time.

On those rare occasions when I find myself regressing, I can feel my aunt’s gentle hand guiding me forward. I remind myself that there is far too much work to be done and simply no time for ideas like this.

Dr. Priya Shankar is a physician, writer and activist. She is a pediatric resident physician with the UCSF Pediatric Leaders Advancing Health Equity (PLUS) residency program and the co-founder of Girls Health Champions, an award-winning non-profit organization fighting gender bias by training adolescent girls globally as peer to peer health educators and health leaders.