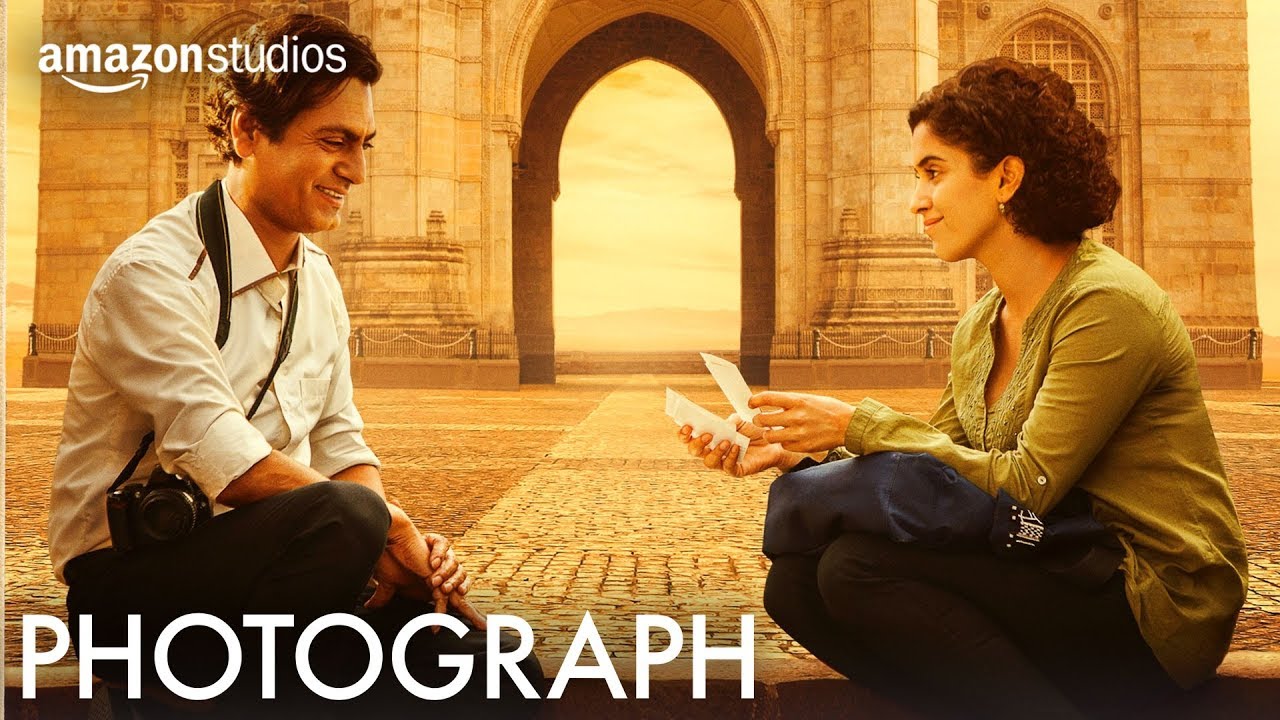 A movie that watches the way a good book reads, Ritesh Batra has once again hit a home-run (six runs for my brown folk) with his latest film, ‘Photograph.’ Starring the iconic Nawazuddin Siddiqui and the elegant Sanya Malhotra, ‘Photograph’ is a candid portrayal of love, class, and identity in the hustle of modern day Mumbai. (Poll: How many photography puns can a I sprinkle throughout this review? We’re already at two if you’ve been paying attention).

‘Photograph’ follows Rafi (Siddiqui) a street photographer whose primary source of income comes from taking pictures of tourists in front of the Gateway of India for money. It is here that he meets Miloni (Malhotra) a younger woman who is financially supported by her parents and is studying to become an accountant. After Rafi takes Miloni’s picture, she disappears before he can give it to her.

We then follow Rafi home and learn his true living situation. He’s of a lower caste and is burdened by the debt of his family. As if that wasn’t enough to cause stress in his life, Rafi finds out that his dadi (grandmother) is refusing to take her medication until he gets married #priorities. To cajole her, he sends her the picture of Miloni along with a letter under the guise that she is the woman he will marry. What Rafi forgets is that for Indian grandmothers, the proof is in the pudding, so it does not take long before she decides to visit Rafi to meet his would-be wife. After explaining the situation to Miloni, she decides to play along once dadi arrives. The film follows the blossoming of the initially fake relationship into something genuine.

While I typically don’t enjoy “slice of life” films, I found this one charming, smart, and entirely unexpected given the basic nature of the plot. So naturally my first question to Ritesh was:

Is ‘Photograph’ based on a true story?

It’s just fiction! Something like this, as you probably know, would never happen in India. People from such starkly different backgrounds would not interact together for so long like this movie. Their interaction would be limited to ‘how much does this cost’ and maybe ‘here’s your change.’

While the focus of this film could have very easily turned into a heavily romantic tale, it never became that. The affection between Rafi and Miloni is merely an anchor for both of their journeys to self-discovery and how they both suffer from the burden of choice given their social status within Indian society; both never able to make decisions for themselves. Rafi’s darker skin is constantly compared to Miloni’s lighter skin. Miloni is treated more like property that appreciates in value than a daughter with feelings to her parents. These are all ideals of caste and class that we tend to overlook but are the very reason the system persists to this day. And these parallels in conjunction with how they feel about each other is captured perfectly.

For me, the first scene I write for a movie is always what it is about. I wrote the last scene of this movie first. And then I just went from there to really figure out who these people are. And I had the basis of a rich girl poor guy story but wanted to make it more authentic and real and a little magical even.

Without going into detail about how the film ends, I’ll say that it was a flashback and that it was perfect. Enough closure to leave me satisfied but enough unanswered questions to keep me curious.

It’s very difficult to find a resolution to a situation that has none. Both for someone who is watching it and for someone who is making it. And there are many different ways I could have ended it but this is what made sense and felt the most authentic.

In my conversation with Ritesh, it also came up that he started writing this film 2-3 years ago. He kept picking it up and putting it down but never felt like it needed to be adjusted for the times. Story telling aside, the film also incorporates many classic Hindi songs that only add to its timeless nature.

I mean, what you really want is for people to take it home with you. So, when people watch this movie and get to the last flashback scene I want them to go home and re-think about the second half of the movie in the light of that last scene. That would be nice. But yeah it would be remiss of me to say that whatever happens happens because it is not really like that because I am trying to say something with this film.

Just as he did in his feature debut The Lunchbox, Ritesh Batra has once again stripped an unlikely relationship down to its core – the desire for basic human connection. Photograph is now playing in select theaters. (And my pun game was lacking focus today, so only 4. Oh wait, 5.)