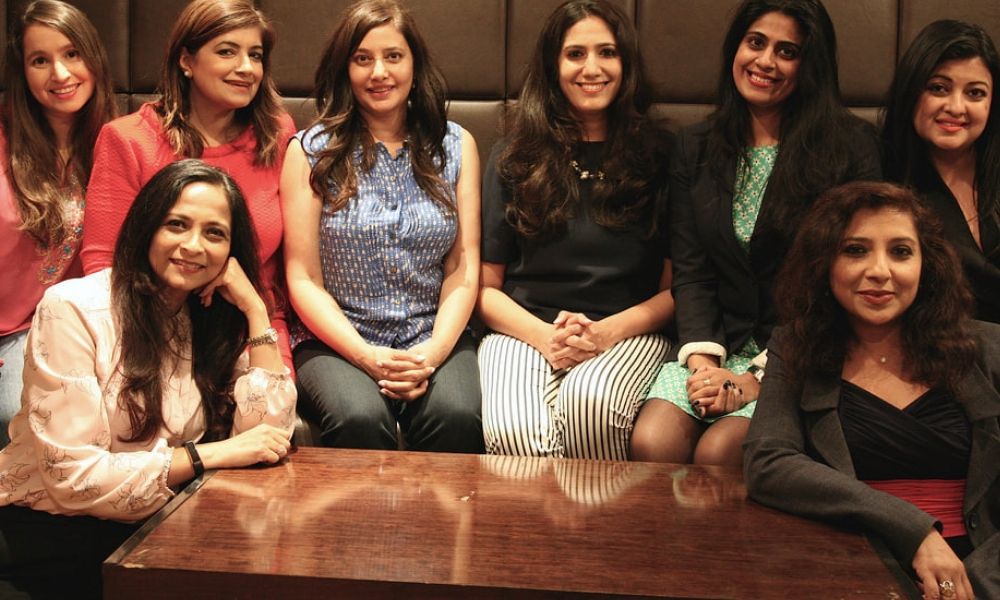 Earlier this year, the Wolverhampton Literature Festival in the U.K. presented a weekend of talks, performances, and practical workshops, showcasing the creative talent of underrepresented voices — including The Whole Kahani (story). A writing collective of first-generation migrants, the team of The Whole Kahani read from their latest anthology entitled “May We Borrow Your Country.” This anthology is a collection of poems and short stories which provide an insight into what it means to be first generation immigrants navigating the borders and challenges that come with making Britain a home — an ongoing process for the ladies of The Whole Kahani.

A South Asian writing collective is particularly refreshing, considering that there is a lack of diversity in publishing — namely due to the proportion of white counterparts who dominate the publishing industry. Brown Girl Magazine speaks to one of the members Reshma Ruia to explore how The Whole Kahani fits into the wider issue of South Asian diasporic identity and representation in publishing.

The Whole Kahini means the complete story. The title represents the fact that stories or versions of stories that we have been hearing are not really representative of what we have been experiencing. By we, I mean the South Asian diaspora – the first and second generation or even British Asian children who have been born here. The whole premise of this is wanting to bring our own collective.

Celebrate #InternationalWomenDay by reading #MayWeBorrowYourCountry Stories about displacement by #womenwriters from the #WholeKahani collective. Urgent, sharp and relevant tales published by @LinenPressBooks the only independent women’s press in the UK. pic.twitter.com/WJwV8Kok6G

The Whole Kahani harnesses the power of a minority group to increase South Asian representation in publishing. Ruia explains the coming together of the group as being a natural progression.

It really came into being in 2011. There were initially 20 or 30 of us gathered together to collaborate on an anthology – ‘Too Asian Not Asian Enough,’ in which I had a piece in. As collaborators, we were batting for the same team but that coming together was a one-off. We wanted something more structured.

Ruia made it clear how working amidst a group that visioned common goals, provides a safe space for rigorous critical analysis by members. She highlighted the importance of staying away from South Asian friends who may be reluctant to provide constructive criticism.

You need someone who can understand your references, who doesn’t automatically say, what does daal mean or what does roti mean, or feel the need to put them in italics.

Ruia’s note on whether non-English words should automatically be seen as having a place alongside English lexicon, ties in with the foreword of “May I Borrow Your Country,” written by author Preeti Taneja, who questions

Is punctuation negotiable for purpose, should non-English terms be italicised, should there be translated in the text or must there be a glossary?

Ruia discusses the importance of dismantling industries by reflecting on her own childhood,

I think the issue is of representation. As someone who grew up in India, I grew up on tales of Enid Blyton and Nancy Drew so my whole experience was shaped around Western sensibilities, norms and values. We need authors who understand us and who reflect our journey.

A central problem relating to difficulties in being published in the literary world is the fact that the white, middle-class gatekeepers, impose stereotypical expectations of what they want to see from writers of colour. As Ruia eloquently frames the issue,

They want to be able to place books into genres. It’s easy for them to say write about colonial India or follow the usual tropes like an arranged marriage or unhappy families. The minute you write about something that deviates from that script, they have a problem placing you.

In a report commissioned by development agency Spread The Word, it was stated that BAME writers are “pressured by agents and editors to make their manuscripts marketable, by upping the sari count, dealing with gang culture or some other image that conforms to White preconceptions. Ruia’s own novel, “A Mouthful of Silence,” has been met with confusion by publishers who interpret her writing from the point of view of a white male protagonist, as something jarring and nonsensical.

She makes it clear that the aim of “May We Borrow Your Country” was to focus on the reality of living in the U.K. as a South Asian.

What with Brexit and discourse on immigration, we wanted to address and question what it means to belong. How do you claim a geographical space or emotional space as your own? We also didn’t want to bring a victim’s perspective on this. ‘May We Borrow Your Country’ is a tongue in cheek, and an ironic reference.

Everywhere there’s a BAME thing. All major publishers will say that they have got initiatives but that’s sort of like positive discrimination. They might say that they have already published one Indian writer this year. It becomes a case of ticking a box so that’s not good. Rather than them, I’d say it’s the independent publishers which are really championing good writing and who are prepared to take risks

I was also interested in the barriers that came with having immigrant parents — namely the parental concern of children pursuing a creative career over an academic one which promises financial stability.

It’s a very valid concern. When I was 18, I got a place to study English literature at Oxford and my parents said ‘oh, what will you do with that?’ So I studied development economics at the London School of Economics. Some people don’t have the luxury of engaging in the creative arts. It is seen as a hobby that comes after commitments, responsibilities and jobs that pay the bills.

Despite the potential for young South Asian writers to be reluctant to immerse themselves into a writing career, Ruia explains the sense of persevering as an intrinsic quality in those who have a natural flair for writing,

I think if the voice is really strong or if the urge is there, just go for it. It’s like with anything, but you have to be prepared to make sacrifices. I don’t necessarily think that the starving poet in the garage is feasible all the time. It’s like a flame burning within you. You have to hear its call and go for it.

Finally, Ruia reflects on what she would like to see in the future of publishing,

The Whole Kahani, are trailblazers in their own right. Ruia has created a collective which provides an authentic lens to showcase what it means to have dual British and Asian identity during a time of political uncertainty. Navigating an industry with a culture of pigeonholing will always be an arduous task. The Whole Kahani serve to be the British Asian voices we need in order to work toward dismantling the whitewashing of the creative industries.

Readers can purchase ‘May We Borrow Your Country’ here.