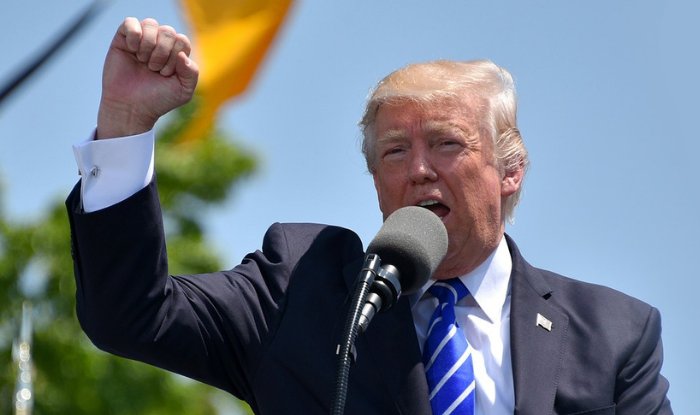 A new policy decision now has the power to keep thousands of migrants in jail, indefinitely, as they wait to hear what the future holds for them. More than 109,000 migrants were detained in April, with families and children making up almost 60 percent, the highest number reported yet.

President Trump’s administration has made another major mark in their anti-immigration policies by withholding bail for migrant asylum seekers, who were arrested while crossing the border illegally to escape persecution.

Attorney General William P. Barr believed that the previous policy, that allowed asylum seekers the right to a bail hearing if they claimed that they faced threats in their home country, was wrong. This step upholds Trump’s commitment to detaining immigrants rather than releasing them, or as he phrases it, the end of “catch and release.”

Catch and Release is an obsolete term. It is now Catch and Detain. Illegal Immigrants trying to come into the U.S.A., often proudly flying the flag of their nation as they ask for U.S. Asylum, will be detained or turned away, Trump tweeted in November 2018.

Then-Attorney General Jeff Sessions enacted a zero-tolerance policy which led to the separation of families along the border in May 2018.

Sessions at the time said that the policy was a “deterrent” for those who attempt to cross the southern border. The president ended the policy months later in the face of widespread criticism.

This decision to withhold bail for migrant asylum seekers is the latest by the Trump administration in order to instill fear into the minds of those thinking of fleeing persecution, danger or poverty and deter them from crossing into America with the hope of finding safety. Coinciding with his anti-immigration narrative, this verdict ties into Trump’s mission to amend the crisis at the border.

Attorney General Barr’s instructions to immigration judges, which won’t go into effect for another 90 days, are to deny migrants the opportunity to post bail. This negates actions taken prior that allowed these migrants to prove there was credible fear in their home countries and ask for legal status in the United States.

According to ABC News, the origin “comes out of a case involving an Indian man who was picked up ‘50 miles’ away from the southern border in Mexico and claimed asylum. Barr says in similar cases bail can be withheld.”

Advocates for immigration rights, such as the American Civil Liberties Union (ACLU), have been vocal about their dismay at this ruling and ensure that they will challenge it in court as the Constitution states without due process of law, this isn’t acceptable, especially in the case of individuals who are exercising their right to seek refuge.

They want to send a message that you will get detained,” said Judy Rabinovitz, a deputy director of the Immigrants Rights’ Project at the ACLU. “We are talking about people who are fleeing for their lives, seeking safety. And our response is just to lock them up, The Washington Post reported.

In response to the announcement the ACLU also issued a statement, in which director of the ACLU’s Immigrants’ Rights Project Omar Jadwat said, the organization will sue to enforce the Constitution, which does not allow the government to lock up asylum seekers without basic due process.

The exceeding number of apprehensions made at the U.S. Customs and Border Protection have caused Trump to believe immigrants are manipulating the system. He has pushed the blame onto Congress and even considered resorting to shutting down the U.S. Mexico border or to send those seeking asylum to sanctuary cities.