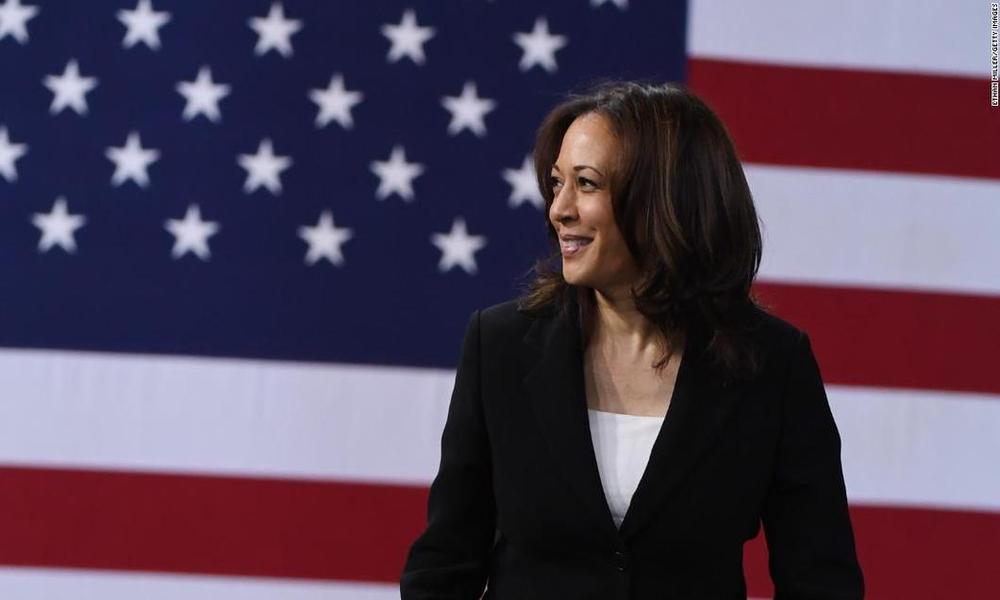 I first heard of Kamala Harris during her campaign for the United States Senate. As an Indian-American woman with a great aunt named Kamala, I couldn’t help but wonder: Is Kamala Harris Indian?

After doing a quick Google search, I learned that Senator Harris was born to a Jamaican father and an Indian mother. I was thrilled to see a high-profile female legislator with Indian roots gaining attention on a national scale. Senator Harris is quickly gaining popular recognition as a candidate for President of the United States.

As an Indian-American, I hoped that Senator Harris would highlight her Indian roots. Instead, the news often discusses her time at Howard University and the staunch support she receives from African-American and black communities. I, along with several Indian Americans who want more opportunities to connect with her because they “think of her as black,” was surprised that there are rarely any mentions of Senator Harris’ Indian background.

However, when asked in an interview if she ever struggled with her identity, she responded:

I am who I am. I’m good with it. You might need to figure it out, but I’m fine with it.

That was when I realized, everyone, including myself, must allow Indian women to simply be themselves.

Women of color already face additional hurdles and judgment compared to white women. In the workplace, they are often underrepresented and unlikely to attain a managerial position. As expecting mothers, their risk of dying during pregnancy, childbirth, or early motherhood is significantly higher. Too many black and Native women have gone missing with few efforts to find them. All this considered, perhaps it should not surprise us that the media scrutinizes women of color to a harsher extent as well.

Consider actor, writer, and producer Mindy Kaling. After a successful career on the hit TV show, “The Office,” Kaling was the first Indian-American woman to write and star in her own television show. Despite the success of “The Mindy Project,” Kaling received criticism for only having white love interests on the show. Kaling expressed frustration that critics asked her to address race more directly, saying that she tried “not to rely on or deny the fact that [she’s] Indian” and instead attempted to de-emphasize her racial identity.

Kaling responded to this criticism on her show in an episode where her character dated an Indian man. She referred to herself as a coconut: brown on the outside, white on the inside. The episode’s Indian characters also displayed the versatility of Indian personalities in the United States, proving that Indian identity is multifaceted. Kaling wittily responded to critics who questioned her allegiance to her South Asian roots.

On the other hand, actor, singer, and producer Priyanka Chopra has been under fire for being too Indian. Her whirlwind relationship with Nick Jonas included a high-profile wedding in Jodhpur, India. As is customary in Indian culture, Chopra’s wedding events spanned several days and included traditional Hindu ceremonies.

Nonetheless, Mariah Smith from “The Cut” criticized Chopra for having wedding festivities that lasted a week and involved wearing flashy jewelry. Chopra put her Indian identity at the forefront of her wedding, yet was chastised for following common, meaningful traditions in Hindu culture. It seems that Indian women simply cannot satisfy their spectators.

The sweeping judgments and generalizations we make about Indian women are dangerous. They prevent us from recognizing the positive impact they have on South Asian communities.

Kamala Harris advocated for South Asian people when they were targets of violence and abuse after the 9/11 terrorist attacks in America. Mindy Kaling posted an open casting call asking South Asian women to audition for her new Netflix series, for which more than 15,000 applicants submitted audition materials. Priyanka Chopra’s wedding festivities showed Hindu girls that their culture, traditions, and heritage deserve to be recognized and appreciated globally.

[Read Related: Embracing My Indo-Guyanese American Identity: What Kind of Brown Girl Are You?]

These women are doing important work that we must recognize instead of judging how they choose to showcase their roots.

We all have complex identities and feel stronger ties to some aspects of ourselves than others. Whether the Indian identities of Senator Harris, Kaling, or Chopra manifest differently, or not at all, we must accept their choices. Instead of criticizing women with Indian backgrounds for not meeting our expectations, we should elevate them for rising to success in fields previously untouched by Indian women and ultimately paving the way for further progress.

We should congratulate Sunita Williams for running the first marathon in space. We should admire Padma Lakshmi for her successful career in acting, modeling, and writing. We should respect Indra Nooyi for her achievements as CEO of PepsiCo. South Asian Women are leaders and role models in the United States and abroad, and I applaud them for being unapologetically themselves. As Kamala Harris said, we are who we are and we’re fine with it. Are you?

Ankita Verma is a 24-year-old legislative assistant at the Minnesota State Senate who firmly believes in advocating for social justice. She was born in Milwaukee, Wisconsin but currently resides in the Twin Cities. When she’s not reading or writing, she is (hopefully, excitingly, admirably) attempting to recreate her mom’s favorite dishes.