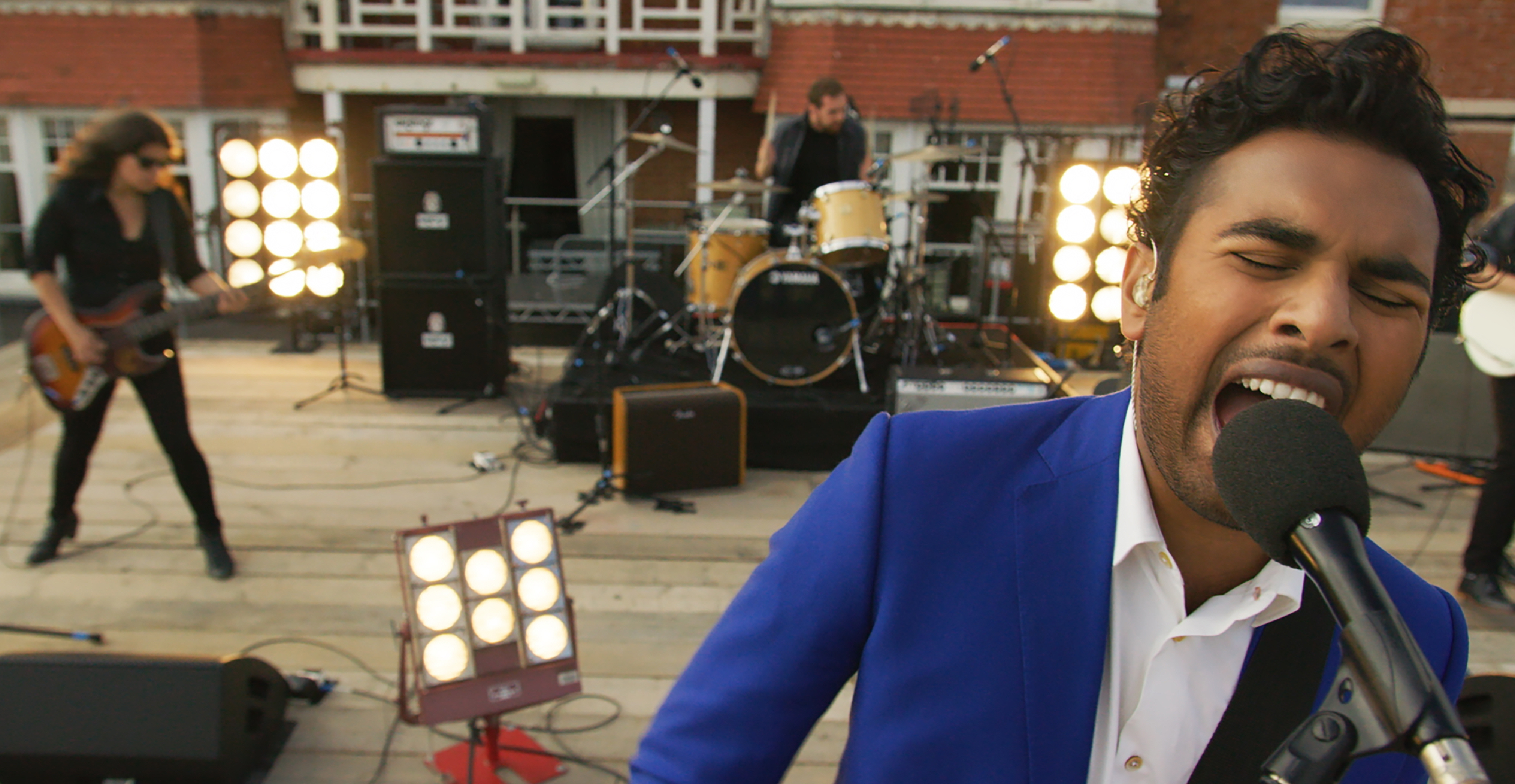 Yesterday, I watched Jack Malik, played by Himesh Patel, sing songs from The Beatles and claim them as his own. And I agree, they’re all Patel’s now.

The film “Yesterday” follows a relatively simple, but extremely creative premise: after a city-wide blackout, Jack Malik — a struggling musician — wakes up and learns that no one in the world remembers The Beatles except himself. From there, hijinks ensue as Jack pretends the songs are his creations and he falls in love with his best friend.

I went through a roller coaster of thoughts. I was in a movie theater that was completely packed with middle-aged white people. There was press and then there were the white men and women you see in the grocery store that buy eucalyptus plants for fun, not aesthetically like their millennial counterparts.

I went into the movie with absolutely no expectation; Hollywood and South Asian men have trained me to believe that every movie with a South Asian man as lead role is just him being self-hating, making fun of his parents, and treating South Asian women as props for their corny jokes.

When I tell you I had no expectations, I had none. I would see the trailer pop-up on my Youtube videos and I’d hit skip. I have to say it again, South Asian men in lead roles have betrayed me over and over again. Why would I be excited about this? I thought I’d be the joke.

They had oversold tickets to the screening I attended — when the hell does that ever happen? For a movie that hasn’t had too much marketing and for a lead that no one on this side of the pond knows?

I thought I was missing something, what hype train was everyone on that I wasn’t?

I realized that oh, they all came for The Beatles. That’s the hype. But, did the white woman next to me know she and everyone in the room were going to become a Himesh Patel stan?

Did I know I was going to be the founder and CEO of Yesterday Hive?

Everyone laughed together. We all smiled together. No one was on their phones. We would watch Jack Malik go through emotions of joy to pure anxiousness, and we’d laugh out loud. There were parts in the movie that we all clapped, parts where I’d hear the person next to me humming along.

You could feel the audience smile together when Jack remembers the lyrics to Eleanor Rigby, but still messes them up. At the end of “Yesterday,” the credits rolled and “Hey Jude” started playing. We all started singing together. Never in my life would I have imagined myself to be in a movie with an audience like this.

I interviewed Patel and experienced something most people would call, “a mess.” I cannot remember anything from this interview except for the fact I made him laugh, and I was nervous. I wanted to pour my heart out about how much this movie brought me joy, that I’m so proud of him, that he has such a great voice, and how he is coming for Bradley Cooper (in my eyes).

After talking about something as important as representation, I lightened things up by asking Patel about his Bollywood preferences. Of course, he found a way to give me an answer that was both eloquent and totally accurate (his movie choice is perfect, much like him).