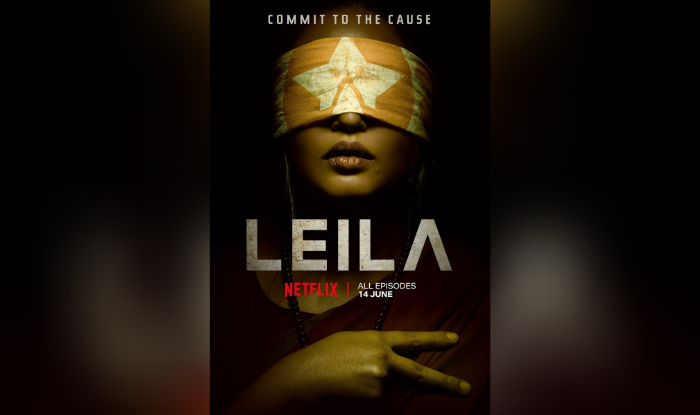 Within days of the premiere of Netflix India‘s newest series, “Leila” on June 14th, there has been social media outrage, claims for boycotts and the trailer on Youtube has way more dislikes than likes. What created such outrageous reactions from the Indian audience, especially for a show that features affluent names like Deepa Mehta and Huma Qureshi? The answer lies in religion.

“Leila” examines a dystopian world ravaged by religious fanaticism, where a totalitarian regime hides behind the codes of morality and standards of traditions, and the result is disturbing and horrifying, yet utterly engaging.

Let me start with a disclaimer that I am not Indian. I am from Sri Lanka, and therefore I will keep my views away from the politics of the show or how it connects to current political situations in India. However, I grew up in the midst of a civil war and am the daughter of an inter-religious marriage, and “Leila” often hit too close to home. In fact, the most beautiful thing about the show is how universal it could be.

“Leila” is the journey of Shalini, a woman in search of her daughter in the dystopian world of Aryavarta. This imaginary nation is divided into religions and communities and segregated by high walls. Water is a luxury, and every nationalist citizen proclaims “Hail Aryavarta!” with a sign that mockingly resembles an inverted victory sign.

The show holds nothing back, and it is established from the very first scene. In a startling opening that holds the viewers’ attention captive from the first moment, Shalini, who is married to a Muslim man, is ripped away from her family and admitted to a camp that attempts to purify women like her. What follows is a “Handmaid’s Tale”–like story, as Shalini is driven by the need to get back to her daughter, Leila, unafraid to risk her own life in the process.

Some critics have called out “Leila” by claiming it is Hindu-phobic, but I firmly believe “Leila” sees the consequence of being a fanatic of any religion, and paints a reality where politics and religion get intertwined, eventually creating a conflict between assumptions of morality and equality.

The show is not perfect. In fact, there are moments, especially in the last few episodes, where I felt the pace slowed down. But any and all flaws the six-episode miniseries might have in its storytelling and plot, it makes up for it by the sheer audacity of its imagery. I could not take my eyes off the screen in the first two episodes of “Leila” — which in my opinion, are the best of the show.

The women in the purity camp are fed drugs to be kept under control; one woman is married off to an animal while another is forced to abort her child. They are called “whores” for marrying men outside their religion or caste and listen to a man tell them how to be a good woman. Yet the most horrifying aspect is that none of these situations are pure imagination. Some of these practices still exist in certain parts of South Asia, and exaggerated as they might be, every disturbing image of “Leila” is rooted in reality.

Huma Qureshi is a powerhouse in “Leila.” She plays Shalini with such stoicism, that the few moments that she does act out and display emotions are extremely powerful. Shalini is not a saint either. She is selfish, is not afraid to use other people to her advantage and does not waver from her own mission, even when the show’s focus starts to shift in the second act.

The series challenges her privilege, and the irony of some of her interactions cannot be missed. In a flashback, she is disgusted by Sapna, her maid, for not bathing before coming to her house, even when she clearly knows that water is a luxury for Sapna. When Shalini is made to work as a maid after her capture, her employer tells her, “I hope you bathe before coming.” The irony is so stark that it is almost painful, but it also a powerful reminder that the privileged will never know the actual consequences of a country’s politics, until they are no longer protected by money or privilege.

“Leila” explores religion, gender, caste, class and privilege with a boldness that makes sure the show and its characters will not be forgotten easily. This revolutionary series is a must watch, and an important moment in South Asian pop culture and entertainment.

Do not miss out on this Netflix original. But warning: This is not for the lighthearted.