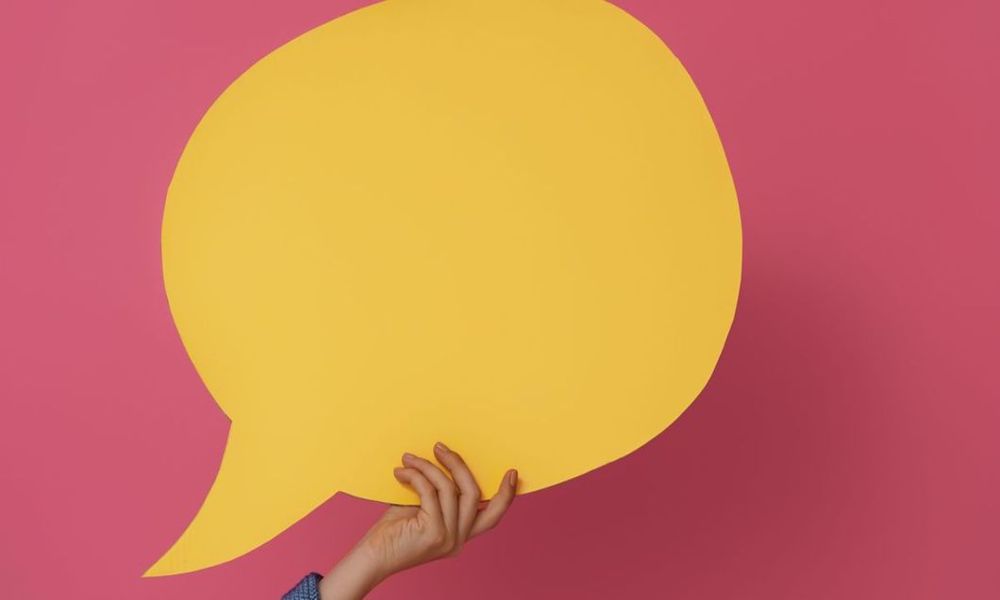 To stammer is to speak with sudden involuntary pauses and a tendency to repeat the initial letters of words. I have had a stammer since I started speaking. Over time, I have made certain stylistic alterations in my speech to reduce the occurrence of a stammer. In this process, I have learned that people who stammer are complex individuals. We can be active participants at conferences and other public speaking platforms, and at the same time, we would struggle to pronounce our name on a phone call. We can be writers, leaders and excellent communicators, and at the same time, we would recoil at sounding out certain syllables.

It’s very normal for a Person who Stammers (PWS) to be two opposing things at once. I’ve never considered my stammer to be a disability. However, everybody stammers differently and in certain circumstances, a stammer needs to be addressed as a disability that requires as much attention as visible disabilities. Over time, I have noticed certain parallels between stammering and systemic oppression. From offices to classrooms to coffee tables, an implicit form of ableism is consistently promoted. Ableism is a form of discrimination that favours able-bodied people. The term has now incorporated mental health as well.

Within the South Asian community, a form of unrealizable perfectionism has been fostered. This is particularly visible within academic spaces where disability is perceived through the lens of incapability, vulnerability, failure and dependence. It is common for South Asian households to partake in sympathetic conversations around disability that often conclude on a condescending note.

In societies that value individuals on the basis of perfection and productivity, ableism is common and dignity is bargained. In India, ableism is often compounded with other forms of discrimination such as casteism, colourism, and sexism. The worst part is that the ableist narratives that pervade society, the workplace and even the constitution pose disproportionately graver consequences for certain communities such as women and women of conventionally lower castes.

Stammering and sexism share a very nuanced relationship. Women who stammer are victims of a form of dual discrimination in patriarchal and ableist societies. Hence, there is an ingredient of intersectionality to how society responds to a stammer. Women face continual tone-policing, which leads to a greater amount of marginalization due to their stammer. Internalized misogyny and institutionalized sexism have proven to be unhelpful in the promotion of the disability rights of women. Within corporate corridors and the political arena, women are not expected to be leaders and when they do find themselves in a position of leadership, they face many barriers. These barriers have an aggravated impact on women who have a disability.

[Read Related: Why Living with a Disability Doesn’t Make Me Any Less ‘Marriage Material’]

Even academic institutions house sexist pedagogy which results in male students who stammer being fostered and supported, while female students who stammer are often neglected. Added to that, men and women respond differently to any anxiety and agony stemming from disfluency. While men tend to be more vocal and aggressive about it, women tend to go into a shell. This further complicates the process of seeking help since stammering, being an invisible disability, becomes entirely latent if the PWS does not engage in dialogue.

School counsellors regularly overlook female students who may need help. The statistic claiming that men are five times more likely to stutter than women has only strengthened this practice of neglect. Women who stammer are pushed into the disability closet and compelled to express shame about their disability. A stammer is often taken seriously when it comes from a man since it can hinder communication and decelerate personality development, which will eventually cut down his career prospects because of the ableist recruitment policies of capitalist organizations. However, when a woman stammers, it is dismissed as a symptom of timidity which is viewed to be a feminine attribute. This notion is pushed forth by the fact that personality, profession, and prosperity are never considered priorities when the person concerned, is a woman. Hence, the only option left for women who stammer is to disallow their stammer from becoming a hindrance in their professional growth but when women do so, it is labelled as a radical, irrational, or unsanctioned act. All these complications make it much easier for men to overcome a stammer.

The office is the place where implicit bias, stigma, and stereotypes become increasingly evident. Ironically, the ableist narrative that surrounds offices is indirectly supplemented by the benevolent ableism within academic spaces. While gender-based discrimination and class-based discrimination have contended sufficiently, ableism still goes unchecked. Ableist narratives are quite common at the workplace, often fuelled by a productivity-driven, capitalist agenda that actively sidelines the fact that most of the disabled community can still make for efficient employees provided they are given a position in the organization that empowers them to do work that falls under their capability. However, it is fairly common for a PWS to face discrimination while being recruited.

A study by Dr. Clare Butler of Newcastle University Business School found that every one of the 36 men who were interviewed experienced “routine discrimination” at the hands of employers. What you must note here is that none of the participants in the interview were women. Further, a number of capitalist organizations have an ableist recruitment policy, which deploys insensitive language towards people with a disability and a critique of such language is often unwelcome. Apart from hindrances during recruitment, people with a disability often get caught in the “assistant trap.”

It is important to understand that not promoting employees because of their disfluency and despite their performance is blatant injustice.

In Indian society, with its deeply-rooted systems of casteism and Brahmanical patriarchy, it is no surprise that Dalit women are likely to face relatively greater repercussions of speech impediments. Within the Dalit community, medical support for invisible disabilities is often unavailable, inaccessible, or unaffordable due to the social ostracization, indebtedness and political precariousness faced by the community.

The rampant discrimination against the Dalit community has deprived them of essential financial, medical and educational resources, thus making it significantly tougher for them to seek support and counselling for invisible disabilities, particularly mental health disorders which are often viewed as an ‘urban issue.’ When the community lacks resources to fund medication for visible illnesses, invisible and internal ailments will go unattended. This will eventually cripple their ability to seek employment and gain steady incomes, which will again force them into the position that they came from. It is a politically-motivated unending cycle of deprivation. A lack of access to necessary education and welfare services will only make Dalit women more and more deprived of these resources. Poverty is not a choice but a consequence of social structure.

In India, the only law that protects the disabled from discrimination in the workplace is the ‘Persons with Disabilities (Equal Opportunities, Protection of Rights, and Full Participation) Act’ from 1995. Additionally, India has signed the UN Convention on the Rights of Persons with Disabilities. However, under the act, only the following categories of disability are protected:

The law does not cover speech disorders despite the fact that they are very prevalent and generally treatable. This places a PWS in a place of insecurity since there is no legal framework that directly accounts for the discrimination faced due to speech disorders. The law needs to be amended where it specifically incorporate a category for speech impediments, albeit stammering qualifies as pathological in certain situations, speech impairments constitute a separate section under disability.

If we seek to counter ableism today, we will have to simultaneously counter sexism, classism, casteism, ageism and other forms of oppression that act in coordination with ableism; forms that are so nuanced that the struggles of those who face dual discrimination do not become a part of mainstream discourse.

Collectively and unanimously, we must change society. We must change our behaviour towards people who stammer and enhance our understanding of invisible disabilities. We must understand that by altering our mentality, we have the power to change the lives of multiple people. A shift in thought process will force the workplace and the law to change, which will directly remove the barriers that are faced by people who stammer. It is a long journey, but it is high time we started.

I'm an 18 year old author, poet and spoken word artist from Bombay, India. Most of my work surrounds politics, art, culture and law. I have previously published my writing on Live Wire, Feminism in India, Coldnoon, Thought Catalog, Age of Awareness, Mental Movement Magazine, Medium, Yellow Medicine Review and so on. I have been an editor and contributor at Youth Ki Awaaz. Currently, I'm working on an upcoming piece about emotional intelligence.