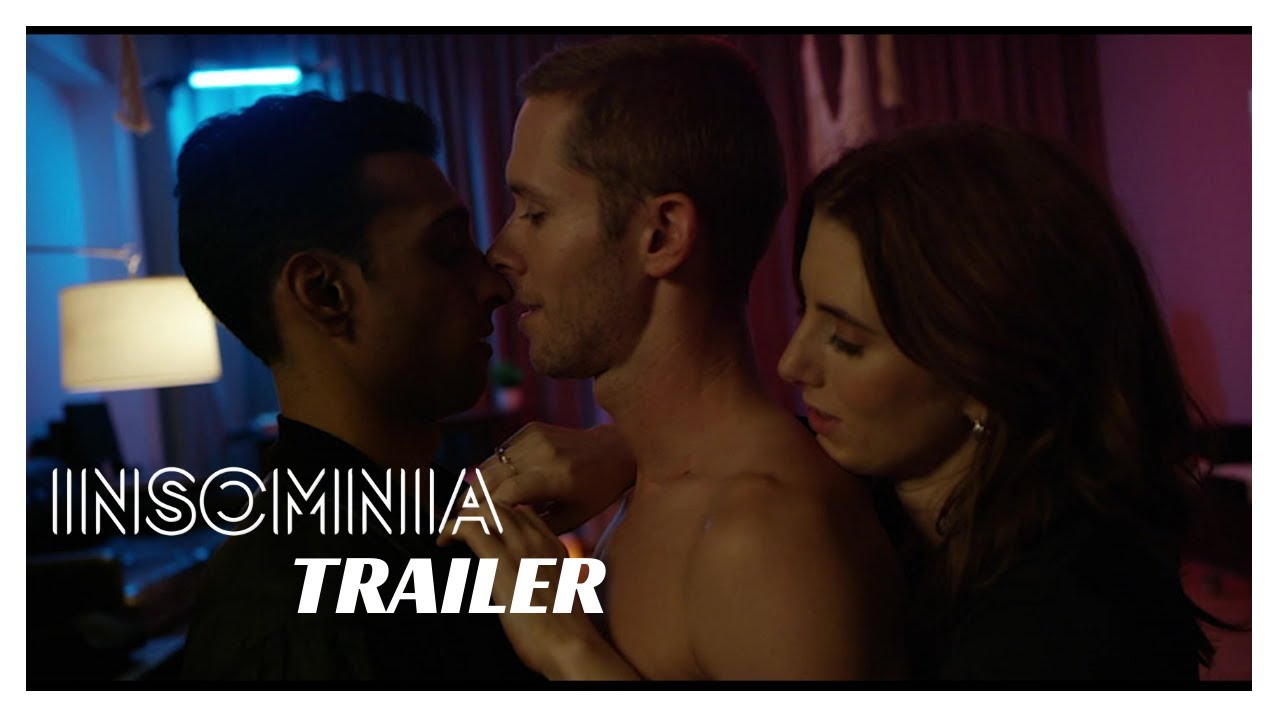 Opening a new show on a sex scene is a bold move in any case, and when the scene includes an Asian man, a South Asian man, and Star Wars masks, it’s already obvious Vishaal Reddy’s “Insomnia” is unlike anything before it. Created by and starring Vishaal Reddy, “Insomnia” tells the story of Nikhil, who sometimes goes by the name “Miles.” Hey, all we desis know it’s often easier to whitewash our names than deal a litany of questions like “Is that how you say it?” “How do you pronounce your name?” and too long of pauses during roll call in elementary school until the rest of your life.

Miles spends his insomniatic nights as an escort. Nikhil spends his days working in a publishing job he hates. He is bisexual. He takes care of his aunt with MS. He hangs out with his brown friends. He uses Tinder. Everything about Vishaal Reddy’s “Insomnia” strays from conventional portrayals of South Asian characters, especially in terms of sexuality and how in control every character is of their own.

What keeps audiences watching “Insomnia” is the careful storytelling that takes Nikhil from what could be just a caricature of an edgy, oversexualized character, only interesting because of how rare that is for a brown man to portray, to a slowly built complex person leading a superficially contradictory but inherently human existence.

Consisting of six episodes, each less than 15 minutes long, the plot moves forward with Nikhil often breaking the fourth wall in inopportune moments to fill the audience in on his background and point out the irony of the moment since most episodes start in the very middle of all the action. With the first two episodes of the show released so far, it’s apparent that “Insomnia” is fast-paced, to the point, and does not give you a moment to be bored, so put away those second screens unless you want to keep rewinding to figure out what you missed every 30 seconds.

The pilot episode introduces Nikhil as Miles, an escort by night, with one of his regular clients, David. As he is about to leave, David asks him to stay the night, and after some questioning about this change of plan, David reveals that his husband died a year ago that day. As the night progresses the interaction slides from professional to emotional as we find out why David has a Star Wars fetish (his late husband was a fan), that Miles’ real name is Nikhil, and that Nikhil is bisexual. The show adeptly slides between moods, from serious to humorous to heartfelt and touches on often taboos issues in the South Asian community with impressive dexterity.

The following episode shows Nikhil in a completely different environment. He is having lunch with his MS-ridden aunt who still claims she doesn’t need his help, though she clearly does. Nikhil serves as her caretaker even as she fights it, but in turn, his aunt isn’t afraid to call him on his own BS, including his lack of open emotion about his mother’s suicide and unwillingness to talk to her about it. She withholds a letter left from his mother to him, saying he hasn’t proven to her that he is ready to handle its contents.

“Insomnia” brings visibility to the real, layered, complicated lives South Asian Americans lead every day, rather than the often stereotypical desexualized nerds that South Asian characters are portrayed as in mainstream media. While in real life, older generations of South Asians might not be willing to talk about sexuality, mental health, unfulfilling careers, and the way these identities intersect, “Insomnia” brings to the screen a new generation that walks the line between our heritage and modern reality, because South Asians aren’t exempt from progressing beyond stereotypes.

Stay tuned for more reviews of each episode of Vishaal Reddy’s “Insomnia” via BrownGirlMagazine.com and watch the series via YouTube.