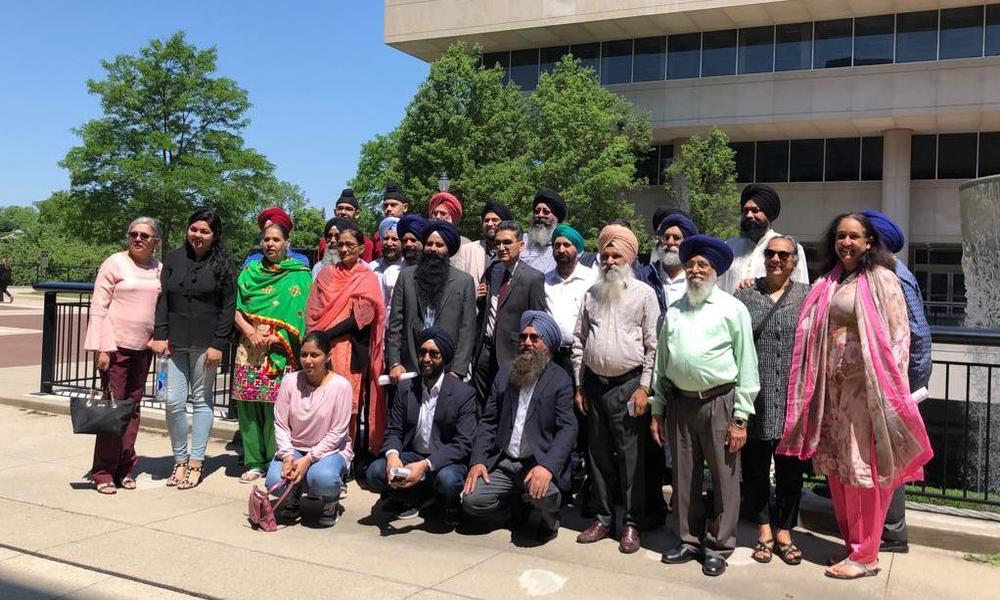 One month ago, the Michigan Board of Education voted 6-2 to pass new social studies standards which included Sikhism for the first time ever. This means that once Michigan implements these standards, every public school student across the state will have the ability to learn about Sikhs in their classrooms.

Before the final June 11 vote took place, I witnessed history as Sikh community members from across the state sat down before the Board and petitioned them to pass the proposed standards. Eight-year-old Avreen Kaur was the youngest voice to share how the new standards would impact her life:

Most people don’t know much on Sikhism, and if we were taught in school, it will help kids understand who I am.

In Avreen, I recognized something I never realized I needed. A Sikh girl, standing up there alone, fighting with everything she had for a decision that would positively impact her, the greater Sikh community and the 1.45 million public school students across Michigan.

Growing up as a Sikh woman, it has always been difficult to identify role models in the public sphere who looked like me. This, in part, could be attributed to attending a school district that was majority-white and learning a curriculum that lacked diversity in its structure. In fact, the only time I heard the term “Sikh” mentioned in a class was during high school when a history teacher referenced my faith and community while teaching about post-9/11 discrimination and backlash.

Schools play a large role in teaching children how to navigate the world, and more importantly, what they are taught influences the opinions they form about themselves and the environment around them. If I could not see myself in what I was learning, how could I feel validated in my lived experiences?

Millions of Americans representing diverse communities throughout the United States continue to bear this vulnerability in our nation’s classrooms and it further reinforces why Avreen’s testimony carried such weight. Witnessing Avreen petition the Michigan Board of Education to pass standards that would give her classmates the ability to learn about her faith, I knew immediately that future generations of Sikh children in Michigan’s public school system would be able to go to school being proud of who they are.

It is critical that our nation’s education standards are as diverse and inclusive as the people who have shaped this country. Moreover, teaching children in public schools about the many different faiths and cultures that comprise the depth of the American experience is a proactive way to combat hate and bigotry.

For over a decade, the Sikh Coalition has been leading a campaign that will ensure every public school student in America has the opportunity to accurately learn about Sikhs in their classrooms. Their efforts thus far have resulted in 41 percent of public school students in America gaining the opportunity to learn about Sikhs in their classrooms. Michigan is only the latest state but it will not be the last.

Ultimately, this is about much more than Sikh inclusion. This is about our nation’s schools becoming the catalyst for conversations that break down barriers and validate lived experiences. It is so easy to hate another because of how they look. Take the extra step to educate and realize how easy it is to love.

Rajanpreet Kaur is the Media and Communications Manager at the Sikh Coalition – the nation’s largest Sikh civil rights organization. Previously, she graduated from Rutgers University and has been featured in Kaur Life.