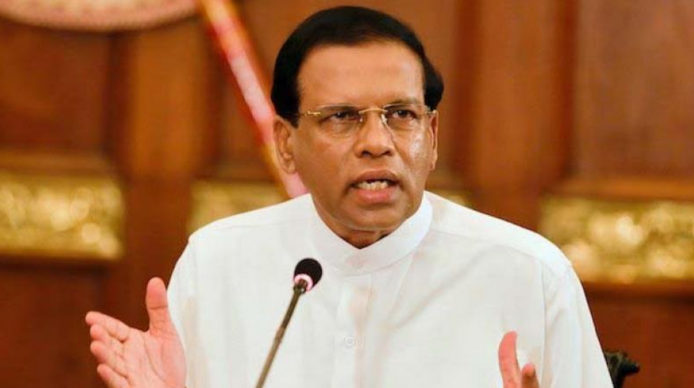 Sri Lankan President Maithripala Sirisena announced that he signed death warrants for four drug offenders, a move that would end the island’s 42-year-old moratorium on the death penalty/

The executions, if they do take place, will be the first in the country since 1976. The announcement was met with both local and international condemnation, with human rights organizations and activists urging the president to reconsider his decision, to no avail.

As it stands, Sri Lanka retains the death penalty within its legal system. Capital punishment was abolished and then reintroduced after the country gained independence until the new constitution decreed that executions should be decided by a trial judge, authorized by the attorney general and minister of justice and ratified by the president, which effectively put an end to the implementation of capital punishment.

Former President Chandrika Kumaratunga attempted to reintroduce the death penalty in the mid-2000s, eventually yielding due to strong public sentiment against it.

Public opinion does not seem to have changed since. Protests have been held in objection to the president’s decision, and countries like the United Kingdom warned of severe consequences should Sri Lanka resume executions.

[Read Related: Florida’s Amendment 4: Voting after Incarceration, What You Need to Know]

Sirisena, however, remains undeterred, going as far as to state that those opposed to the decision were “aiding and abetting the drug traffickers.”

Sirisena’s resolve to crack down on drug dealers was inspired in part by Philippines President Rodrigo Duterte, whose war on drugs has resulted in an average of 33 people being killed daily in the country since he came to power in July 2016.

Duterte’s brutal campaign, which Sirisena has praised, has been accused of grotesque human rights abuses and his policies have targeted the most vulnerable communities in the Philippines. A war on drugs was a prominent part of Sirisena’s manifesto upon his election in January 2015.

While his initial campaign against drugs was successful, the government is yet to invest in a dedicated drug rehabilitation program, an endeavor that is unlikely to occur with the president’s term likely ending later this year.

Only six months ago, Sri Lanka voted in favor of a global moratorium on the use of the death penalty at the UN General Assembly. Last week, Sirisena said he rejected U.N. Secretary-General Antonio Guterres’ appeal to reconsider his decision.

Nevertheless, he faces a number of legal obstacles in his pursuit of reinstating the death penalty. As many as twelve petitions have been filed in the Supreme Court challenging the recommencement of executions.

The attorney general, commissioner general of prisons, minister of justice and the superintendent of the Welikada Prison have all been named as respondents in these petitions.

The Supreme Court on July 5 issued an interim order against the implementation of the death penalty, ordering that no executions be carried out until October 30. Whether a misguided ploy at gaining votes come election season or a last-ditch attempt at cementing a legacy, Sirisena’s demand will not come easy — if it comes at all.