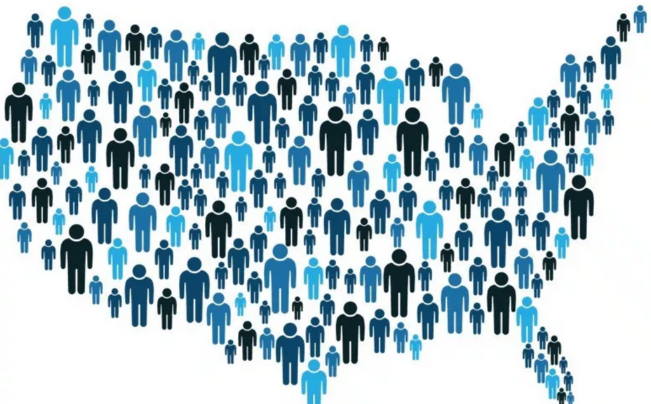 In a Rose Garden ceremony in July, President Donald Trump announced he would drop efforts to include a citizenship question on the 2020 census. Instead, he spoke of his plan to sign an executive order requiring citizenship, non-citizenship, and immigration data from all U.S. agencies to be provided to the Department of Commerce.

“We have great knowledge in many of our agencies. We will leave no stone unturned” Trump said, alongside Attorney General William Barr and Commerce Secretary Wilbur Ross at the Ceremony.

Attorney General Barr stated that the government had “ample justification” to why they would like to require a citizenship question be answered on the census, however, they did not have enough time to fight their case without impeding on the ability for the census to be carried out and distributed on time.

This decision comes after June’s Supreme Court ruling in Department of Commerce vs. New York which froze President Trump’s plan to add a citizenship question on the census. The question would have read, “Is this person a citizen of the United States?”

This ruling came, in large part, due to Chief Justice John G. Roberts Jr.’s issue with the grounds on which Commerce Secretary Ross was basing his reasoning for demanding this question, more so than being concerned with the actual contents of the question.

Ross’s initial argument was that “the question has been a longstanding historical practice asked in some form or another for nearly 200 years,” The New York Times reported. But, the fact remains that when asked on the census the question has historically been intertwined with issues over race or immigration, a detail Ross did not mention.

With the importance of this form in mind, the Supreme Court ruled the reason provided for having the question was artificial and had possible discriminatory intent. It was also doubtful if Ross even had the proper authority to make this inclusion and whether or not he had followed the right legal procedures.

“Accepting contrived reasons would defeat the purpose of the enterprise. If judicial review is to be more than an empty ritual, it must demand something better than the explanation offered for the action taken in this case,” Chief Justice Roberts wrote in his opinion.

Having such a question on the census, a form distributed to families across the nation would put a lot at stake for minorities, NPR said. Research by the United States Census Bureau suggested that it would result in an undercount of about 9 million people, all discouraged from taking part in the census.

It would heavily impact states and urban areas with large immigrant populations, communities of color particularly  Latinx people- all communities that lean towards voting for Democrats.

This would have a long term impact on political representation and government funding remains until 2030, as census results are used to determine each state’s share of congressional seats and Electoral College votes, as well as how billions of dollars are distributed for federal aid.

Before giving up on the matter entirely and proposing an alternate plan to avoid not completing the census forms on time, President Trump was vocal in not backing down. He tweeted his frustration with the situation regarding the citizenship question and appalled that the court required him to provide extensive reasoning.

Seems totally ridiculous that our government, and indeed Country, cannot ask a basic question of Citizenship in a very expensive, detailed and important Census, in this case for 2020. I have asked the lawyers if they can delay the Census, no matter how long, until the…..

The Trump reelection campaign even sent emails to supporters that required them to complete an online survey that polled whether or not they thought there should be a question inquiring citizenship status placed in the 2020 census.

The email read, “We can’t Keep America Great for all Americans if we don’t know who’s in this country.”

Showing support for the ruling by Chief Justice Roberts were liberal Justices Ruth Bader Ginsburg, Stephen G. Breyer, Sonia Sotomayor and Elena Kagan. They all believed that Ross’s reasoning for adding the question, that it was a request by the Justice Department to help in the enforcement of the Voting Rights Act, was not adequate and it fell apart under examination, The Washington Post reported

According to National Public Radio (NPR), the House planned on voting to hold Barr and Ross in contempt of Congress for their refusal to comply with subpoenas relating to key documents relating to the investigation regarding the citizenship question. These documents have the ability to indicate the truth on why the Trump administration wanted this question added.

With no valid legal justification for their refusal to comply, both Barr and Ross are urged to comply with these subpoenas before a contempt vote occurs.

The decision to not add the citizenship question to the 2020 census temporarily controls the debate between Trump, civil rights groups and state and city officials, who warned that the question would decrease participation among immigrant communities.

Although it is currently unclear, what legal challenges the President’s new approach brings, civil rights and immigrant advocacy groups have said they will closely review the order.

“We are not backing down on our effort to determine the citizenship status of the United States population,” President Trump said.